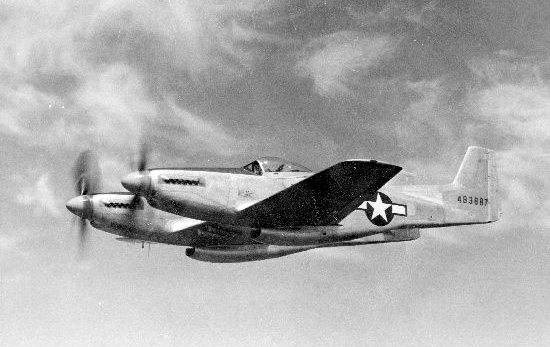 April was a very good month!! 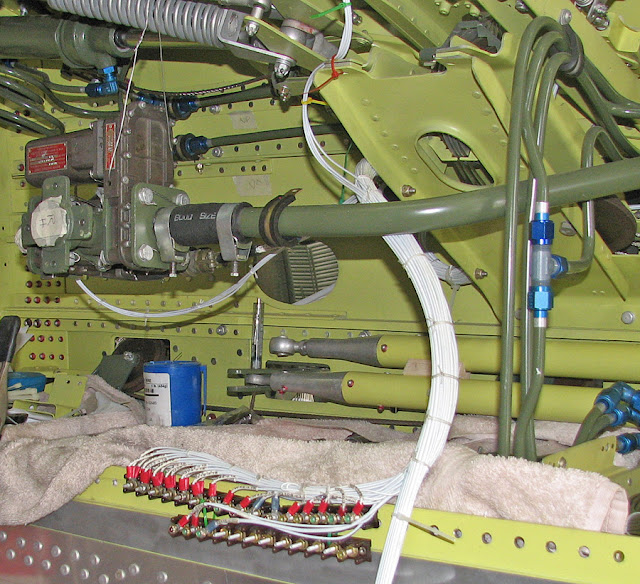 The center section is nearing completion.  The wiring bundles are all installed, less the lacing cord tie-ups and Adel clamps.  I am just starting to terminate the wire ends onto the applicable terminal strips.  The time-consuming part on the electrical will be soldering all of the Cannon plugs in the right-hand cockpit floor where all the wires come cross-ship from the pilot’s side.  To give an idea of how much wiring is in the center section, just the wiring bundles weigh over 200 lbs.  It is a very electric airframe. 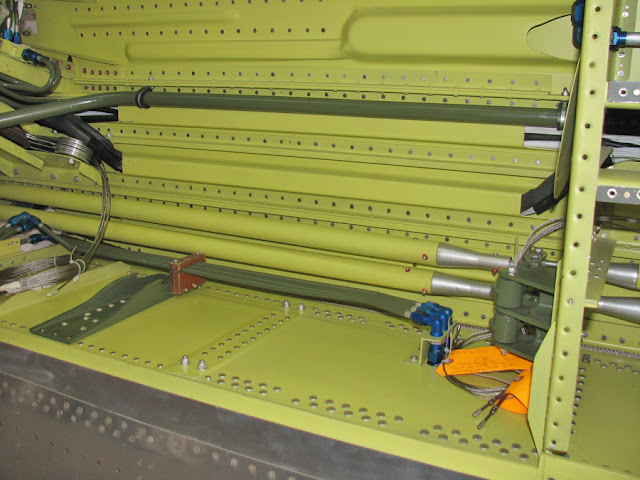 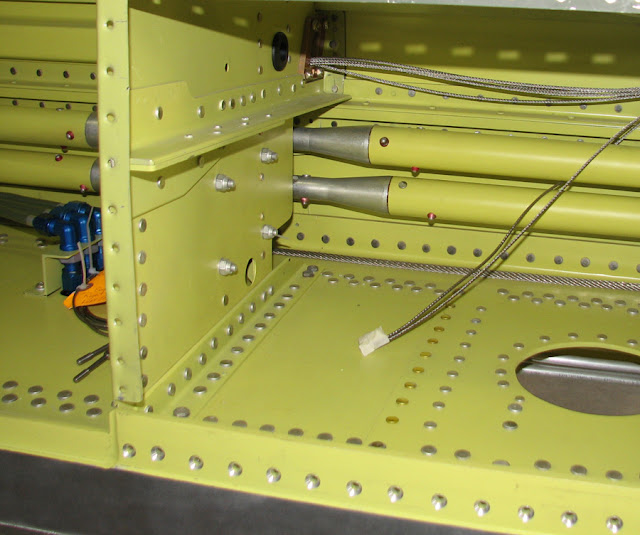 The cross-ship control rods, which link the aileron and elevator from the pilot to the co-pilot, are now 90% completed (waiting for one more large bell crank fitting).  Randall, Paul, Ayman and Jeremy have completed the final milling and fitting of the latching rails for ammo bay doors.  Vic (Erie) machined the base shape of each one, and Randall had to fit them and then calculate where the cutouts were for all of the ribs and the matching ammo bay doors. 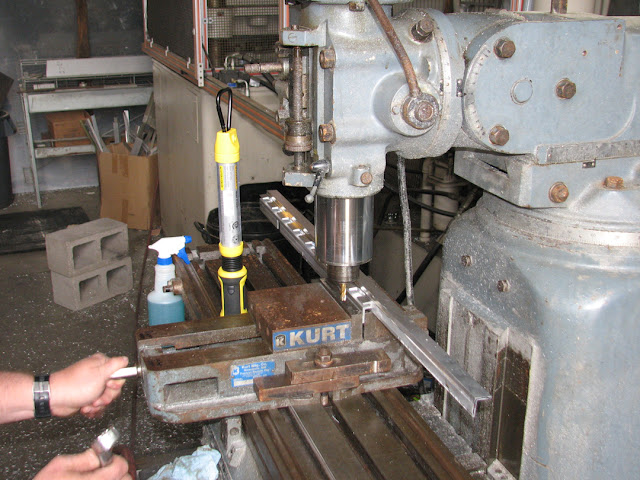 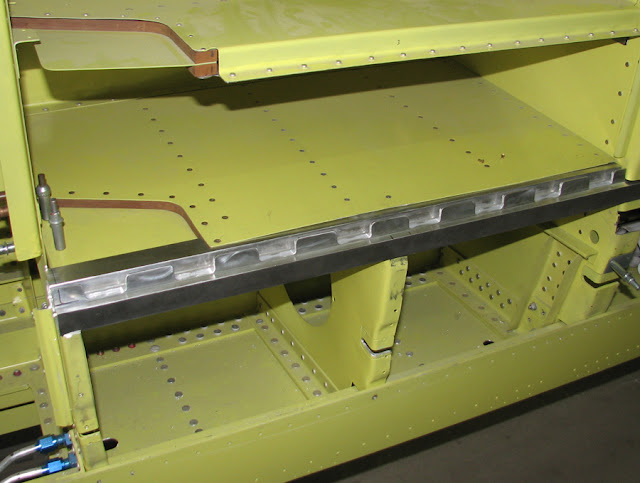 We have also installed the gear scissors and the up-lock mechanism in the center section.  We were advised  that the new main wheels we obtained about two years ago were slightly wider than the original XP-82 wheels.  We matched them up with an original wheel that we received with the project and found that it needs only 3/8” milled off the backside of the flange.  Both style wheels were made out of the same casting. The XP-82 wheel was just machined the 3/8” thinner, not affecting the base strength. 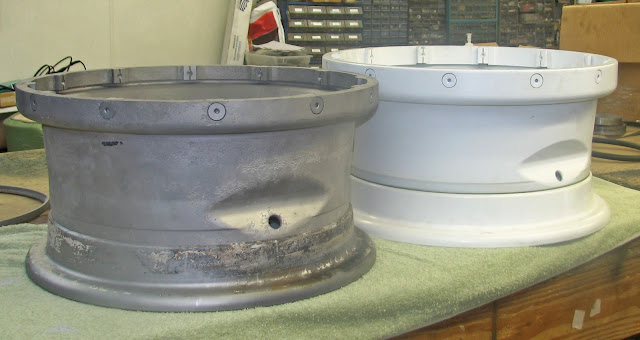 John, one of our most recent investors, machined eight new bomb rack sway braces and now all have been installed in the bottom of the center section.  Beautiful job. 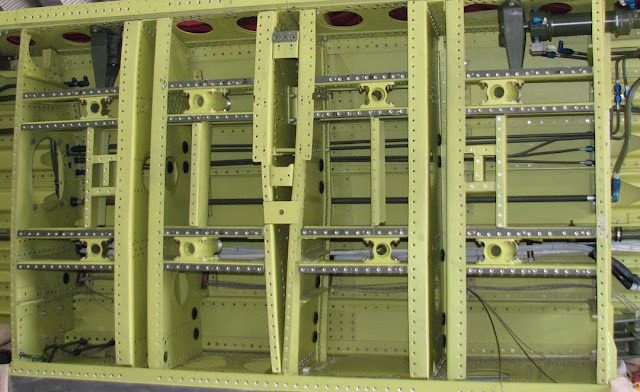 I am in the process of bending the 1” aluminum tubes which carry the fuel from the fuel shut-offs to the C4 fuel strainer on the back of each firewall.  With the amount of bends each one must have, when these tubes are done, they will look like a pair of pretzels.

I am down to only one line to install cross-ship in the center section: a low-pressure #5 line which pressurizes each outboard wing drop tank to facilitate fuel flow from the drop tanks at high altitudes. 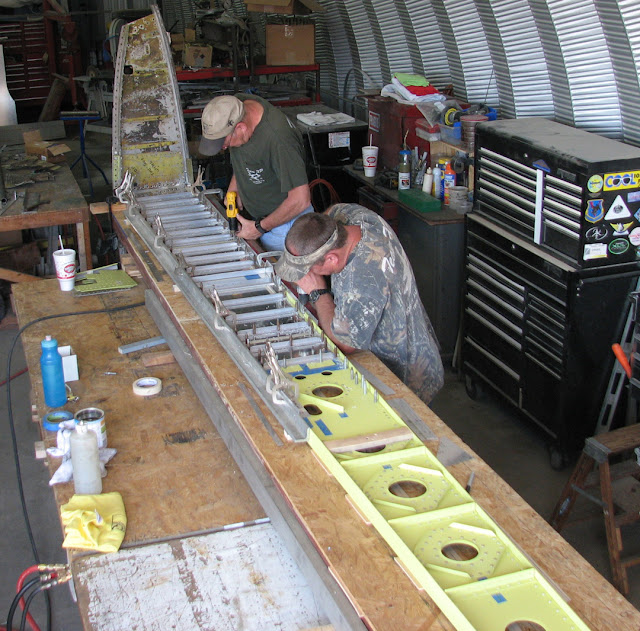 All of the outboard wing ribs are now completed through soft-forming (bunches of them). Next week we will make a temporary set-up form on top of our long assembly table to fit the ribs in between the three spars.  When all of the fitting is completed, Weezie will take the zero-temper ribs and spar caps to Thrush for heat treating up to T-4. At that time the permanent steel wing fixture will be manufactured and attached to our center section for final wing set-up and assembly. 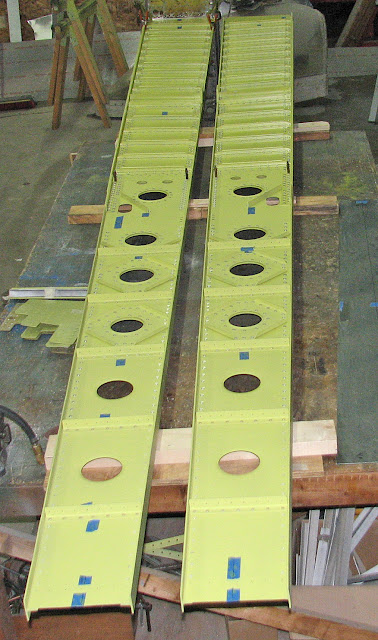 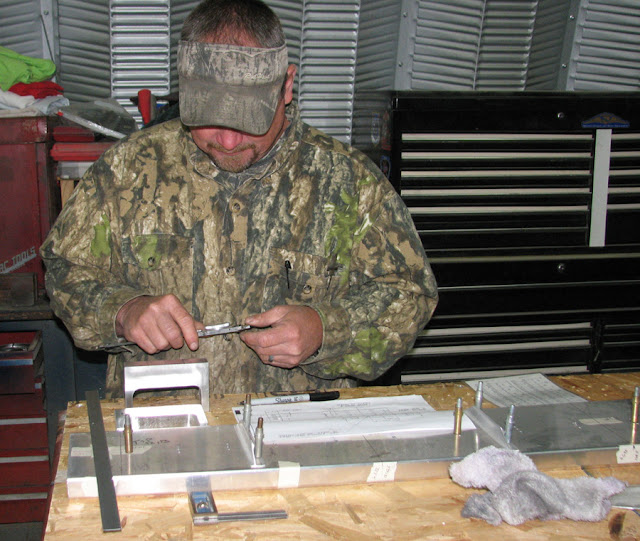 Completing one of the bomb rack supports in the outboard wings. 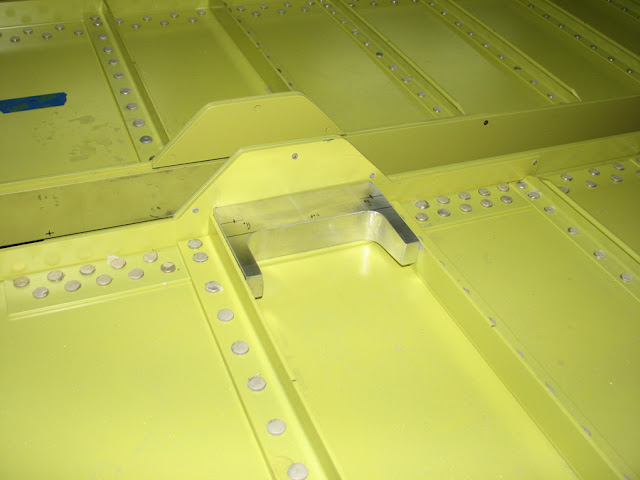 One problem we have had with the outboard wings is that none of the salvageable or copyable parts that we got from Odgers or the Colorado scrap fit our XP wing design. All of the “E” and later model designed F-82 wings were a completely different airfoil design than our XP.  The XP wings are dramatically smaller in chord dimension.  A “chord” is the forward and aft measurement from the leading to the trailing edge of the wing. However, we were able to salvage a number of jack points, bomb and rocket rack castings out of the P-51 “H” model wing that we had, and were able to use in our XP wings. Finding these P-51  “H” model parts to use, we were able to save a considerable amount of machine work expense.

In April I lost a week of electrical work on the center section as I was tasked to mill the last two spar caps for the outboard wings so that the men could complete all of the rib set-ups. 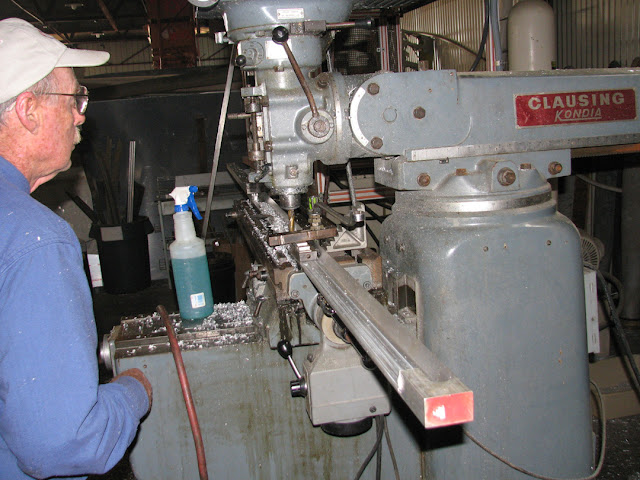 Bumps in the Road
None 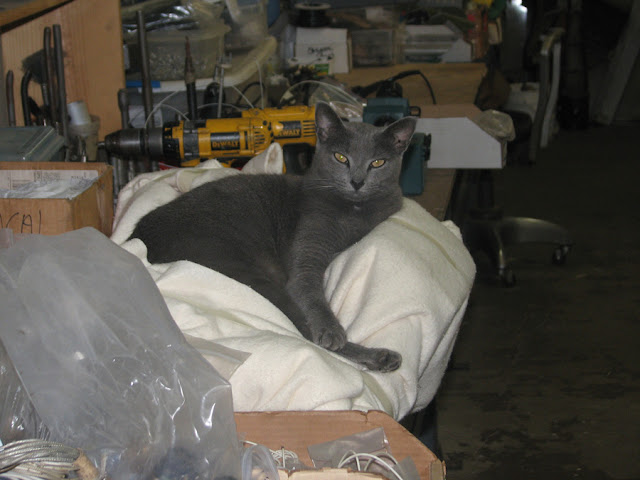 Ouch!  Right after this picture was taken, she was bitten on the butt and is now a guest at the resident veterinarian clinic to get stitched up.

Visitors
We had the AYA/Southeast US Grumman Yankee Owners Association fly in to see our XP-82 restoration project this past Saturday.  There were 22 guests in 12 airplanes.  They really enjoyed their visit and were very impressed with what they saw.

This is the NAA Engineering Flight Test logo.  This art was designed for NAA Flight Test by Disney Studios and was used on all NAA test birds.  Thanks again to Lowell Ford for getting this for us. 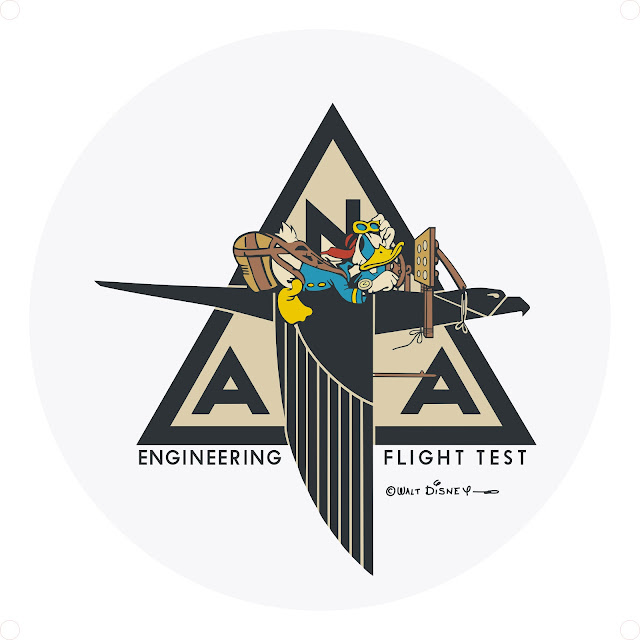 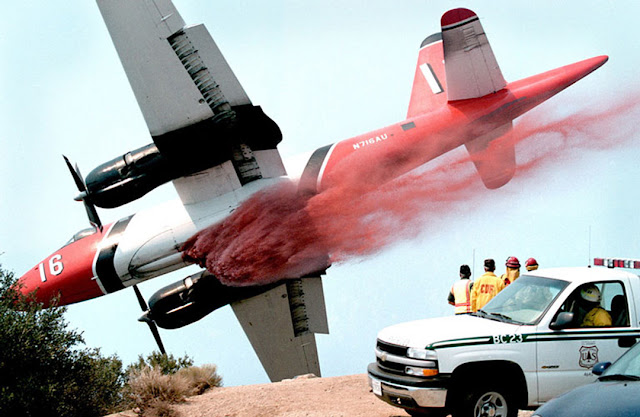 Photo of the Year.  A P2V Neptune just starting a heavy drop of fire retardant
down the close edge of a canyon in California.