Firewall Forwards
Two team members were able to successfully press both exhaust fairings, trim to fit and punch out the twelve exhaust port openings. With a small amount of final hand forming, they had them fit, drilled and attached to both right-hand engine cowlings. They were able to use our 200-ton rubber press machine to initially press the .050-thick stainless steel and finish detail using the newly machined 300 lb. male and female press dies. 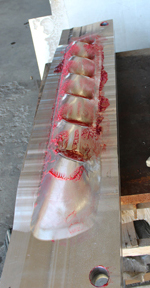 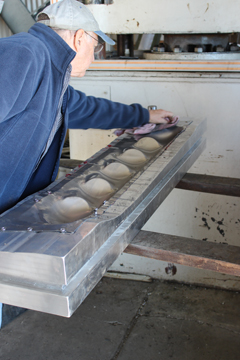 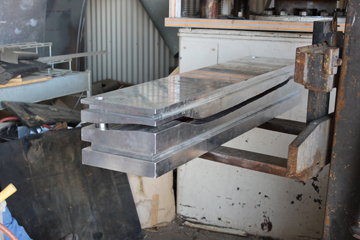 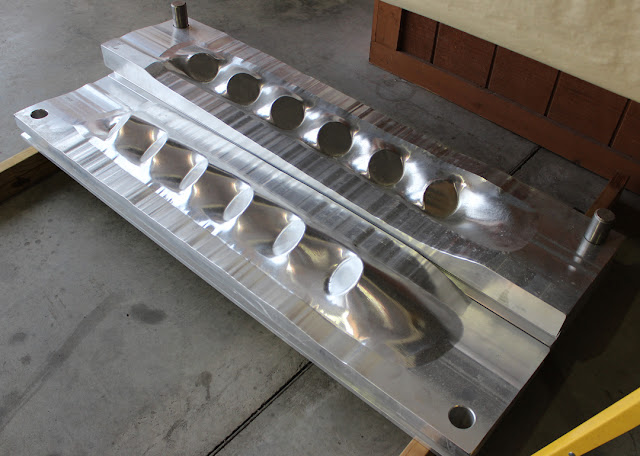 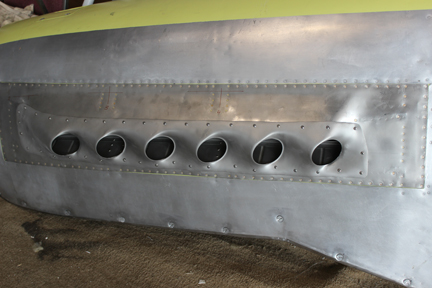 Carburetor Air Temperature Hot Air Door Controls
Mounted in the back of each induction trunk is a door that opens to control the pilot-selected amount of carburetor heat (anti-icing) into each carburetor. These doors are controlled electrically by either pilot from “closed,” to “half hot” to “full hot,” depending on the outside air temperature and humidity during each flight.

The hookup from the electric motor that rotates the air intake barrel back to the slide mechanisms, then down through two 90-degree arms, to a cable, then through a 90-degree pulley and back to the door arm was a difficult geometry puzzle to make them work on each induction trunk. 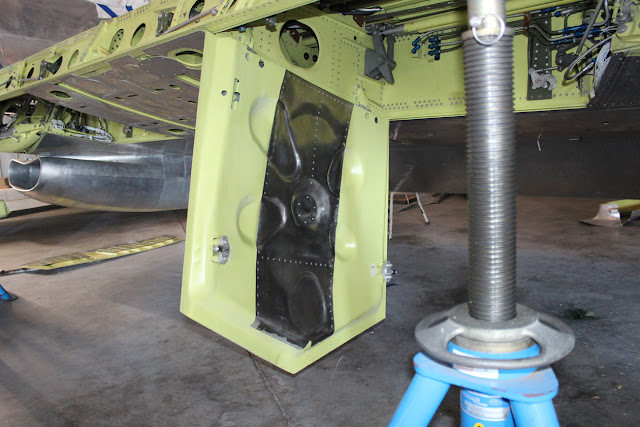 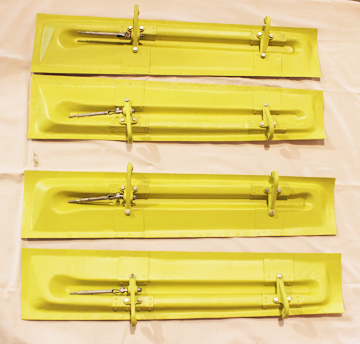 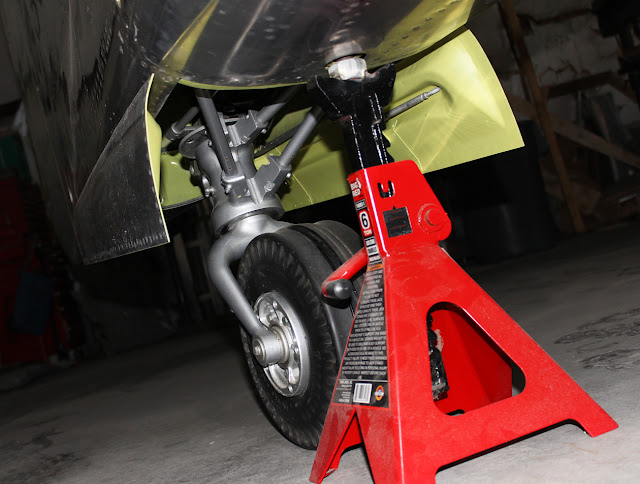 Aileron Bellcranks
We installed the aileron bellcrank boxes, one in each wing. These two boxes have a large cable sector with a lever arm that attaches to a push rod coming from the bottom of each stick. The movement of each synchronized stick (left or right) rotates the cable sector that has two cables attached to it that go out through the wing through two 90-degree pulleys
and then back to another sector and arm that is attached to the ailerons. 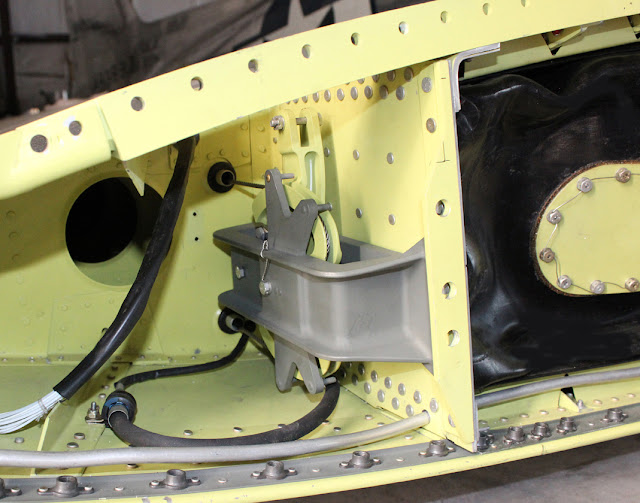 Wing root sector box (above and below) 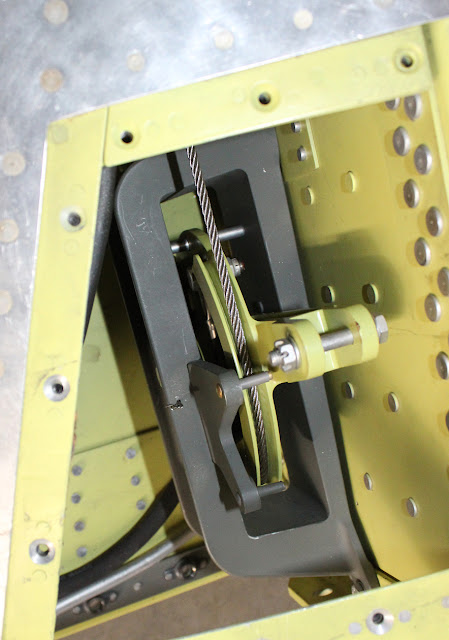 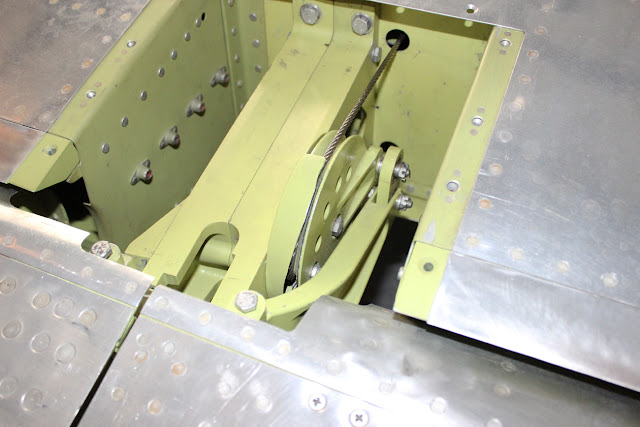 Fuel
Wings/Center Section Fuel Tank Testing
The center section has two 95-gallon fuel tanks, one located underneath each cockpit floor outboard of each gun bay. Each outboard wing holds 205 gallons of fuel and has provisions for two drop-tanks holding a total of 450 gallons under each wing. Each drop tank has the ability to be air-pressurized from the vacuum pump discharge air through a cockpit selector to air force the fuel back to the inboard center section 95-gallon tank. Total internal fuel capacity is 600 US gallons.

In December all six tanks were completely filled with fuel to test for leaks.

Cross-flow Check Valves
There are two cross-flow check valves, one mounted above the belly scoop under each fuselage. These check valves control the fuel flow from the fuel tank boost pump located in each outboard wing and the fuel flow from the inboard 95-gallon tank boost pump to each engine. These valves prevent the outboard fuel being transferred to the inboard tank and vice versa.  Boost pump fuel coming from either tank(s) through the check valve housing will only go forward to the engine. 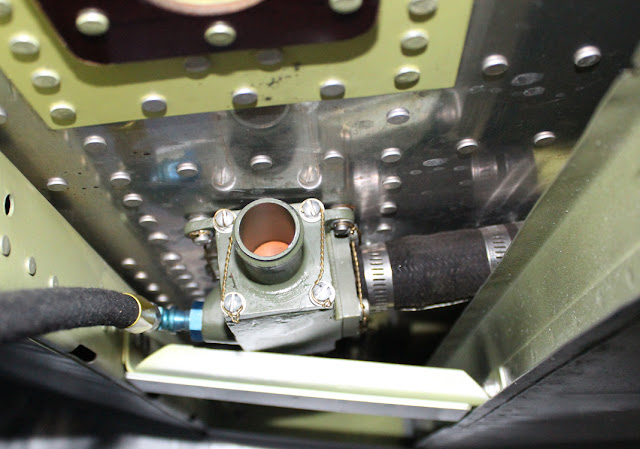 Fuel Shut-off/Cross-feed Valves
These electronic shut-off and cross-feed valves have been final tested and associated hoses attached. These valves are Whittaker guillotine-style valves that have a chrome-plated sliding plate that electrically/mechanically opens and closes off each port. 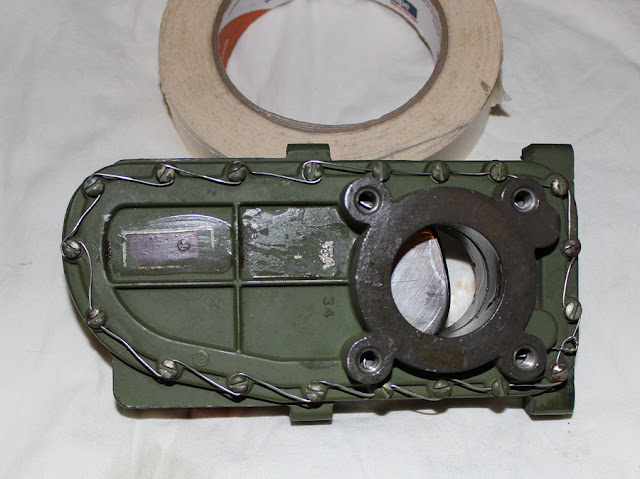 Flaps
The two flap hydraulic cylinders have now been attached to the flap arms and hydraulically actuated, and the flap up-and-down stops have been adjusted. 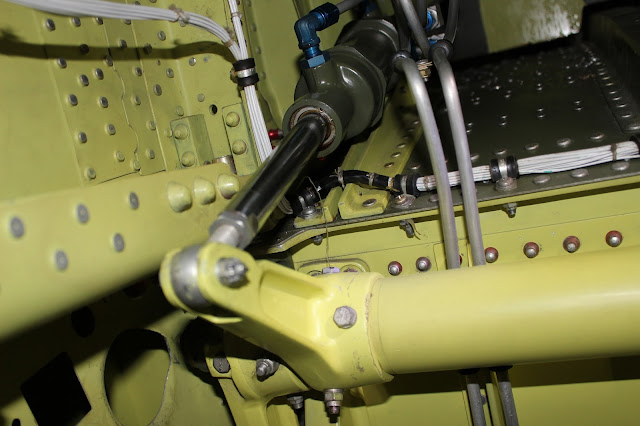 Flap Follow Up Mechanism
This mechanism is mounted on the left-hand cockpit floor underneath the flap actuator handle. It is a mechanism that synchronizes the movement of the flap handle, the flap hydraulic actuator and the position of the three flap panels. 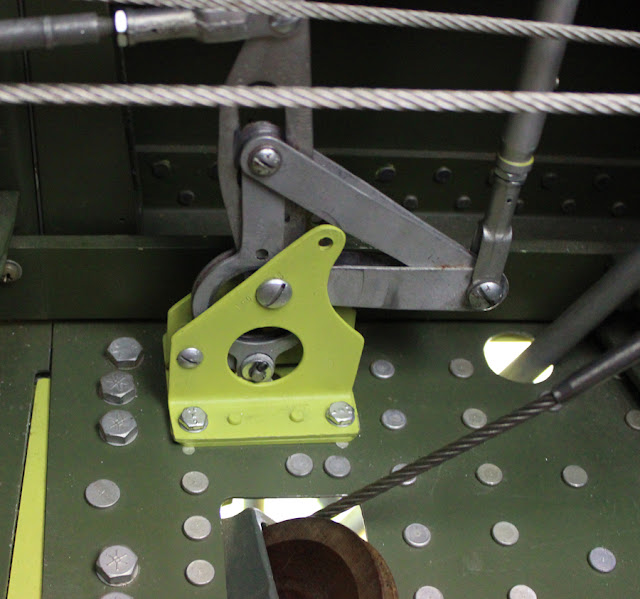 Aileron Trim
The aileron trim bellcrank and chain/cable mechanism has been completed, installed and tested. 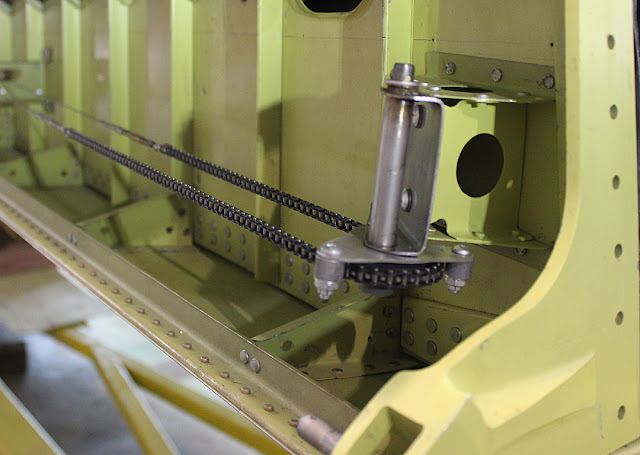 Tail Wheel Unlocks
We were able to manufacture the two missing tail wheel steering unlocks. These unlocks release the tail wheel steering when either stick is pushed all the way forward. They are actuated by the down-elevator cable, one in each rear fuselage. 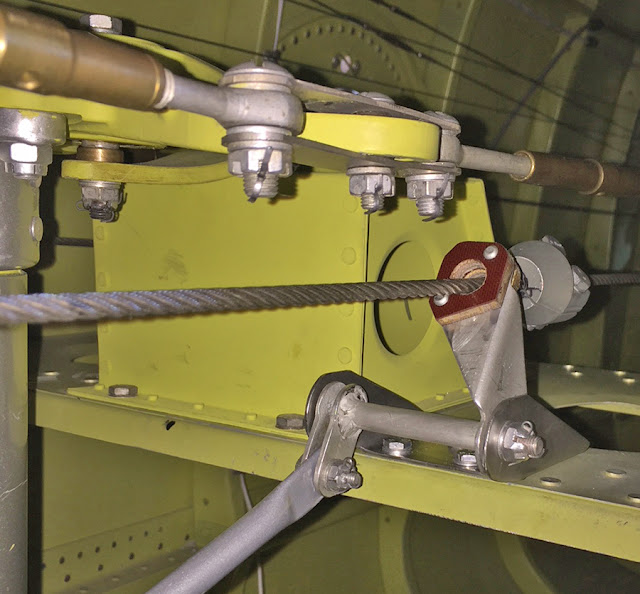 Leading Edge with Six .50 Caliber Gun Ports
The center section leading edge has been left off in order for us to make the final adjustments on the gear door up-lock mechanisms. Now that these adjustments have been made, we have been final fitting the leading edge and its installation will be completed by the end of next week.

The Kat
“With me siting here, be careful where you cut with that large pair of shears that you have in your hand!” 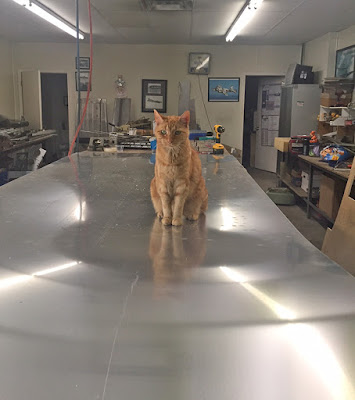