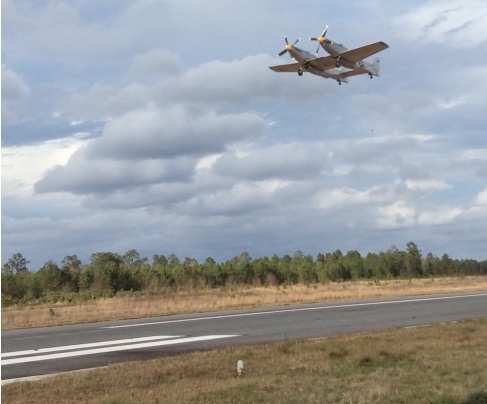 On 31 December 2018, our XP-82 Twin Mustang flew for the first time since 14 December 1949. Although it wasn’t supposed to fly yesterday, all that was planned to do was the last FAA required runway high-speed taxi test, lift off for a second or two and then back down, deploy full flaps and brake to a stop. It accelerated so fast after the planned lift off that Ray, our test pilot, realized that getting it back down and stopping it in the remaining runway would be marginal. So he pushed the power back up and flew for about five minutes.
The unexpected and dramatic acceleration of our XP-82 at 55 inches of manifold pressure occurred because it was approaching three times the horsepower of a single engine Mustang and one and a half times the weight. The XP-82 has 1860 hp each side for total of 3720 hp, compared to 1500 hp for the P-51. Our XP-82 weighs approximately only 1 1/2 times more than a P-51 - 14,700 lbs. compared to 9500 lbs. for the P-51.
The very short gear-down flight showed zero airframe squawks, hands-off no trim required, with all engine temps and pressures normal.
This wonderful test flight came after a 10.5 year restoration encompassing 207,000 labor hours. Many thanks to Ray Fowler, our test pilot, and all of the men and women that made this restoration possible. Thank you, Tom Reilly. 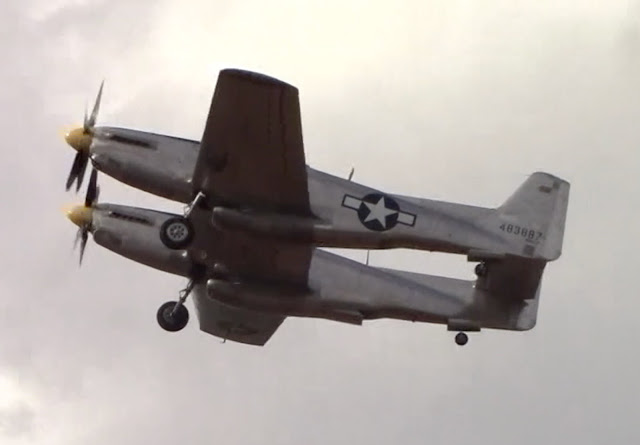 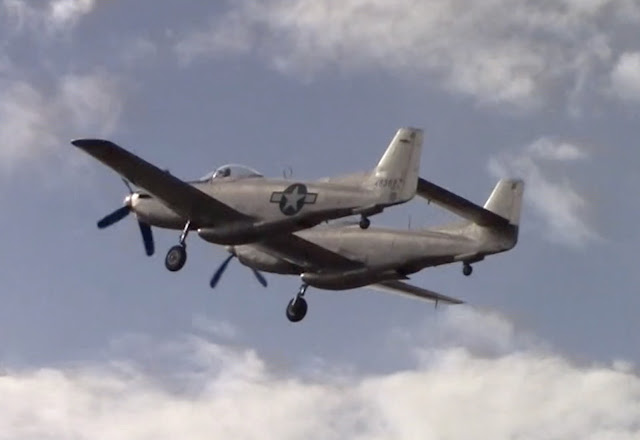