Happy Thanksgiving to All.

We are all moved in to our new hangar.

The final mounting of the right-hand propeller should be completed by the time you are reading this newsletter. 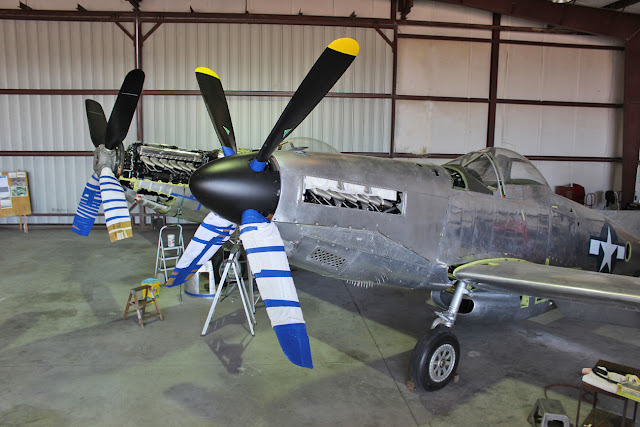 The induction-trunk lower intakes for the right-hand and left-hand engines have now been completed and are being final fit awaiting final sanding and polishing.  These were very difficult forming tasks. The rotating carb air temperature barrel mechanisms and mounting structure are now also fit, but removed for final painting. 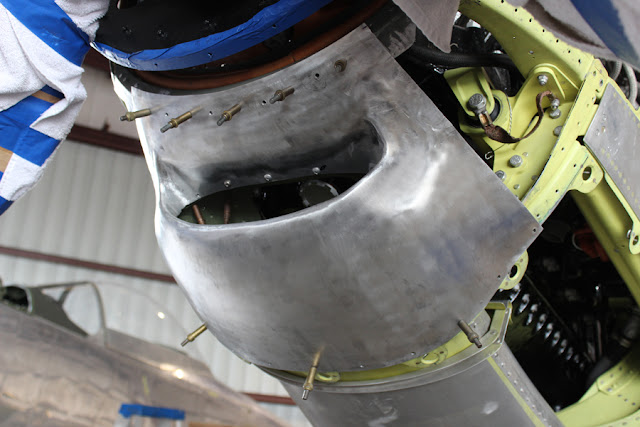 The mounting installation of both heat exchangers (oil/inter coolers) is now complete. They both presented a problem as they interfered with the upper cowling arch framework. We had the original exchanger mounting straps attached to the dishpans, but we did not have the original rings that mounted the exchangers to the straps. When we machined the rings as per the XP plans, the exchangers would mount about an inch higher and not nestle into the two factory-formed notches in the oil tanks. After redesigning and machining the four new mounting rings, the interference problem was solved. 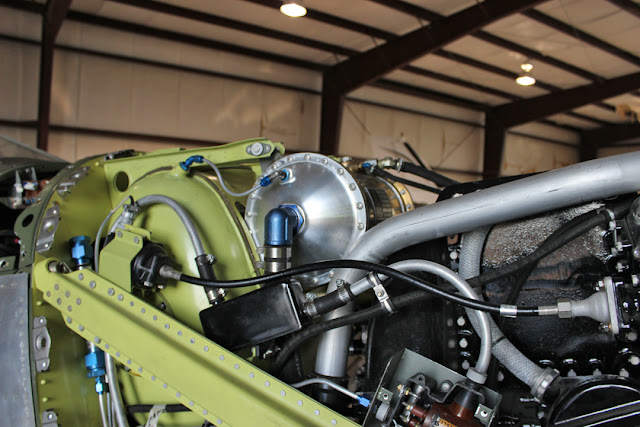 Engines/Props
The test running of both engines, and all of the associated systems, will start in December.

Outboard Wings
The English wheel forming of the two wing tips is progressing rapidly. Both wing tip upper panels are now completed and the two lowers are in production to be completed sometime in mid December. 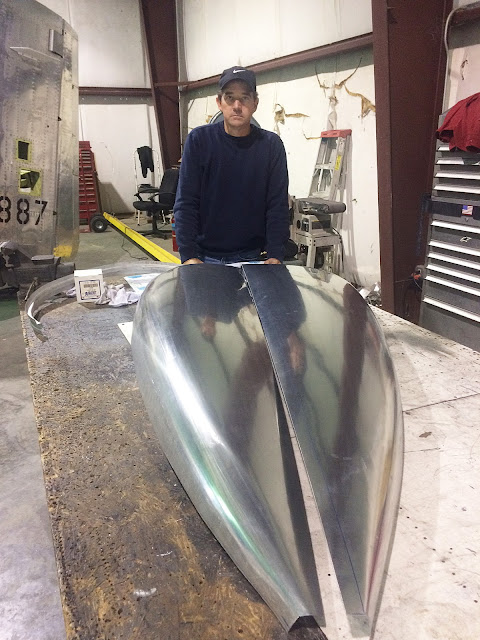 Landing Gear/Doors
The subcontract machine work for the press dies for the inboard gear doors is progressing nicely. The outboard door skins have been completed for some time now awaiting the completion of both interior frameworks. 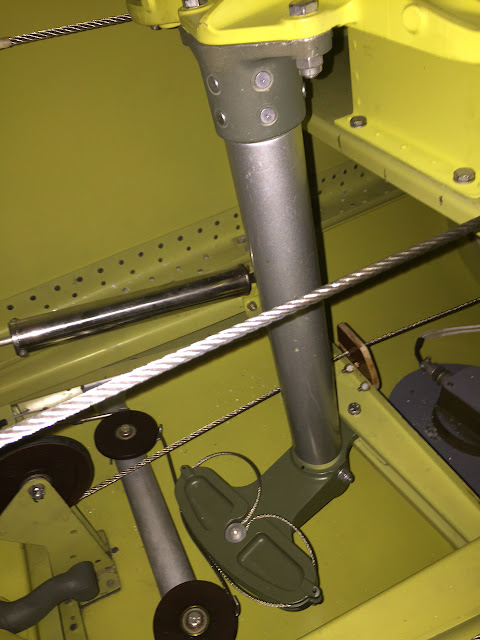 Brakes
The machine shop is currently 3-D computerizing both brake calipers. These brake assemblies fit only the XP-82 and following production models. They are an unique anti-skid design and, through reports from pilots, worked extremely well.

VIP Visitor
We had the honor of a visit from Col. Robert Thacker, 98 years young. He was the pilot flying P-82 B “Betty Jo” on the 1947 14.5 hour non-stop flight from Hawaii to LaGuardia airport in New York. One cannot believe how sharp and alert he is at the age of 98. He still knows every detail that went into the preparation, the test flights, the additional fuel tanks installed inside the fuselages and the exterior drop tanks and why three of the four drop tanks could not be jettisoned. (The sway braces were wrenched down too tight by a ground crewman not allowing the release hooks to drop the tanks.) One of the tanks did drop leaving the other three under the wings creating a dramatic yaw condition requiring a substantial amount of rudder trim drag. 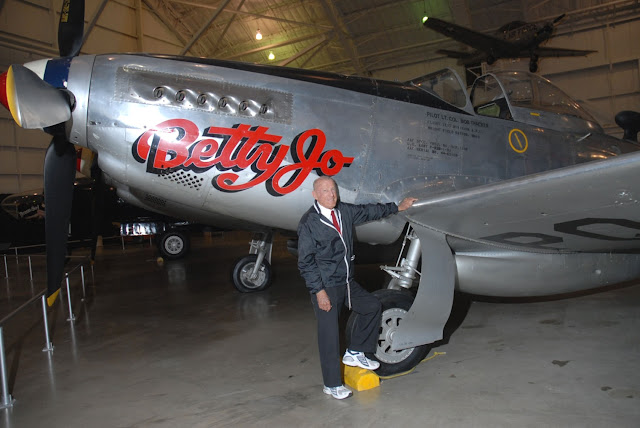 He described in detail the additional 150-gallon fuel tanks installed behind each pilot seat and the 60-gallon tank installed in the gun bay. He even distinctly remembered a plug being inadvertently left in the gun bay tank vent line during one of the test flights, resulting in the tank collapsing and a replacement having to be manufactured.

The P-82 had a total of 1,860 gallons of fuel at lift off, including the 600 gallons of production center section and wing tanks, two 300 gallon and two 150 gallon wing drop tanks, and the 360 gallons of additional internal tanks added for the long flight.

I hope my memory of the details he told me during his visit three weeks ago is as good as his memory at 98 years young. 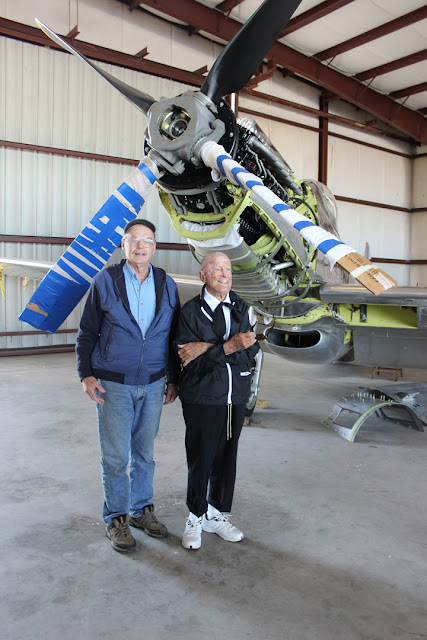 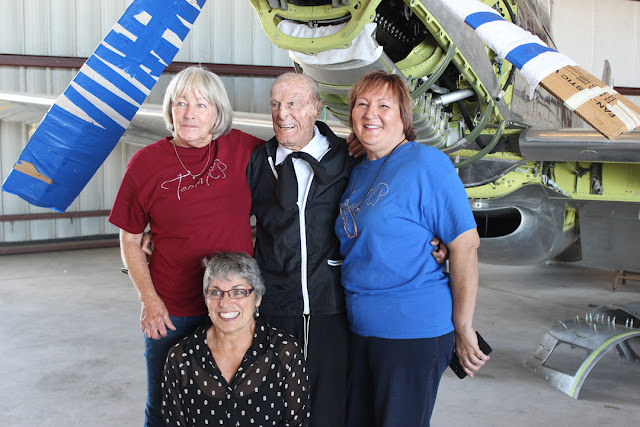 The quality of their batteries is outstanding. As I have mentioned in the past, one of his Concorde’s lasted nine years in my B-25 Mitchell.

Thank you Mr. Grunke and Concorde.

The Kat
With who just got elected, you are not going to be able to sleep on the job anymore. 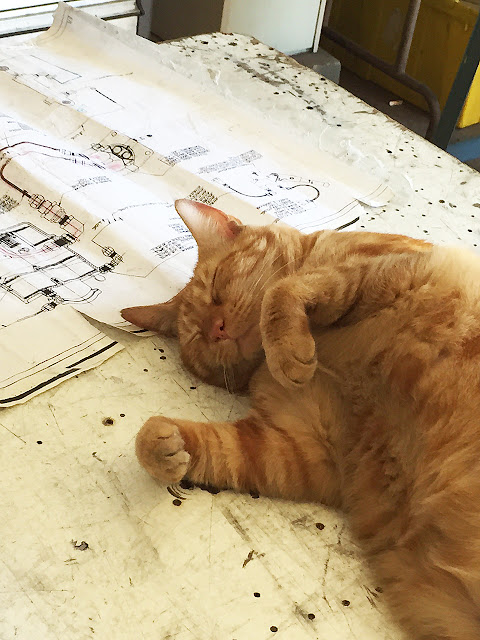 Being Thanksgiving, it is time to thank all of the people and companies that made this project a success.  Thank you all.

I know I have forgotten someone. My apologies.

Thankx to everyone.  Without all of you we could not have done it. 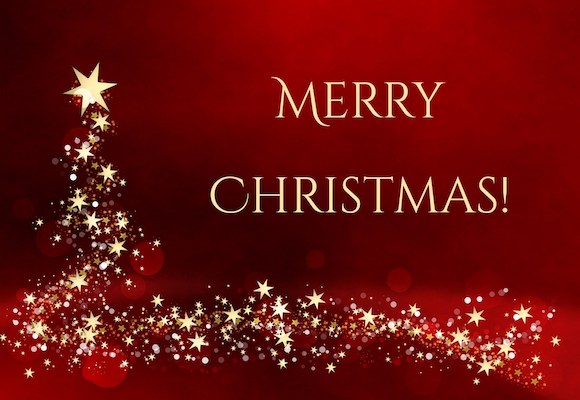