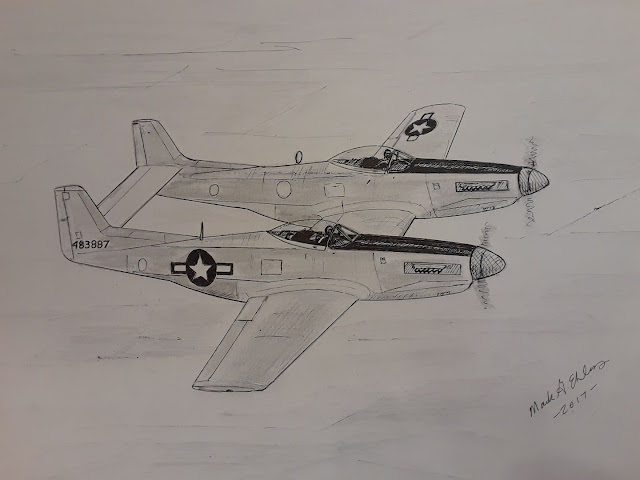 A very nice drawing of our warbird by Mark A. Ehlers 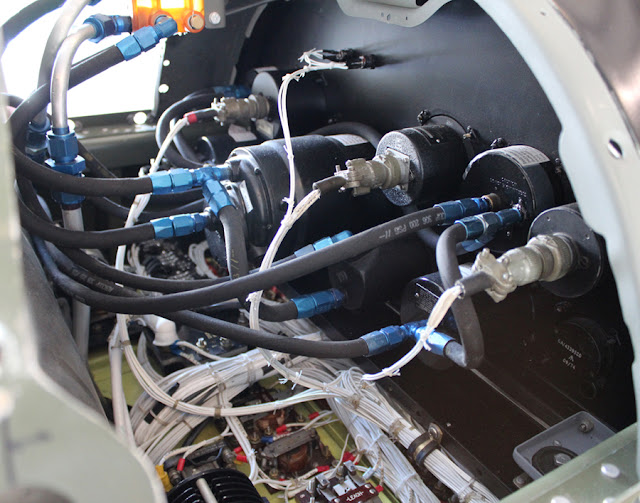 Hoses and wiring behind the co-pilot's instrument panel 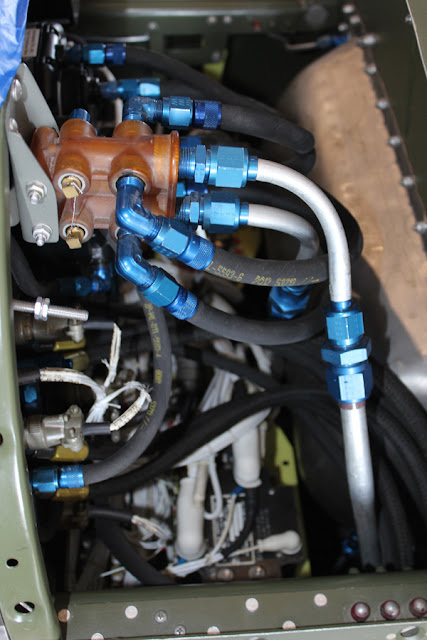 Hoses and wiring behind the pilot's instrument panel 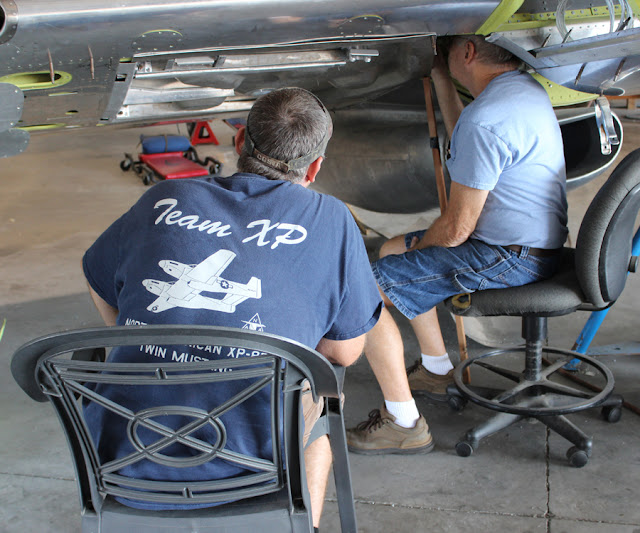 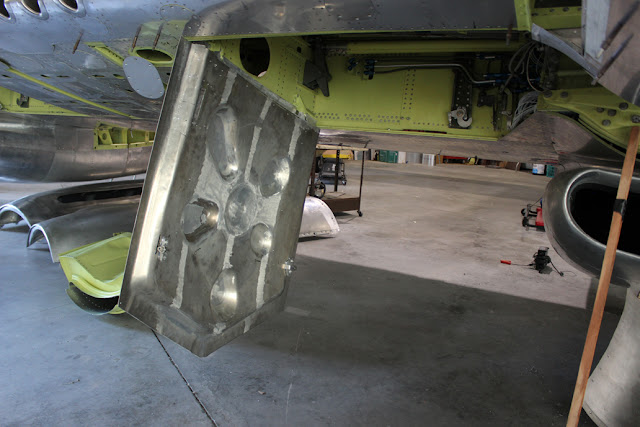 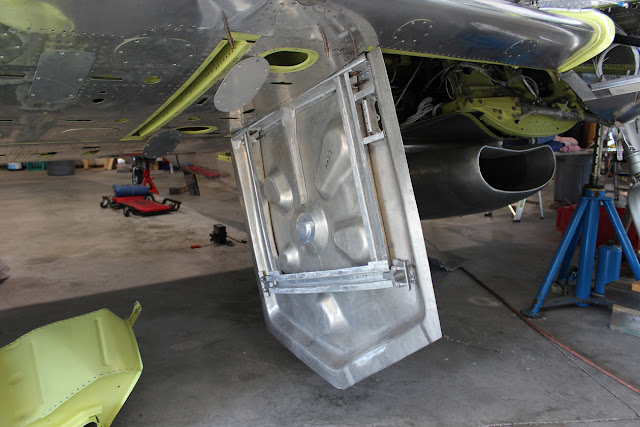 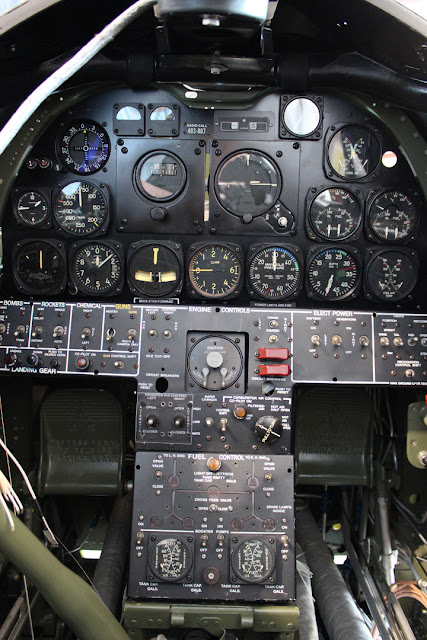 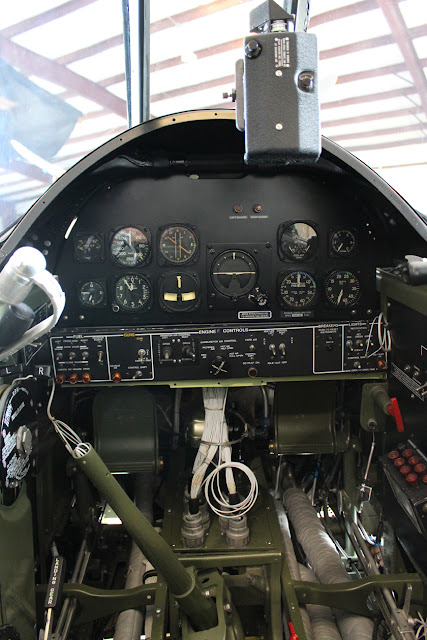 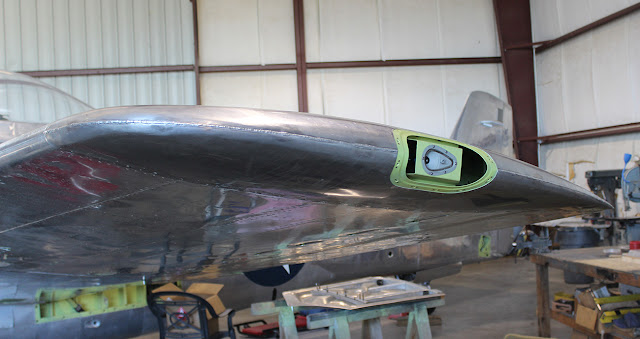 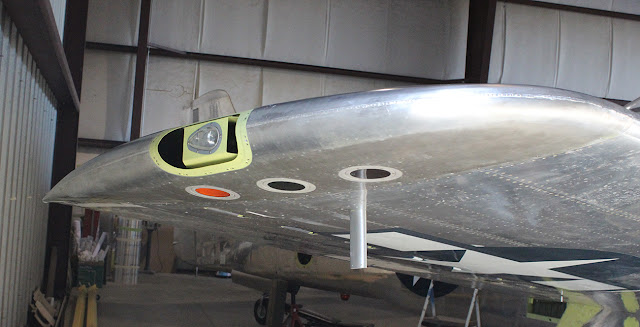 Right-hand wing tip with the position and recognition lights installed

Engine Run
We pulled our XP-82 out on to the ramp, tied down both tails and chocked both main wheels and started both engines simultaneously for the first time.  We initially ran them  at an idle for about two minutes until I had the oil and coolant temperatures come up, and then I brought them both up to a little over 1000 rpm (not fast enough to check generator or propeller functions).

All of the fuel, oil, tachometer and associated temperature gauges worked as expected. 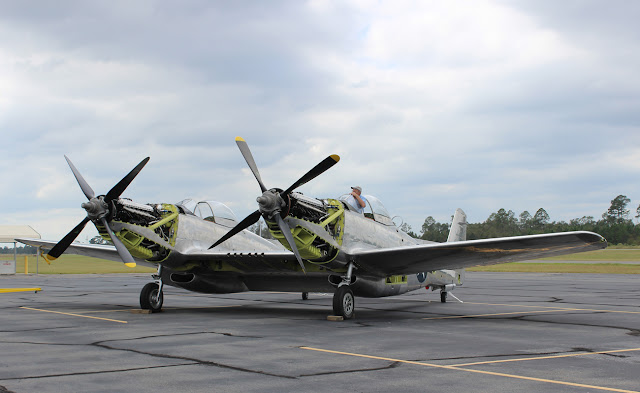 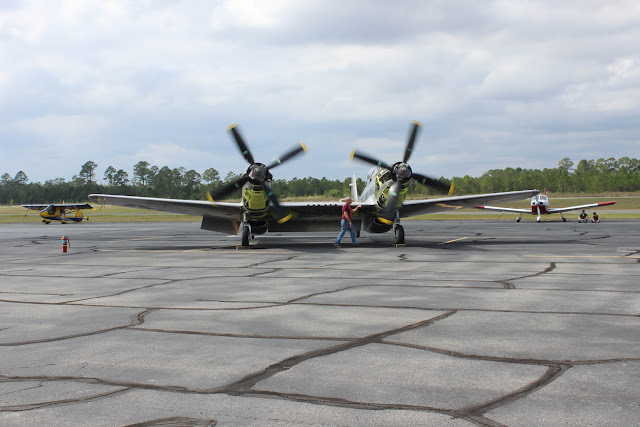 Gear Doors - Two Main & Four Tail
A job that I thought would be very difficult, pressing the two inside waffle skins, turned out to be a very quick and efficient job that came out perfectly within three weeks. Two team members completed all of the interior framework including the installation of the up-lock latch forgings (two per door) along with the two flat exterior skins.

I took the two main gear doors along with the four tail wheel doors to Kermit Weeks’ in Polk City, FL, to be spot welded. With these six doors completed, that completes 99.9% of the sheet metal work on our XP-82. The only remaining sheet metal items are the two outboard gear doors and the adjoining lower engine close-out fairings that we cannot complete until we have the exact curvature and pattern off each outboard door.  We are waiting for these two outboard doors to be delivered.

Pat Harker supplied us four tail gear door interior pressings. Within a few days these two team members had them fit to our eight installed hinges with the newly formed outside skins. These outside skins are now spot welded to the inside pressings. 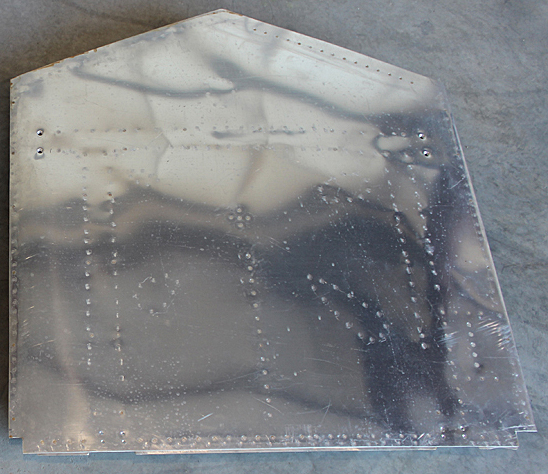 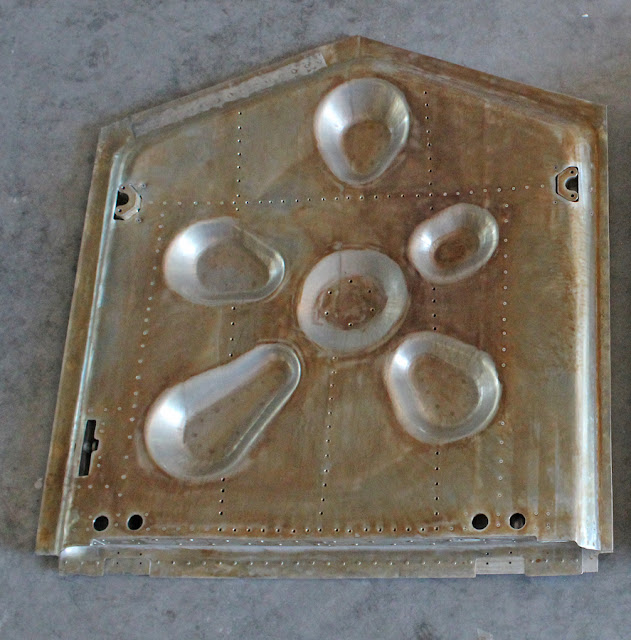 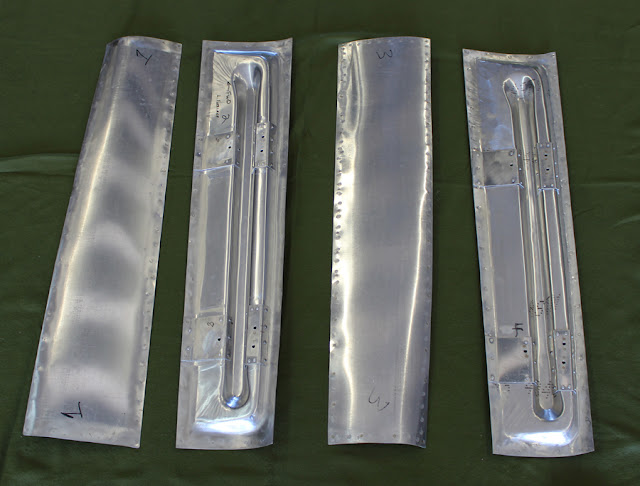 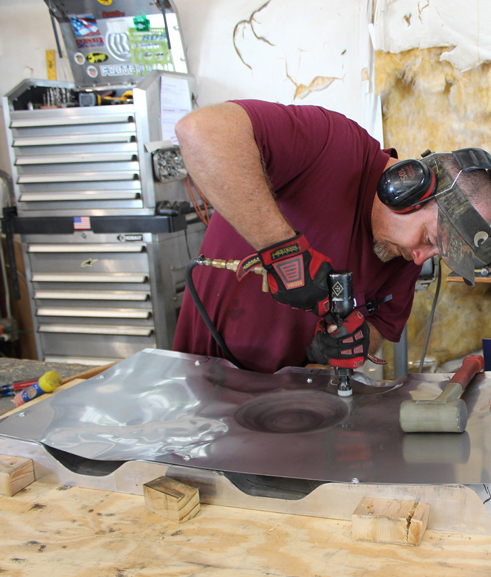 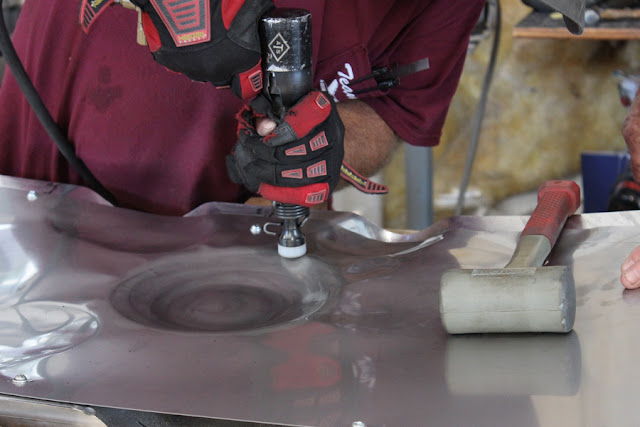 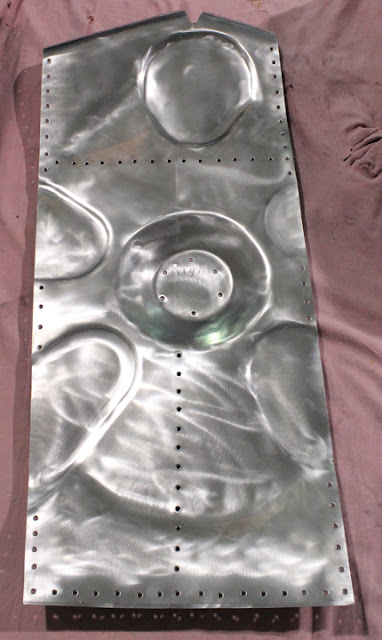 Newly machined press dies (male and female) for the exhaust fairings for the right-hand engine. We will use a 200 ton press to press these .050 stainless steel fairings. 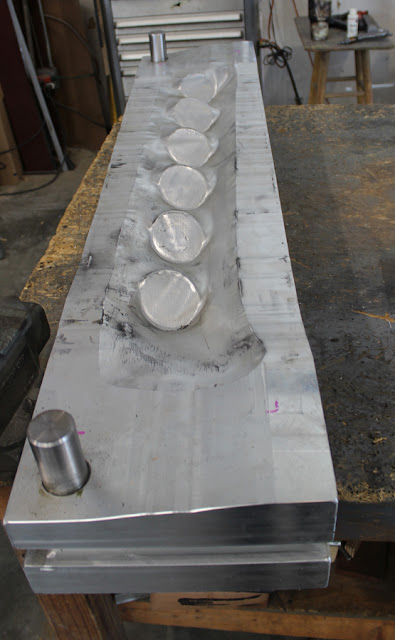 Carburetor Air Induction System
The final installation of the rotating barrels, located underneath each spinner that control the air induction temperatures, and all of the induction trunks back to the carburetor inlets are now completed. The only thing to complete on these induction systems are the rod and lever mechanism adjustments that open the hot air doors for carburetor heat. 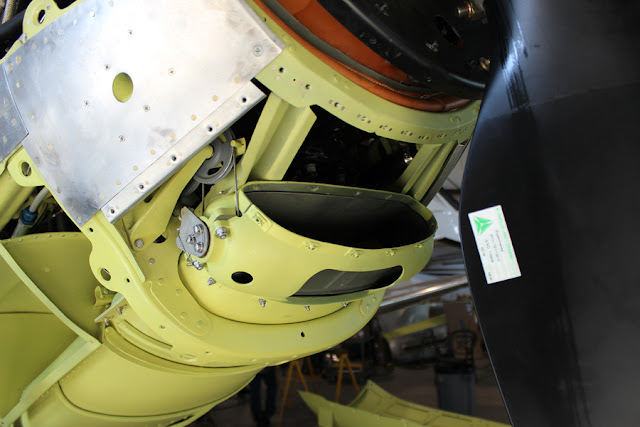 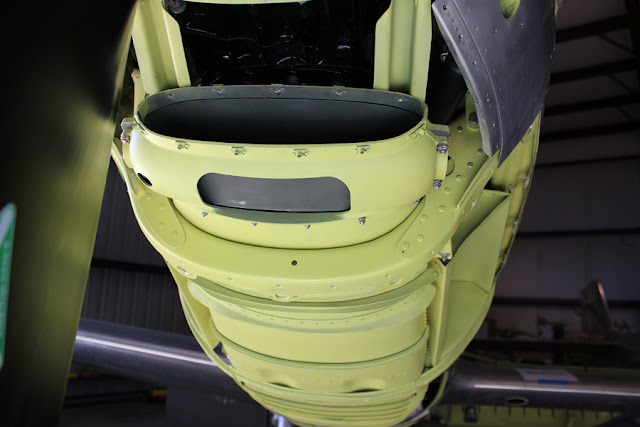 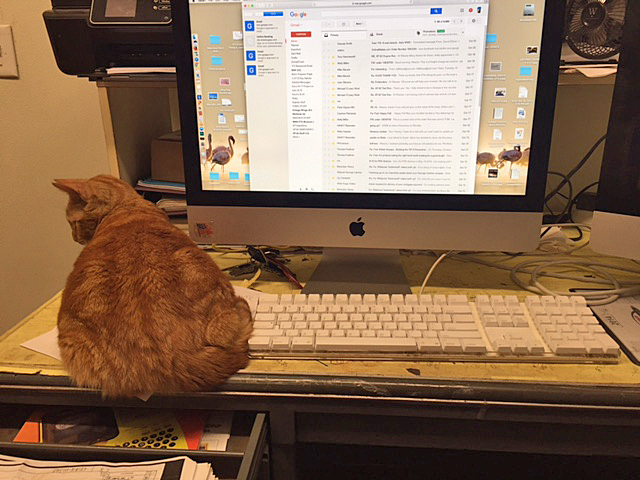 QUOTE OF THE MONTH

"I don't lose any sleep at night over the potential for failure.
I cannot even spell the word.”
Gen. James “Mad Dog” Mattis

Thanks
Tom
Posted by XP-82 Twin Mustang Restoration Project at 11:55 AM