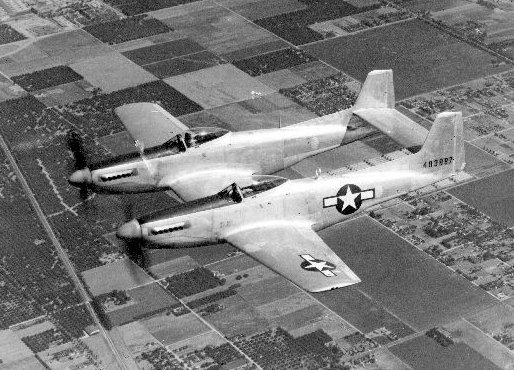 Center Section
Final assembly has started on the center section.  Paul, Randall, Ayman and Jeremy have been busy riveting all of the sub components (reinforcing angles, plates, spar attach angles, etc.), and installing them between the spars.  Last month the riveting was completed on both the aft and center spars.  This month the forward spar (the most complex one) is nearing completion.  The other very complex job was the center divider rib structure, which is mounted forward and aft in the middle between the center and forward spar.  This split structure is of extremely heavy construction so that it can support the center radar or gun pod.  Since we had no original parts, damaged or scrapped, we had to manufacture all of these parts new.

Center Section Fixture
One difficult issue I have had to deal with is keeping the steel center section fixture in alignment.  It is a massive welded structure--thick 24” steel I-beam--which tends to move and twist due to temperature changes. Not much movement, .020 to .030 thousandths in length from the 100+ degrees of temperature this past summer to the 40s-50s this fall. The men and I stay on top of it every day, so the twisting and shrinking/stretching hasn’t caused any issues.  As with all aircraft structures, they all have tolerances that one must stay within--approximately the thickness of four pieces of cellophane – not much. 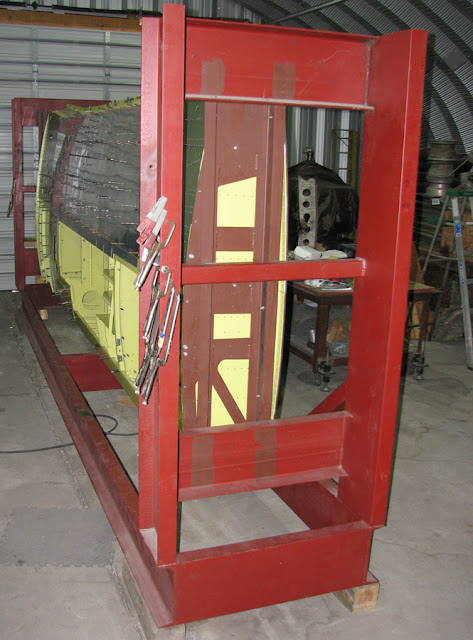 Parts
I have also been busy on the Bridgeport Mill manufacturing a number of center section fittings that were still required.

I also pressed the two large air seals which mount on the forward face of the engine nose case which seals around the inside of the cowling.  The two originals appeared to be in serviceable condition, but after glass beading, the intergranular corrosion showed up.

Each ring has a ¾”hose wrapped in thick leather riveted on the outer circumference to act as the air seal between the ring and the cowling.  I sent the leather and rubber hose to a saddle shop in St. Cloud, FL, for stitching.  The interior hose will give the leather rigidity. 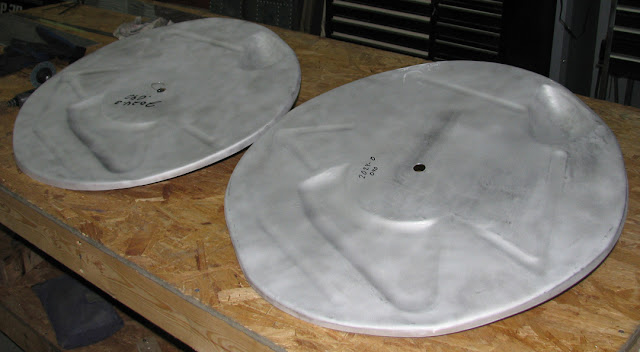 24" dish pan air seals behind the spinners prior to heat treating and a multitude of holes.

Volunteers/Contributed Parts
We have had two volunteers working with us a substantial amount of time during the month of October.   Also, a substantial amount of electrical parts that will fit our XP-82 have been contributed. We also received the eight N.O.S. Dynafocal mounts that mount the two radiators to the lower fuselage longerons.  Thank you David, Gerald and Larry.

Bumps in the Road
Again, none!

Thrush Aircraft, Albany Georgia
Thrush Aircraft is the manufacturer of the best agricultural application aircraft in the world.  We flew the B-25 to Thrush Aircraft for an open house so that their employees could look at the bomber.

A huge thank you to Thrust Aircraft for all of the assistance they have given us over the years on our XP-82 project.

Engine Mounts, Induction Trunks
We have begun fitting the new induction trunks to the engine mounts.  After spending a short amount of time evaluating our original partial trunk that came with the Soplata fuselage, I decided to go with two new production trunks instead of trying to repair our original one that was missing more than half of its parts and the remainder corroded beyond economical repair. 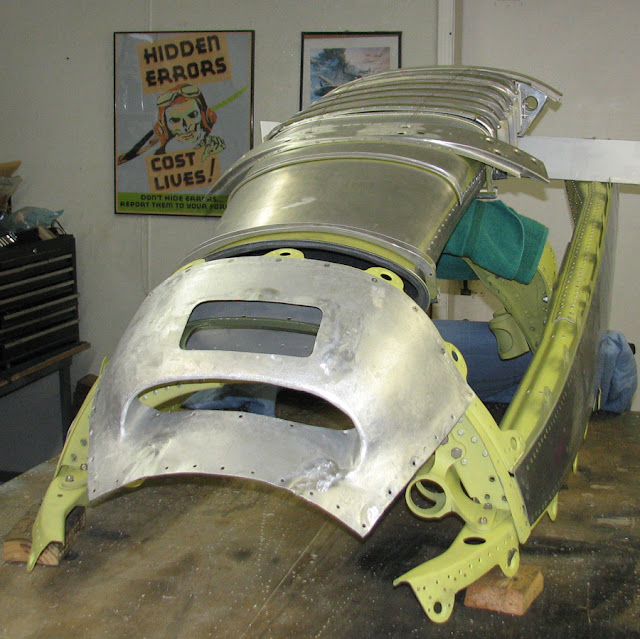 Machine Sub-Contract Work
We just received back from Nautilus Machine the special size pulleys for the quadrants.  These pulley sizes were not any longer available anywhere in the world, so we had to have them made from aluminum bar stock. I am supplying the new bearings out of my Kissimmee stock. 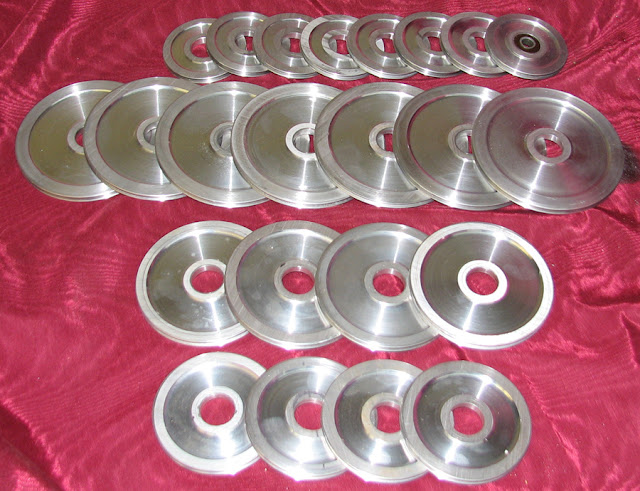 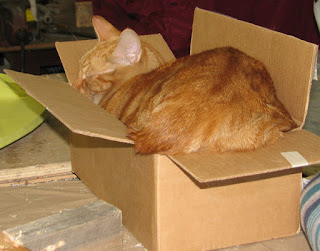 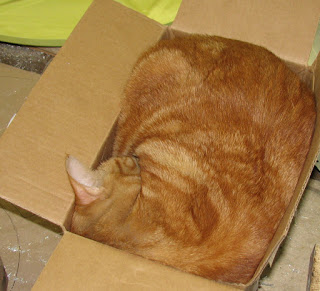 Our thoughts and prayers go out to everyone affected by Hurricane Sandy in the northeast.

We have checked with all of our investors that were in the track of Hurricane Sandy and they all came through it OK.