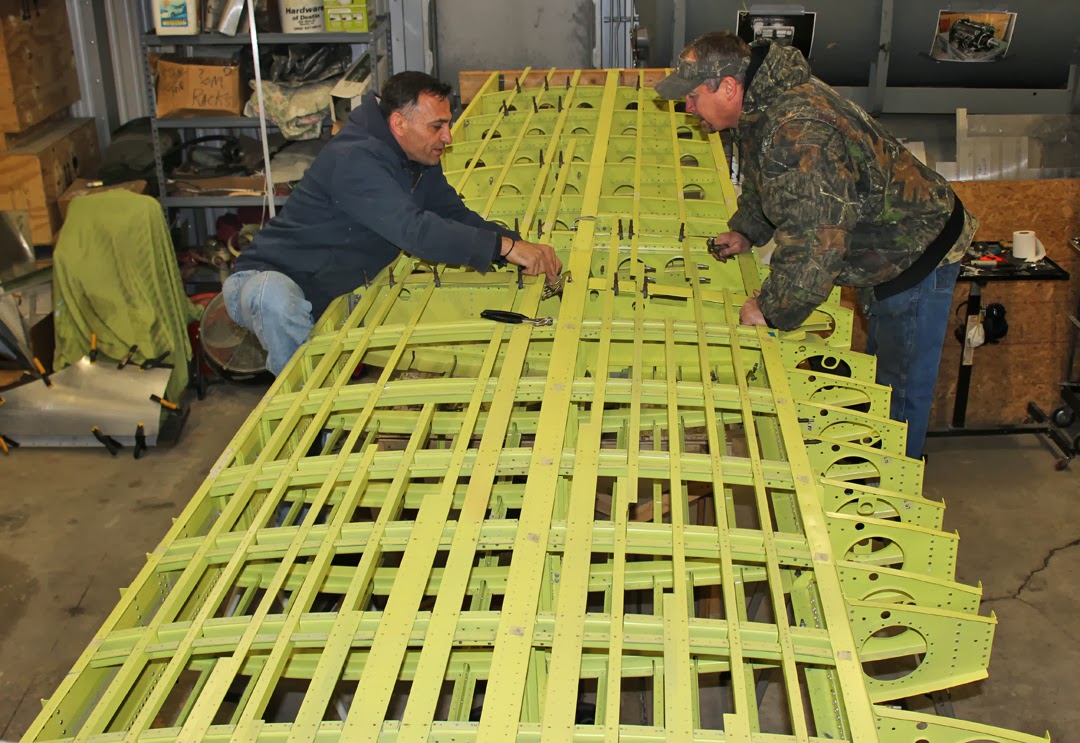 Outboard Wings
Ayman, Tim, Paiden and Josh have completed all of the preliminary rib to stringer to spar drill-ups on the left-hand wing. All the preliminary drill-ups were done with a reduced size bit so if any final adjustments are required when the wings are in the fixture, the final size drill-up will allow a small amount of final alignments. 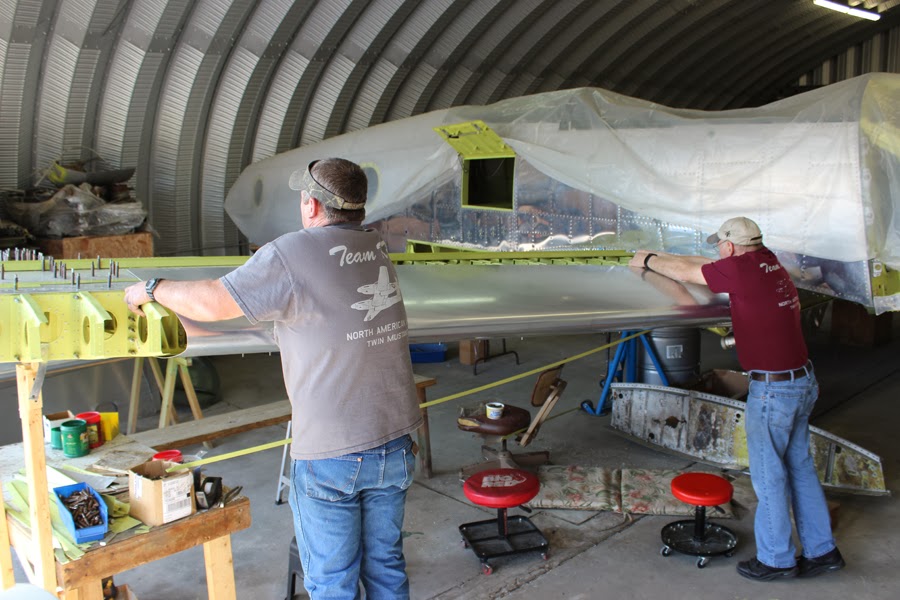 Paul and Randall have completed the final preliminary drill-up of the right-hand outboard wing and are now fitting the two leading edge skins. 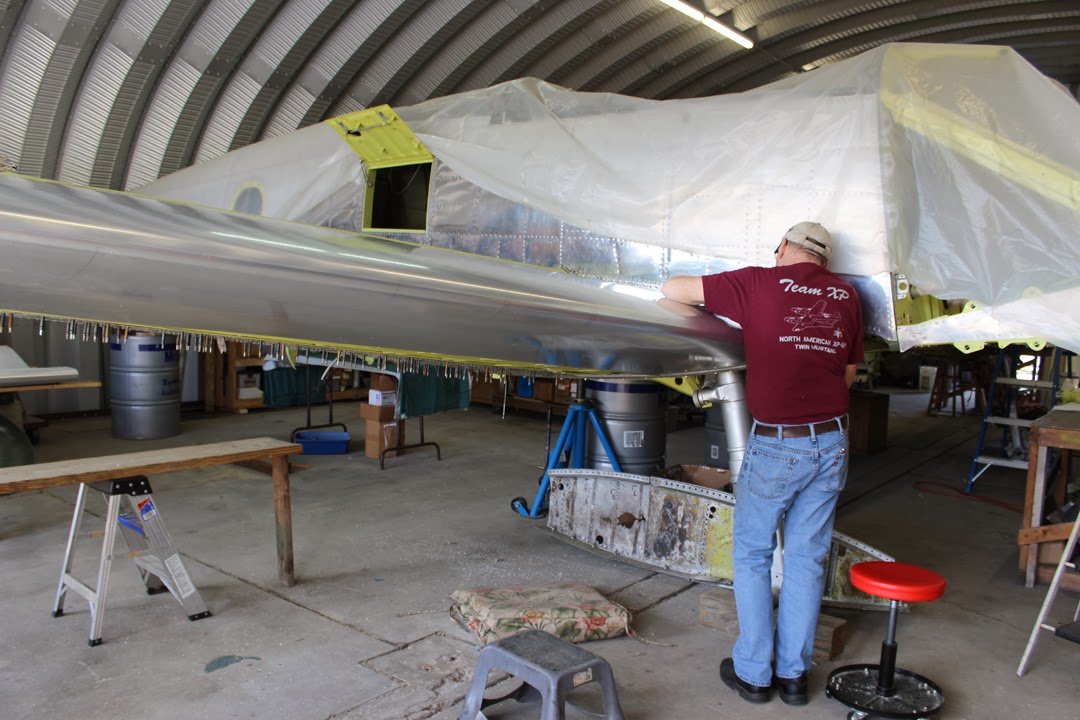 Wing Leading Edges
Weezie and I went to Thrust Aircraft in Albany, GA, to have the leading edges rolled on their Farnham roller, a special roller that will simultaneously roll two different leading edge curvatures on each pair of skins for each wing.  Thank you, Thrush. 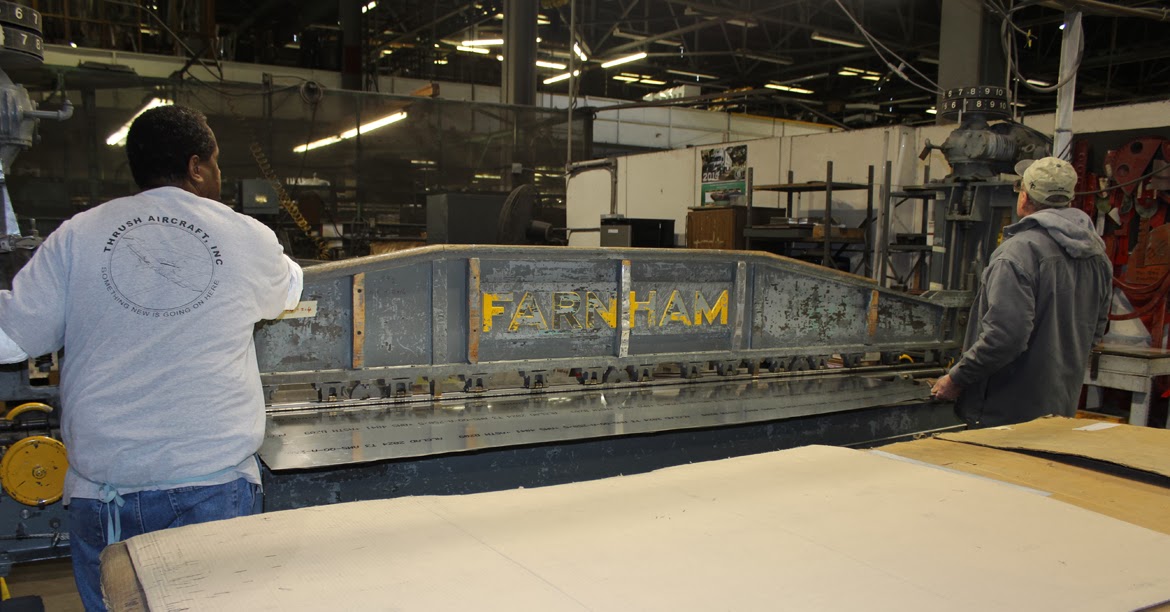 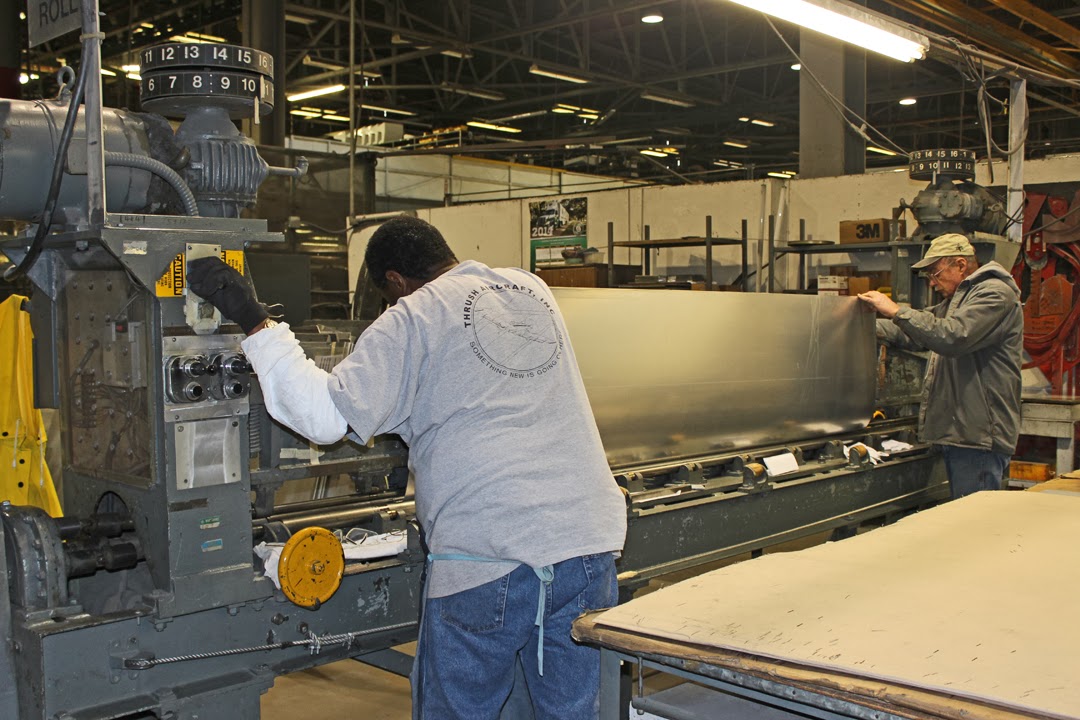 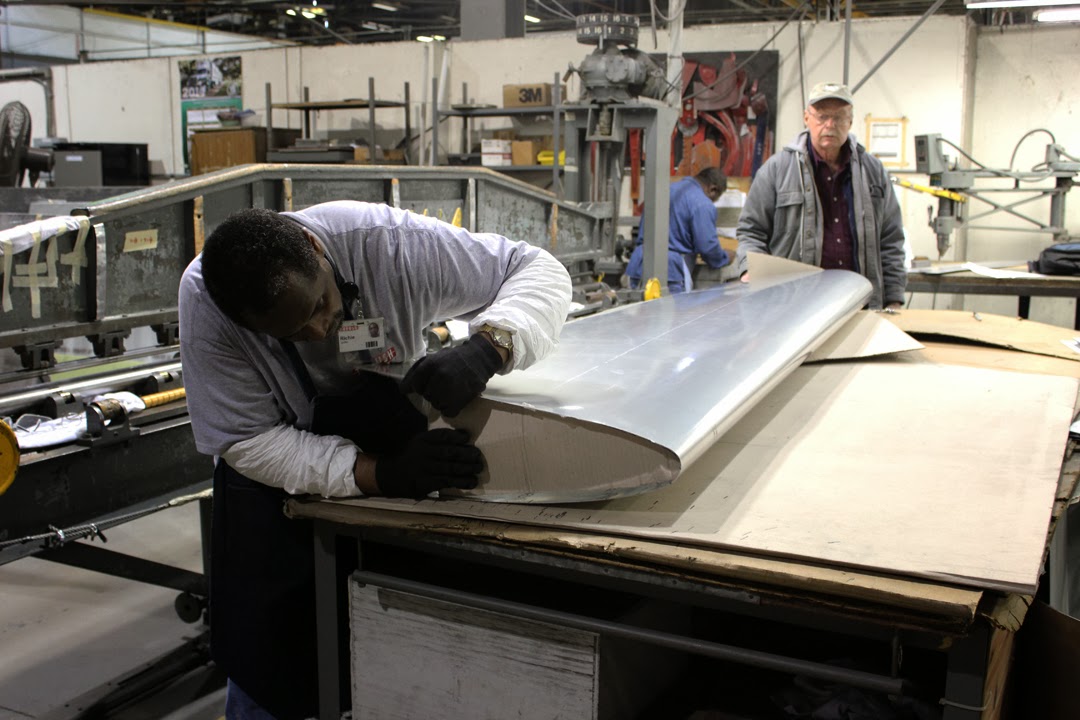 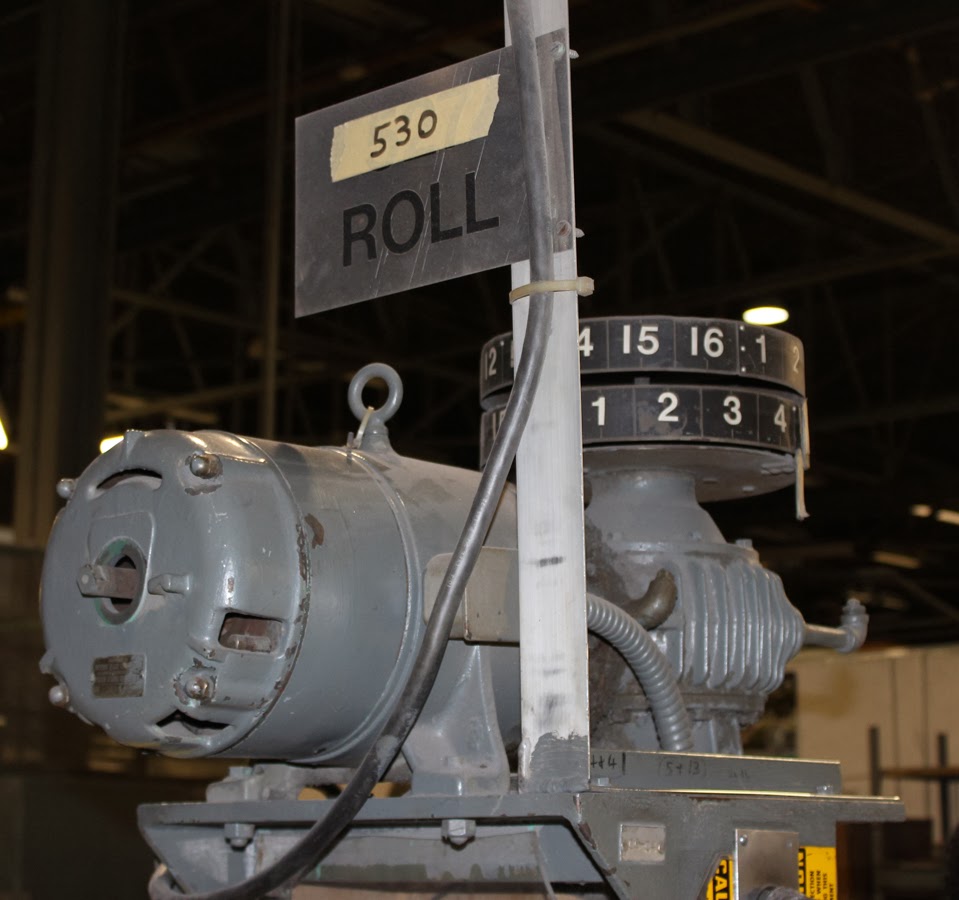 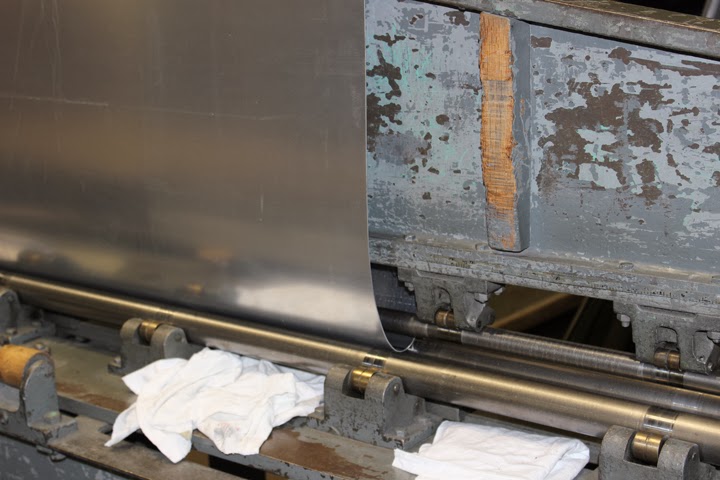 Close up of the rolled skin

Aileron Controls and Fittings (Boosted / Non-boosted)
Our XP-82 prototype came with non-hydraulic boosted aileron and elevator controls, unlike all subsequent B thru H production models. The boosted controls assist with taking the control forces off of the pilot’s stick when the air speeds start getting up in the 400+ mph range. The parts that we purchased out of Alaska all had boosted aileron control fittings in the wings and ailerons.  We were able to save all four fittings (two hinge and two control) required in the four ailerons to use with the non-boosted XP system. (The two outboard ailerons do not require any individual aileron controls as they are both mechanically linked to the inboard ailerons.) The non-boosted bellcranks and associated cable sectors required in both wings are being machined and should be completed within a couple of months. 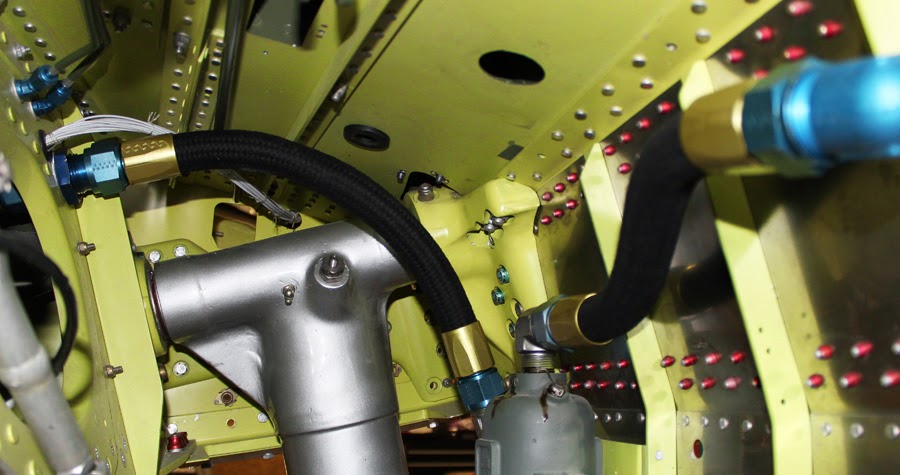 Center Section Fuel System
I have completed the fuel feed lines that run from the fuel shut-offs thru the wheel-wells to the C-4 strainers, then thru a pair of fittings on each firewall to the engine-driven fuel pumps. I chose to use the later model Stratoflex 111 hose and 300 fittings due to their fire resistant construction.  The original hose and fittings were a Mil-H 6000 non-reinforced hose and push-on nipple fittings that were not at all fire resistant.  This is a safety improvement that I chose to do, and this modification could be easily changed back to the original if desired for originality.

Machine Work
Our sub-contract machine shops are making excellent progress on the last number of items that we need for the center section and wings.

Floorboards
Our phenolic / carbon fiber floorboards are being manufactured in Florida from the molds we made. 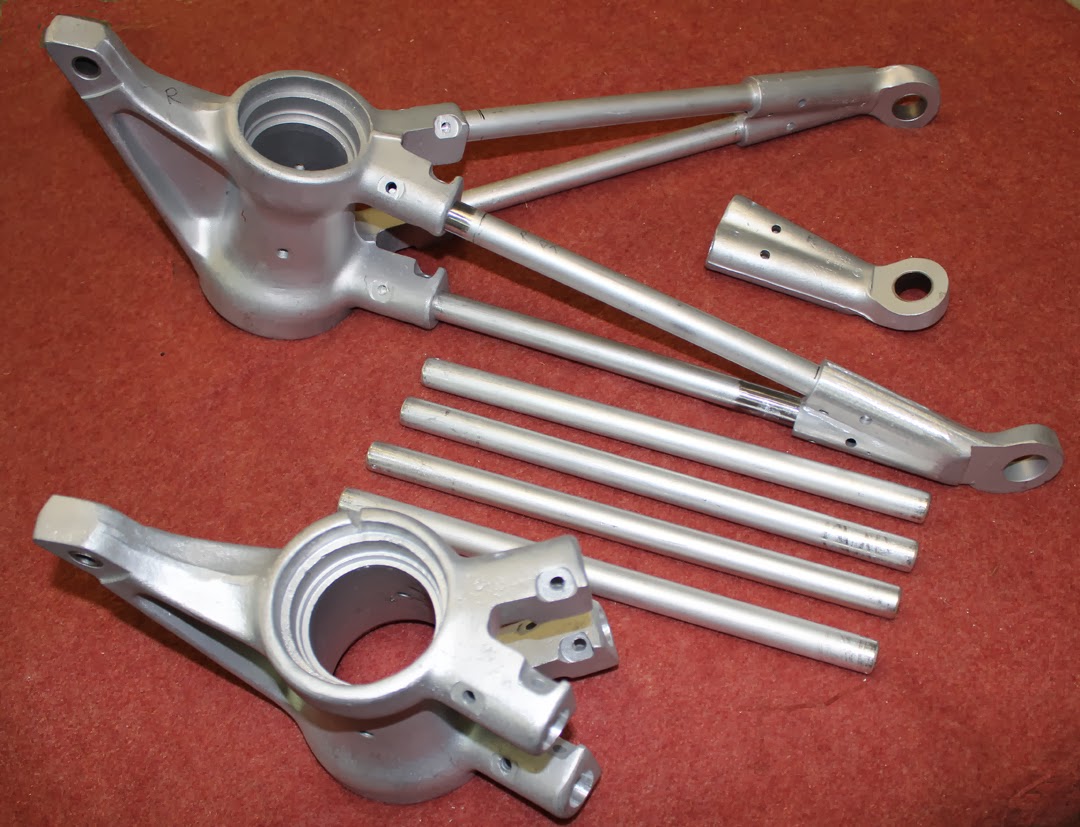 Tail Wheel Assemblies
The two tail wheel assemblies that we have passed NDI inspection. I built the eight new 4130 steel tube mounting arms as the originals were rusted due to being in the weather for years. Although two of the four mounting lugs passed NDI inspection, I chose to have them re-machined due to some deep scratches. The only other tail wheel parts we are going to have to make are the two yokes which hold the tail wheel, and the four small tail wheel gear doors as they were all severely corroded.

Push-Pull Control Rods
While in Florida having the tail wheel parts NDI’d, I had our welder extraordinaire in Titusville weld up many of our control rod ends to the new steel 4130 tubing. Thank you. 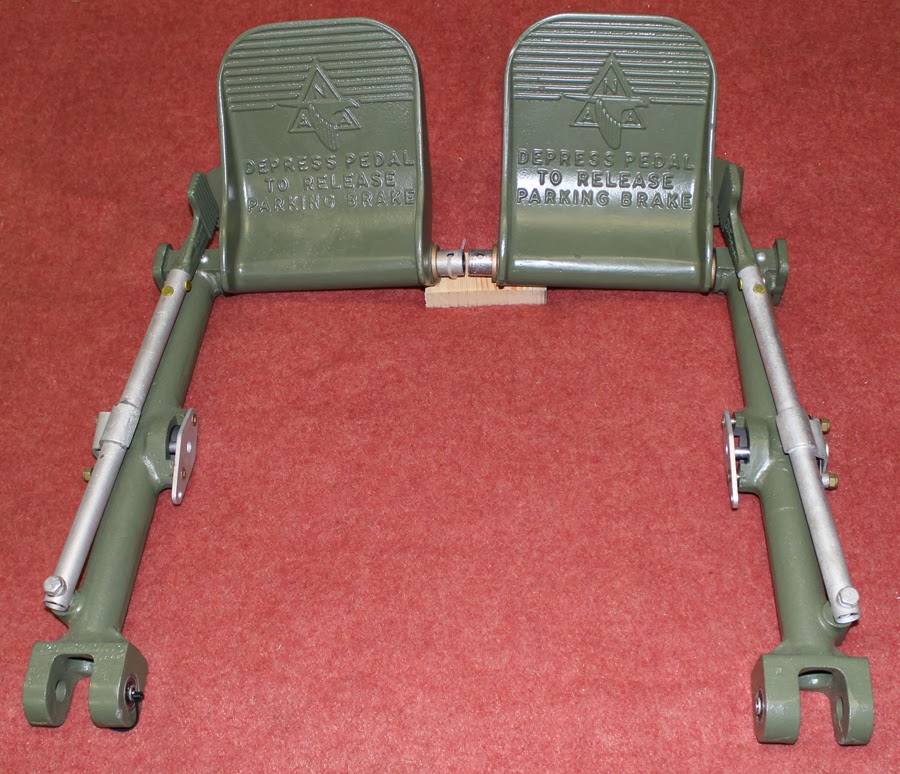 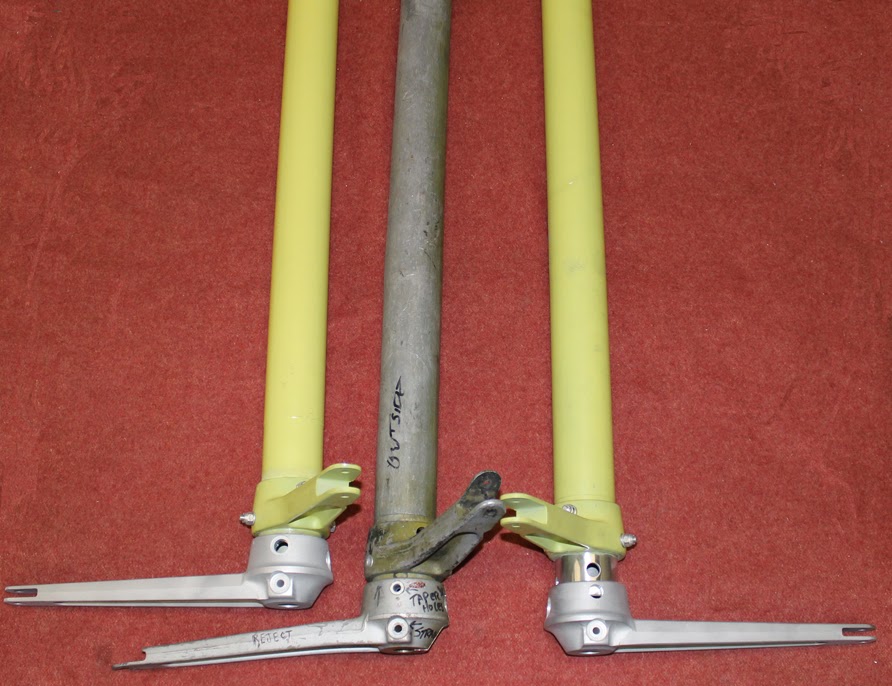 A group from LaGrange, GA, flew in to look at the XP-82 project. While they were here, one of the men contributed the “original” Flight Manual that had the serial number of our aircraft penciled in on the first page of the manual. He told me that he got it from a man that was stationed at NACA/Cleveland where our aircraft was based.  What a find!  Thank you, James Mackey of LaGrange, GA. 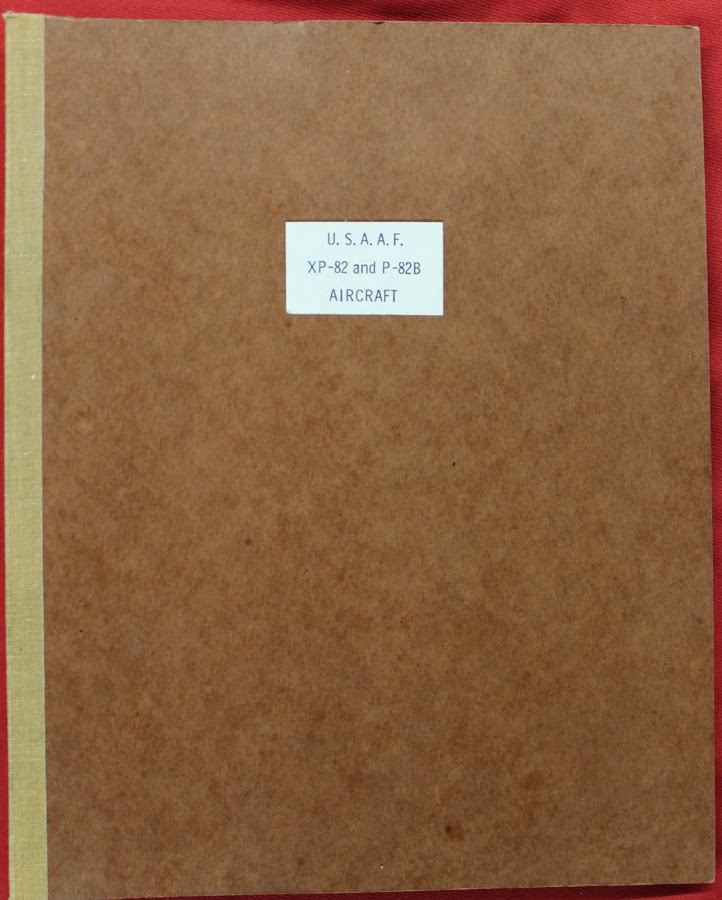 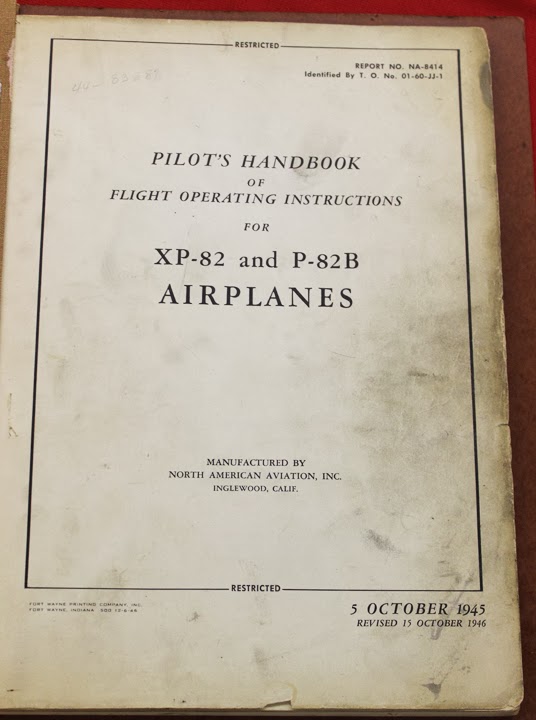 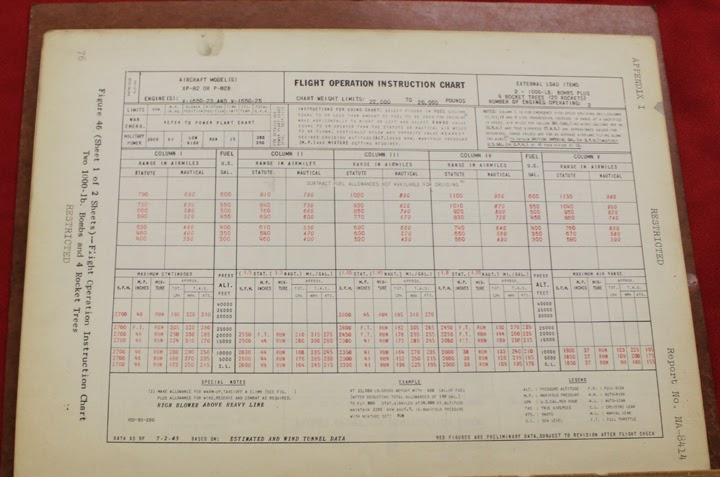 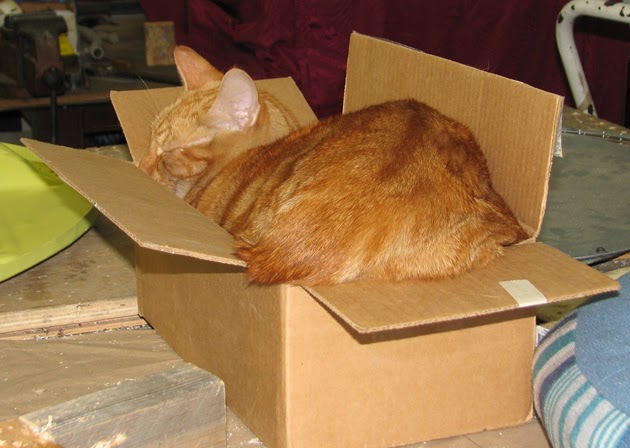 "You could have given me a bigger box you know!" -- Allison