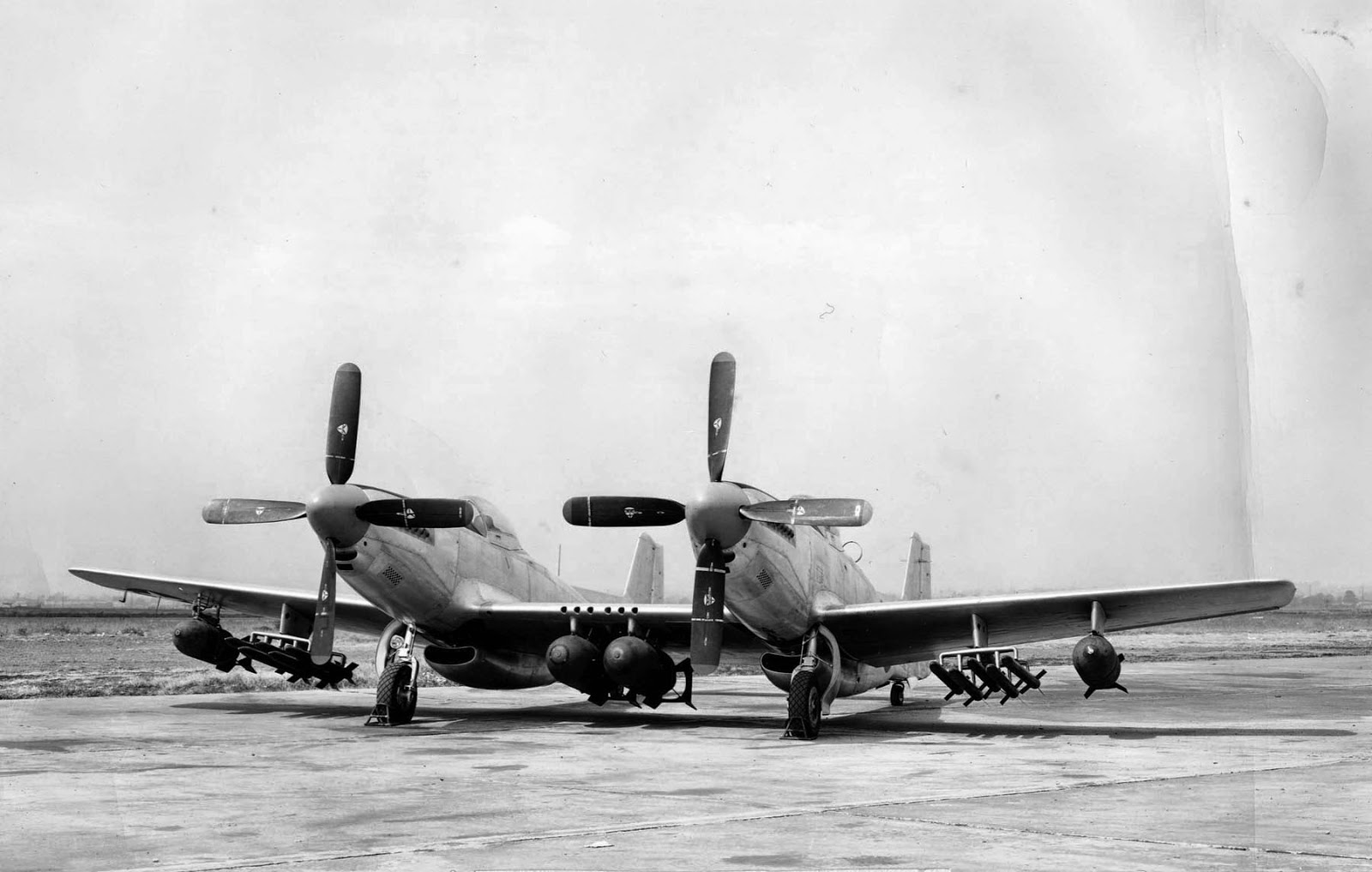 How did 2014 go by so quickly!
And the first month of the new year is already gone.

Wings / Ailerons
The final fitting of the aileron and flap hinges on the right wing is almost completed. Having to remake most of the aluminum parts for the XP non-boosted aileron system has been a challenge, but now successful. The left-hand wing will go smoothly now that all of the “reinvention of the wheel” has been completed on the right-hand wing. 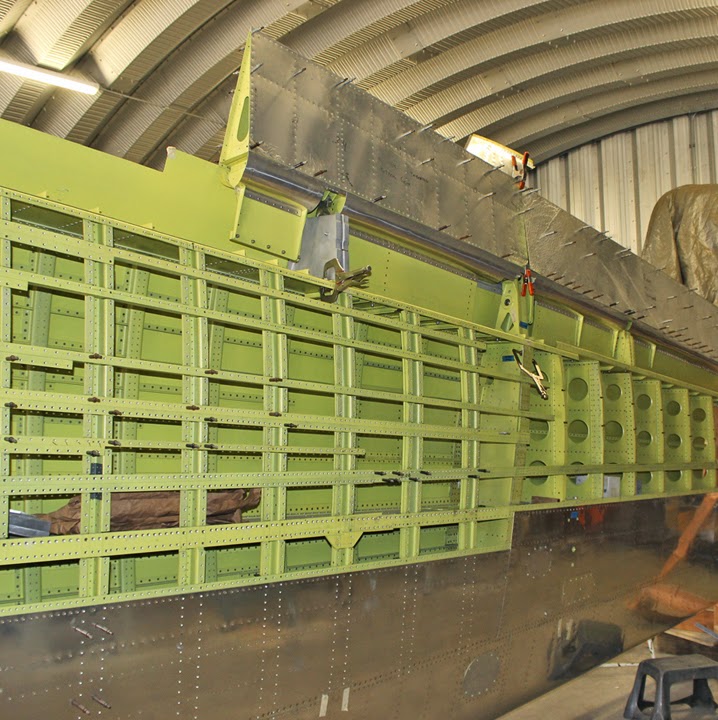 Center Section Gun and Ammo Door Covers
Three team members have been repairing the original doors and pressing new replacement hat channels for the three removable covers that close out the armament section and the left and right ammo bays in the center section. This task should be completed by the middle of February. 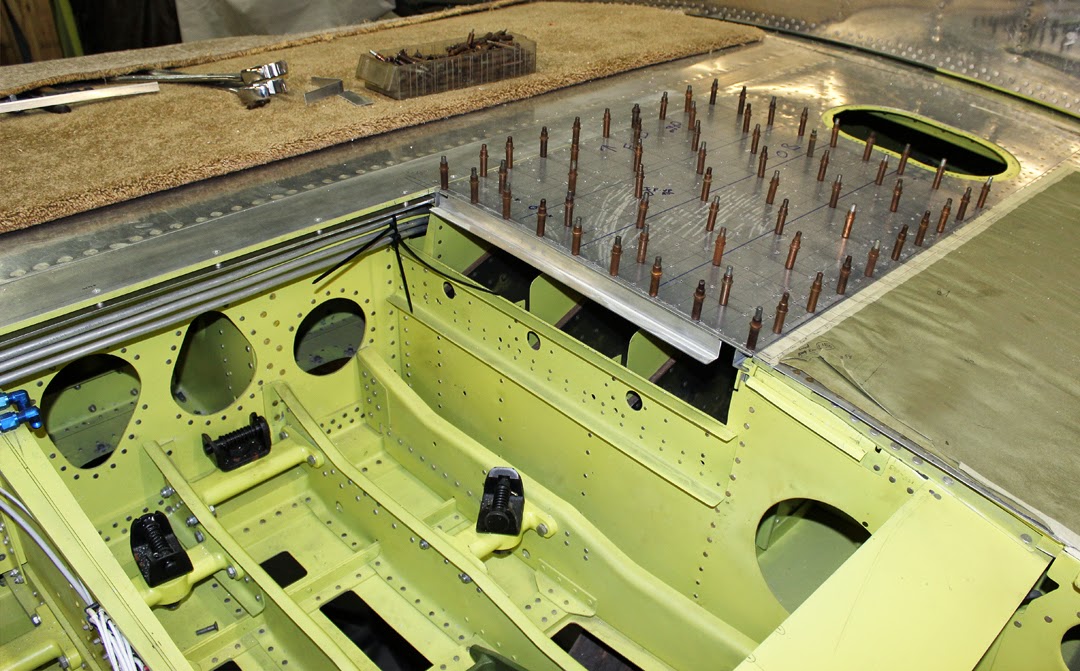 One of our machine shops has completed the remaining four gun mount castings for the aft gun mount position, and they have been installed. 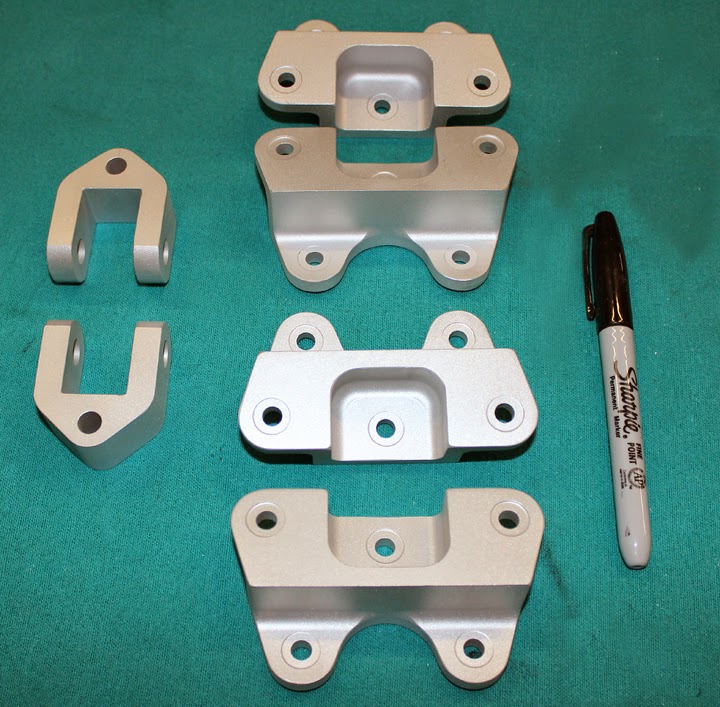 Also, one of our friends has collected .50 caliber cartridges and links to be installed in our ammo bays for authenticity.  And I just received notice that the gun barrels I traded for have been shipped to us.

Dorsals
Two team members have now completed the set-up fitting and drilling of the dorsal fin(s) parts. All the final riveting on these dorsals should be finished by mid February.

Over the six years restoring this XP-82, we have gone to extreme lengths to keep it as original as the day it came out of North American’s Inglewood plant.  One modification we chose to do is one that absolutely will not show.  Have you ever seen any aircraft, whether a Cessna or a P-51, that didn’t have its dorsal fin bent by someone pushing on it while trying to reposition the tail of the aircraft on the ramp?  We decided to PRC glue (attach) reinforcing 7075 T-6 plates in between the ribs internal in the dorsals and then fill the voids with structural foam. This hidden mod will dramatically strengthen our dorsals from dents by ground handlers inadvertently pushing on the dorsals. 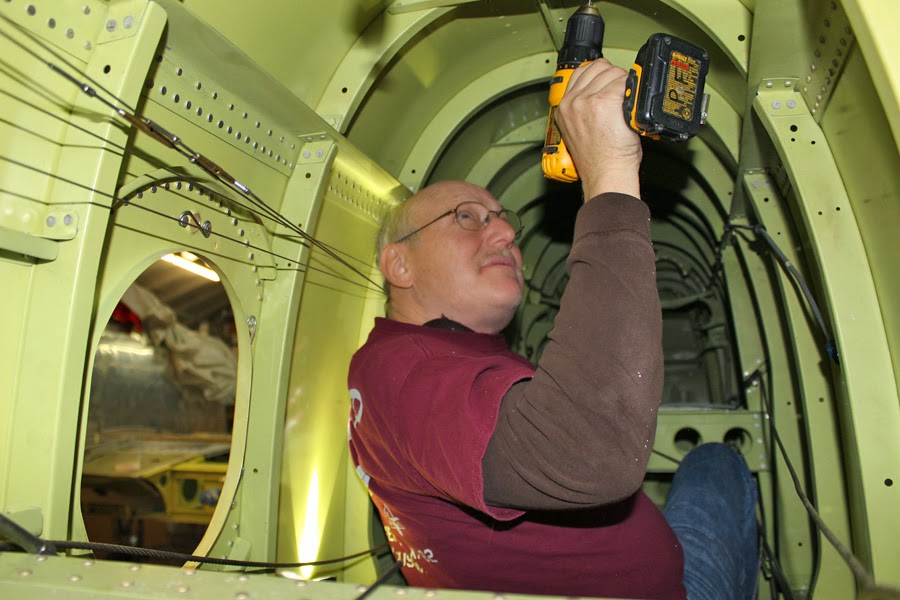 Back drilling dorsal from inside rear fuselage

When both the dorsals and gun/ammo bay door jobs are completed, the entire sheet metal team will begin the final riveting of the lower aft skins on both wings.

Many Small Jobs Have Been Completed
We are starting to see the light at the end of the tunnel. A multitude of small tasks are being completed.

1.  Most of the steel push/pull rods forward and aft of the firewalls for the prop and throttle quadrants  have been welded. 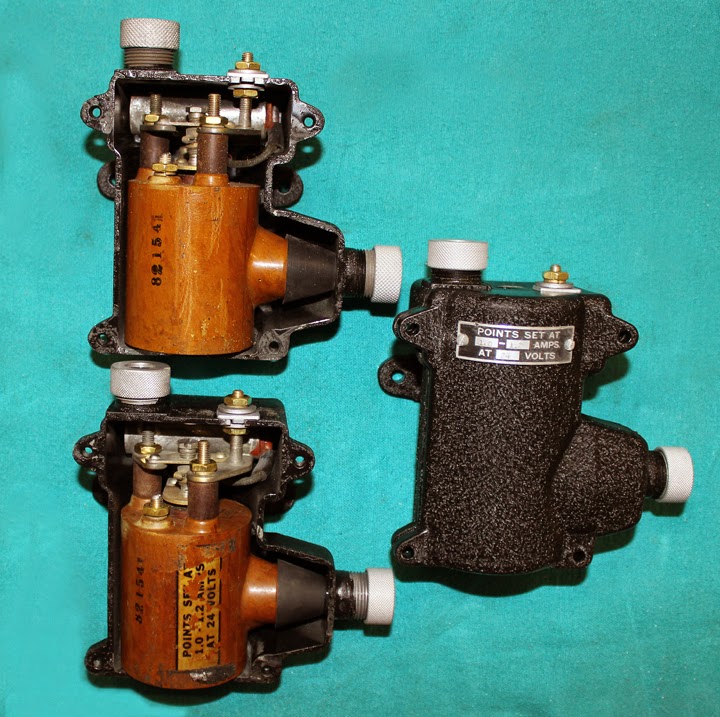 3. Two hydraulic cylinder barrels, one tail oleo strut had to be chromed and a second aluminum door up-lock cylinder had to be anodized. 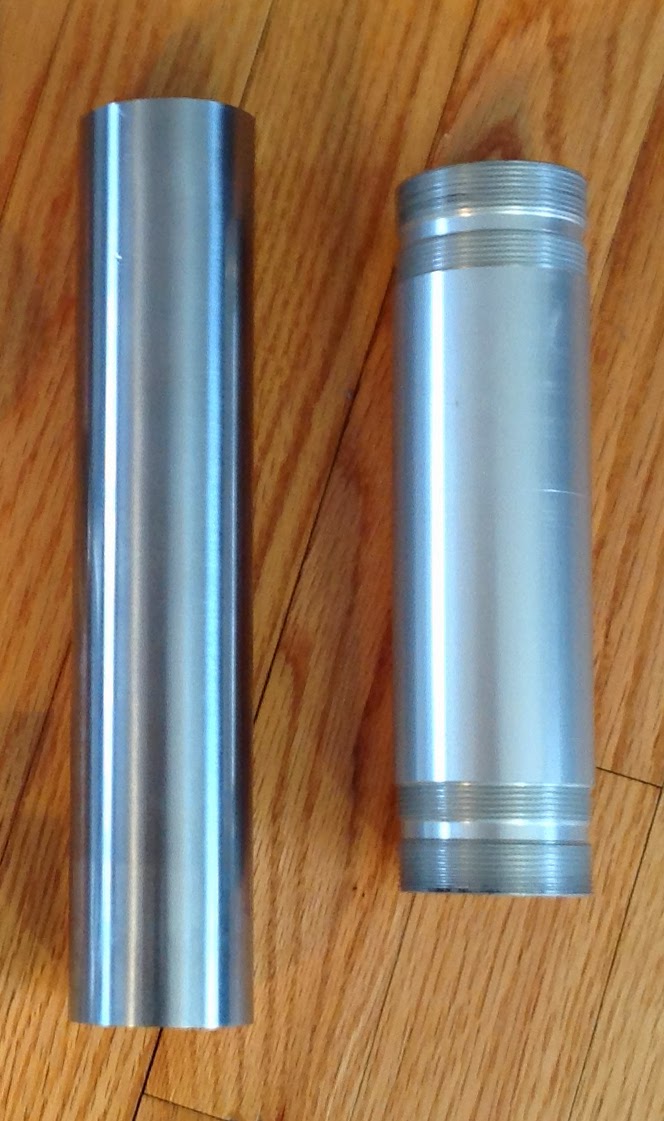 4.  The two rudder pedal arms for the right-hand cockpit are now completed and they, plus the two hydraulic cylinders, are in FED EX coming to us. 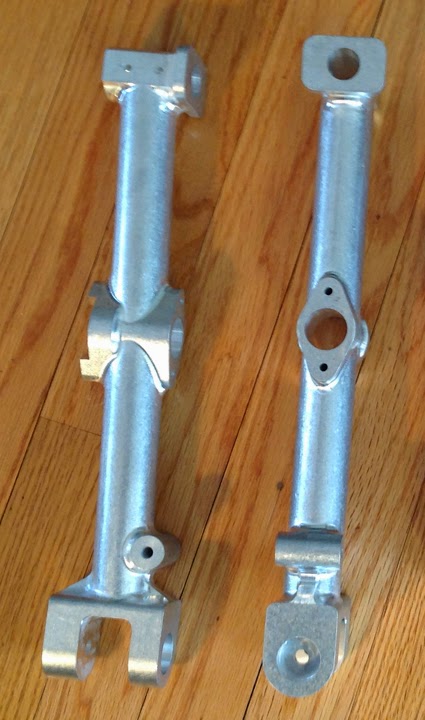 Seats
We are well into the final assembly of both seats. Its amazing how many moving parts that each seat has to accomplish the up and down and fold back positions so one pilot could sleep on long missions.

Pilot Elevator Bell Crank Control
One of the most difficult parts that had to be manufactured by one of our sub contract machine shops for our XP-82 was a T-shaped bell crank which synchronizes the pilot’s and co-pilot’s elevator stick movements together. We have two original bell cranks, one of which we could save, but the second had severe magnesium corrosion which was beyond its limits. This “T” bell crank will be delivered to us and installed in in the left-hand cockpit mid February. 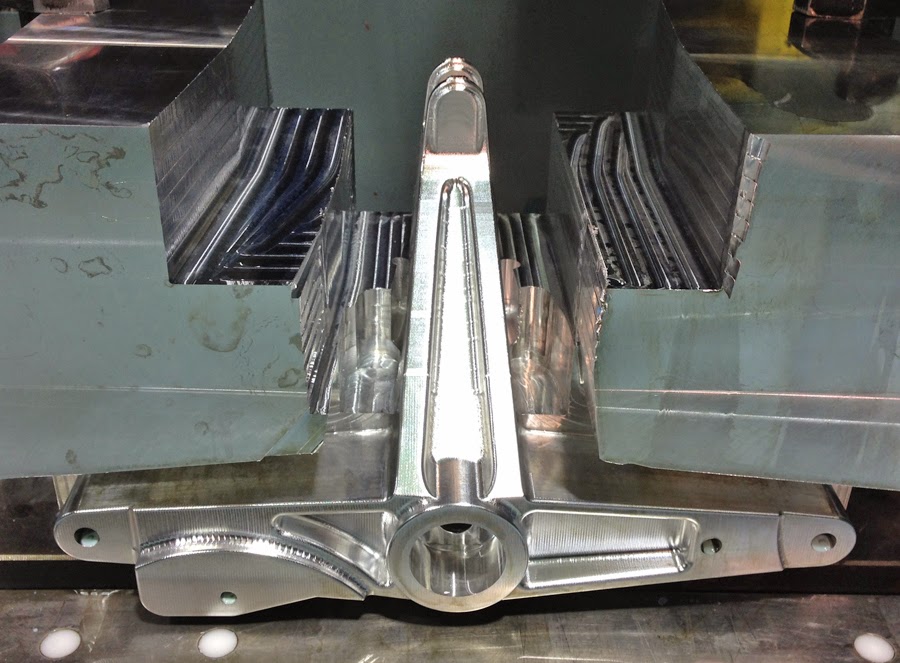 Windscreens
Both windscreens are coming along well.  All four side glasses and both center bullet-proof panels are now fitted and edge-routed. Within another two weeks both should be completed, PRC-sealed and awaiting final installation. 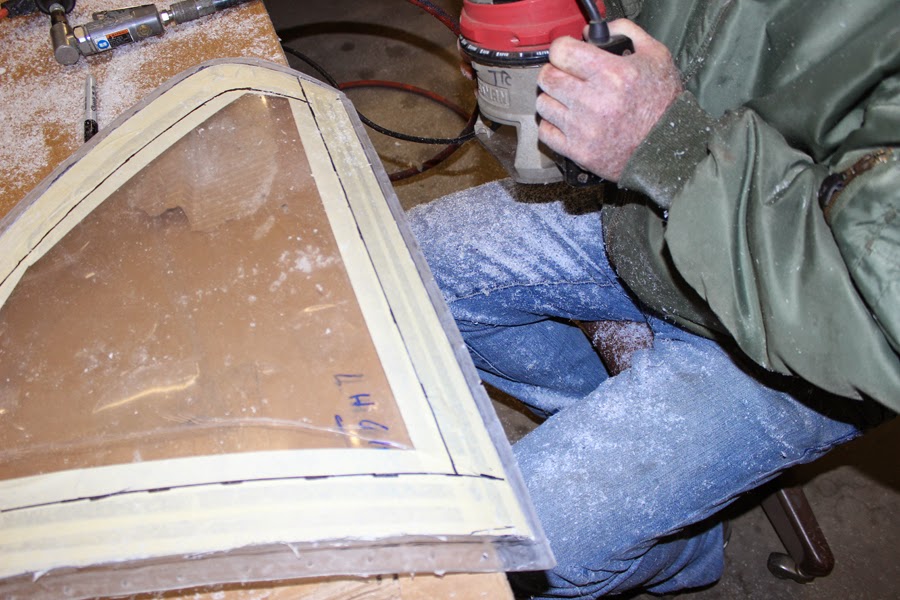 Edge-routing one of the side glasses 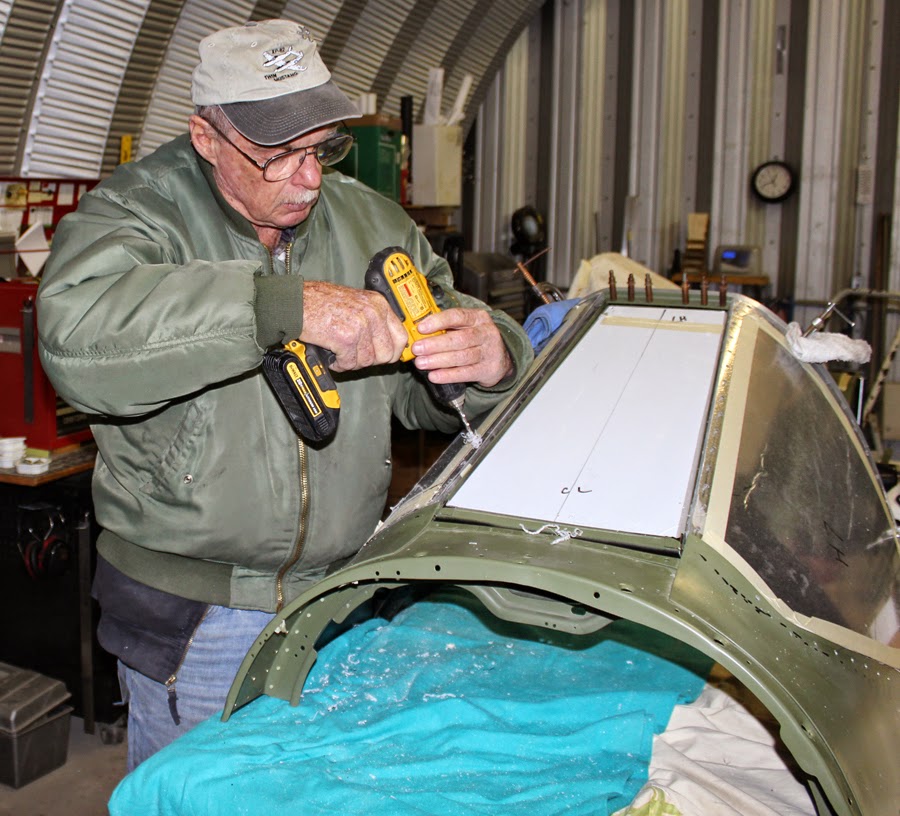 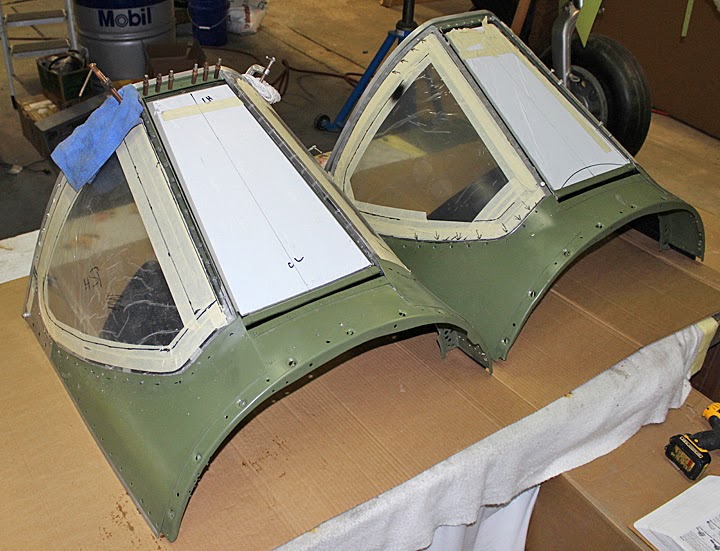 Both windscreens, with the glass fitted and the clear plastic
protective layer still on the side glasses

Fuel Tanks & Submerged Engine-Driven Pumps
We have contracted with a fuel tank manufacturing company in Eagle River, WI, to manufacture our six required fuel tanks. This same company manufactured these same tanks for Pat Harker’s “E” Model restoration.  While at Harker’s, I looked at his tanks, and the workmanship was excellent. We expect to have these tanks completed and delivered to us by this summer.

We have sent off the six fuel pumps, four submersibles and two engine-driven fuel pumps for inspection and overhaul. All six pumps were new old stock, but they still needed to be reworked by a FAA-licensed overhaul facility for new bearings, seals, etc., to come back with overhauled serviceable tags.

Larry Kelley, B-25 Panchito, has graciously contributed six new old stock liquidometers (fuel gauge sending units) for our project. Since the beginning of our XP-82 project, Larry has given us countless items for our XP restoration, including a pitot head.
Thank you, Larry. 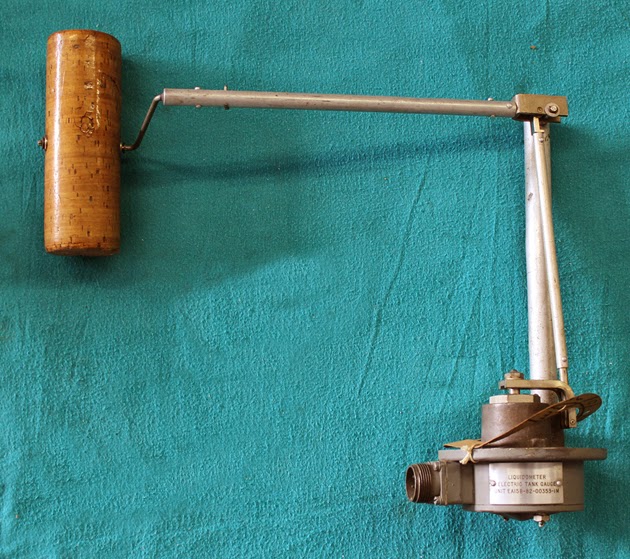 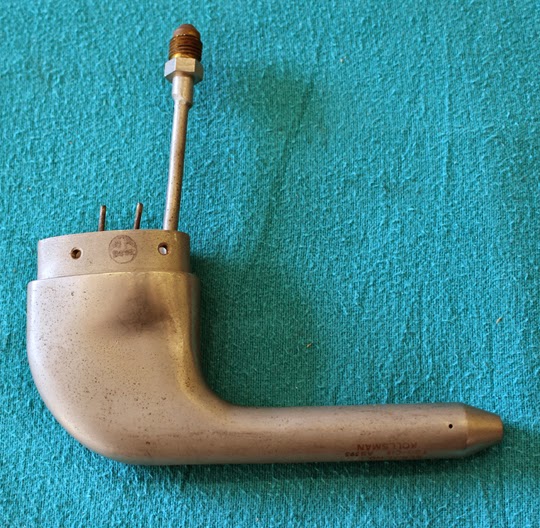 Electrical
The fuel control box has now had the last of the remaining switches, lights, terminal strips, fuel-quantity gauges, etc. completed. This box will be installed in between the left-hand pilot’s two knees below the instrument panel. This is a complex electrical panel which controls the boost pumps, fuel shut-offs, cross-feed valves, and installed in it are original unique illuminated tracks which light to show the pilot the direction in which the fuel is being routed. 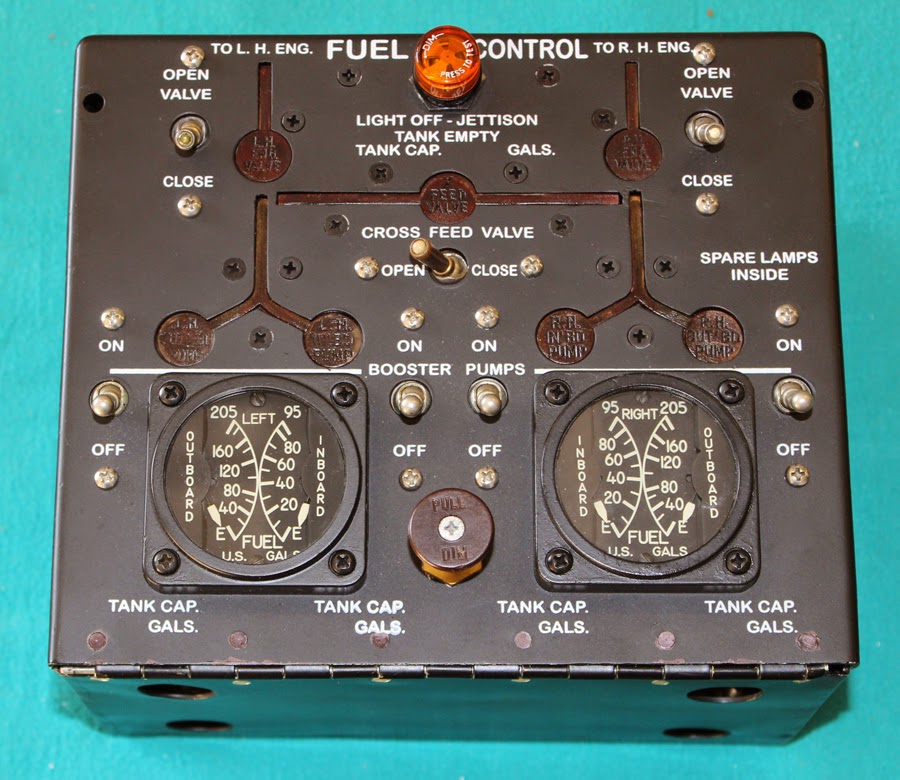 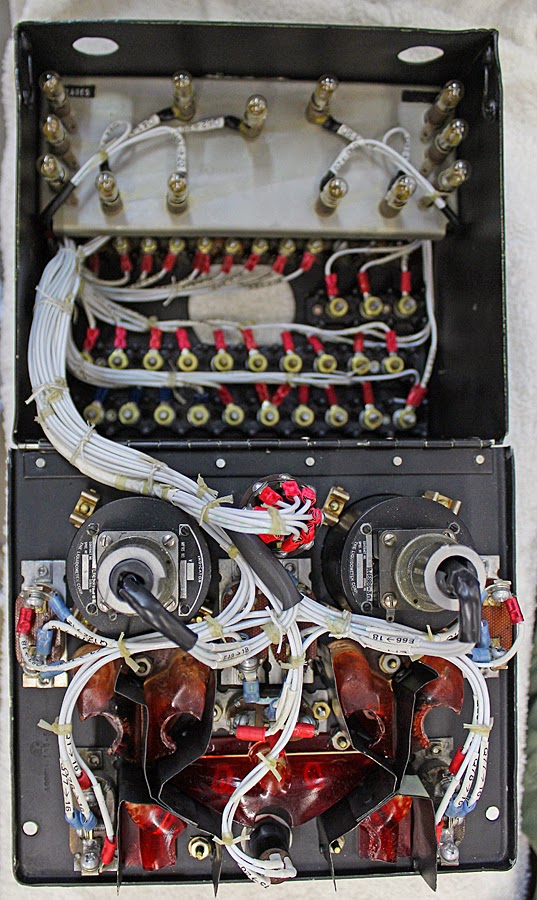 Coolant Exit Door Motors
Both new old stock coolant exit door motors are now installed along with their wiring harnesses and limit switches. These coolant motors, which actuate the opening and closing of the coolant exit doors, are thermostatically controlled to regulate the airflow through each radiator for engine cooling. 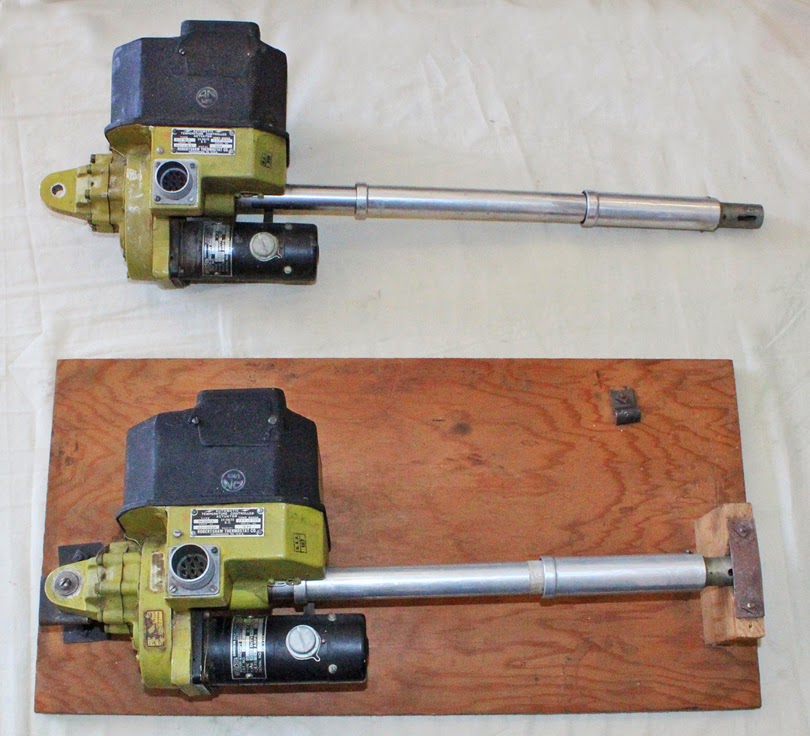 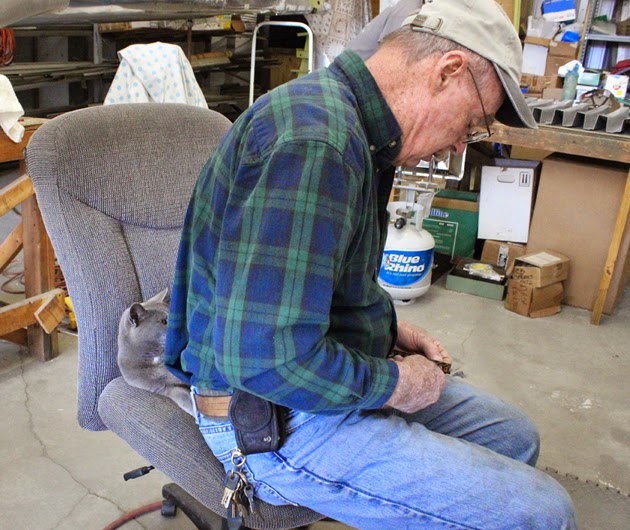 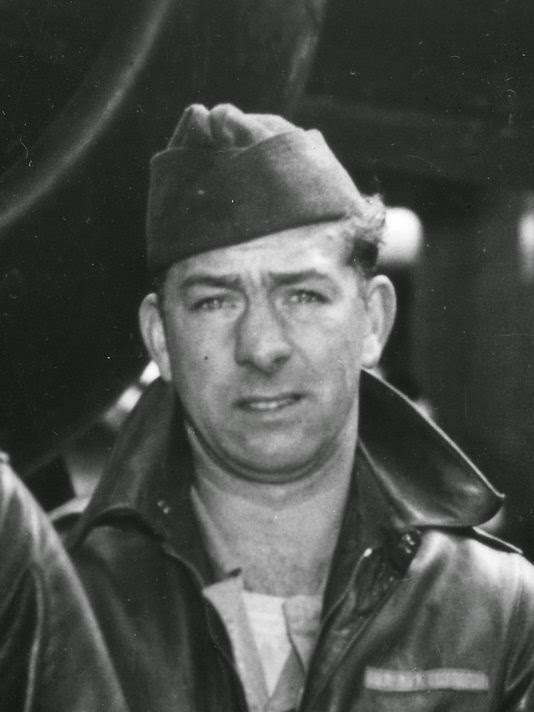 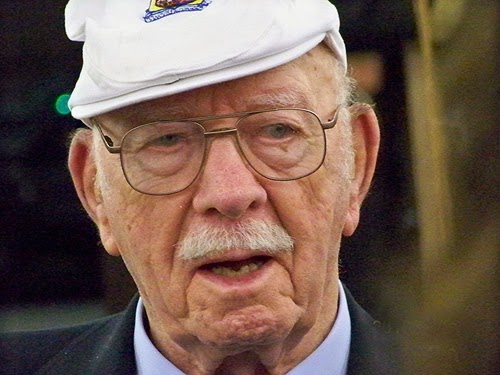 Lt. Col. Edward Saylor, one of the last survivors of the “Doolittle Raiders” who flew a daring WWII bombing mission over Japan just four months after the attack on Pearl Harbor, died near Seattle.  He was 94.  With Saylor’s death, only three of one of the most storied group of airmen in American history remain.  When the young men -- all volunteers -- took off from the USS Hornet on 18 April 1942, they numbered 80.

Those of you who have been following the progress of the XP-82 restoration project know that we are moving into the final stages. We are trying to meet an 18-month deadline.  As a result, we will have to change the update schedule to every six months, thus saving us 3-4 days a month (newsletter preparation time) that we can apply to our restoration. The next update will come out in June / July.  However, The Katz may say “Hi!” from time to time.”