What a month it has been.

It seems that we can work on some specific systems for months, and it never seems to get done. Well, this month quite a few of these endless jobs got completed.

Both windshields are now completed with all their glass panels installed with PRC (epoxy) edge sealants and mounted on each fuselage. The last thing that needs to be completed is the special rubber seal inside the windshield bow that seals the canopy to the bow when the canopy is closed. 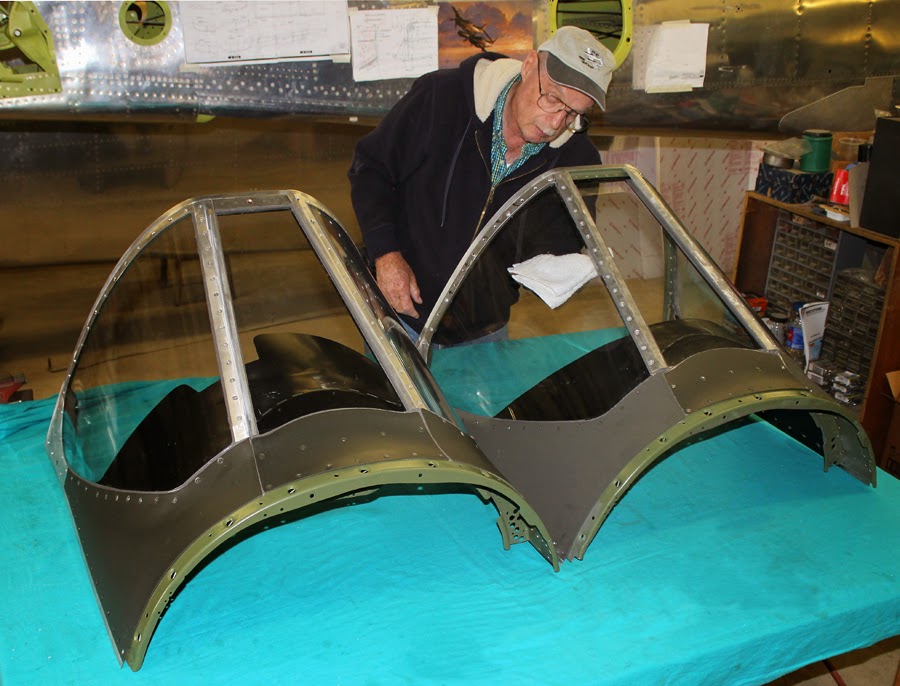 Ailerons
Both skinned ailerons and bell cranks on the right-hand wing are now complete and final-fitted on all of their hinges. Both ailerons (two per wing) and all the mechanisms operate as smooth as silk.

The final fitting of the two main XP attach fittings in the left-hand ailerons is now complete. As mentioned over the past few months, the fitting of the remaining aileron hinges is progressing quite rapidly as the “reinvention of the wheel” was completed on the right-hand wing.  Designing, manufacturing and final fitting the new non-boosted XP hinge points to the boosted “E” model ailerons was quite a brain-burn.   Two of our  lead sheet  metal  crew  took on the challenge and made the tasks look simple. We expect both left-hand ailerons to be completed mid May, and the final skinning of the bottom of both wings will begin. 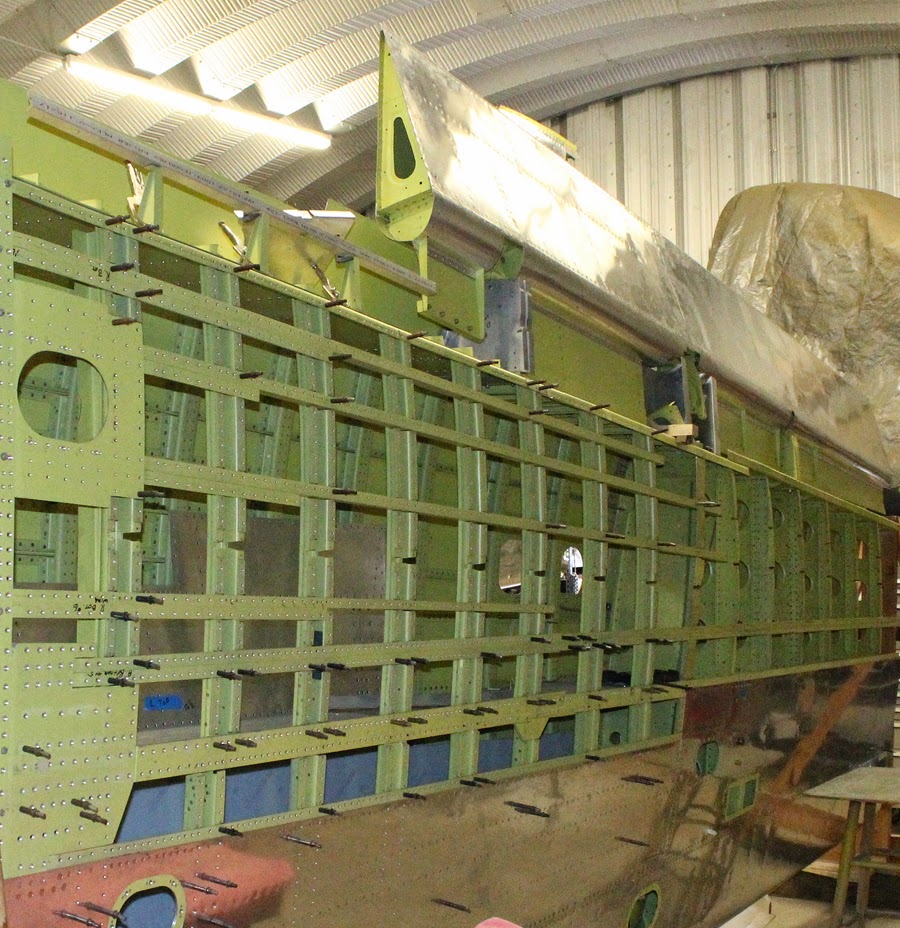 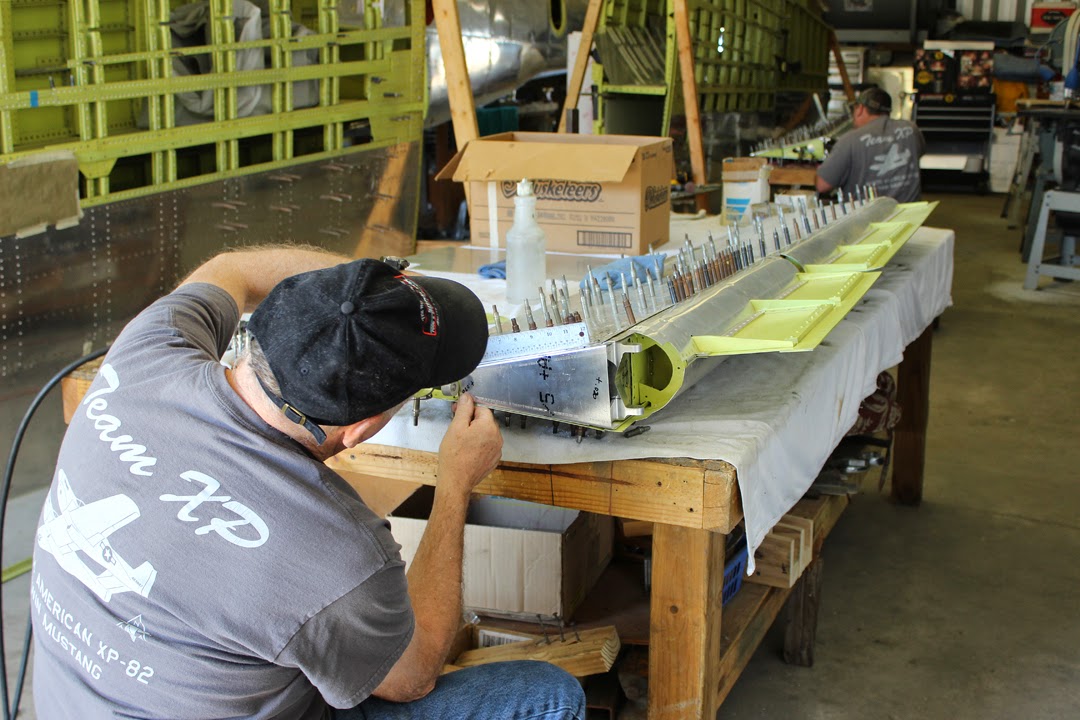 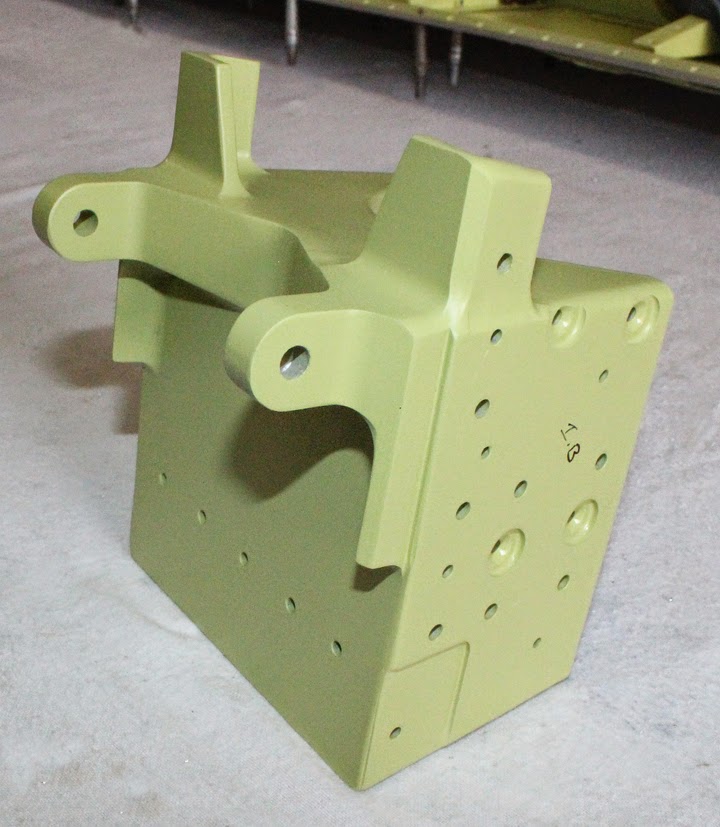 Aileron fitting for the left-hand aileron

Gear Door Retract/Door Up-Lock Hook Cylinders
Mounting of the overhauled cylinders with their coiled flex aluminum lines was a very difficult fit, not allowing anything to rub.  Both are now completed. 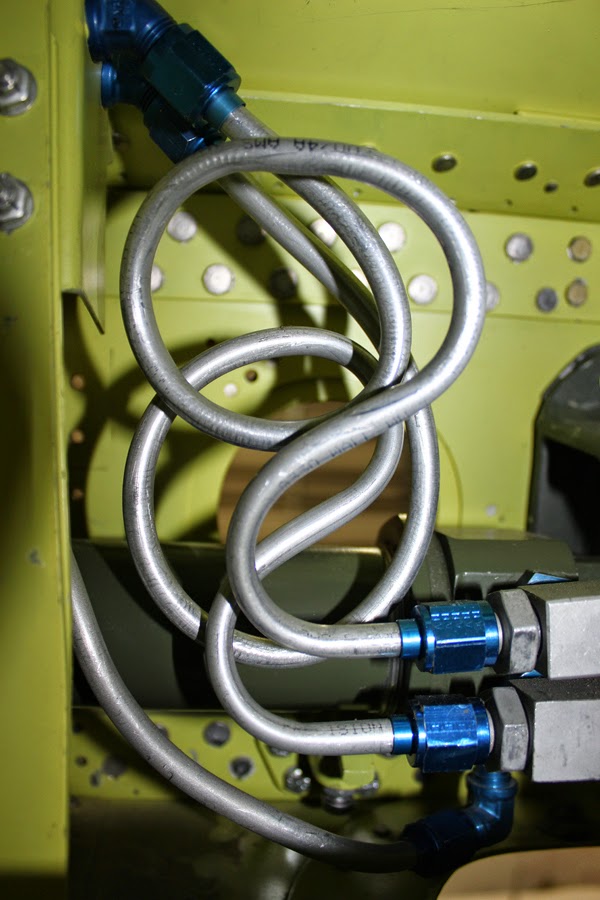 Fuel Tank Feed & Vent Lines/Tubes
These tubes are projected to be complete by mid May. Two team members spent two weeks forming patterns out of malleable tubing that were sent out with the new tubing (multiple sizes of 5052-0) to be formed. These tubes must be formed (bent) with a special mandrel machine bender or they will kink. I purchased a mandrel bender a year ago that hadn’t been assembled or used for years. This is a very large heavy manually operated bending machine that is 15’ long and weighs more than a thousand pounds.  I loaned the machine and all of its forming dies to Gerald, one  of  our  volunteers,  who lives in Mississippi. Gerald is a retired Naval officer, radar expert and a EC121 (Connie), P2V  Neptune and P3 Orion crew and driver (pilot).  He spent weeks repairing all of the parts of this machine (lots) and is now forming all of our fuel feed and vent aluminum tubing.  Thank you, Gerald.

Seats
We assembled the pilot and co-pilot fold-back seats. (Each seat can fold back and the rudder pedals disconnect to slide forward so either pilot could sleep on long missions.) These went together quite quickly as we have had all of the parts detailed and waiting for assembly for a few months. 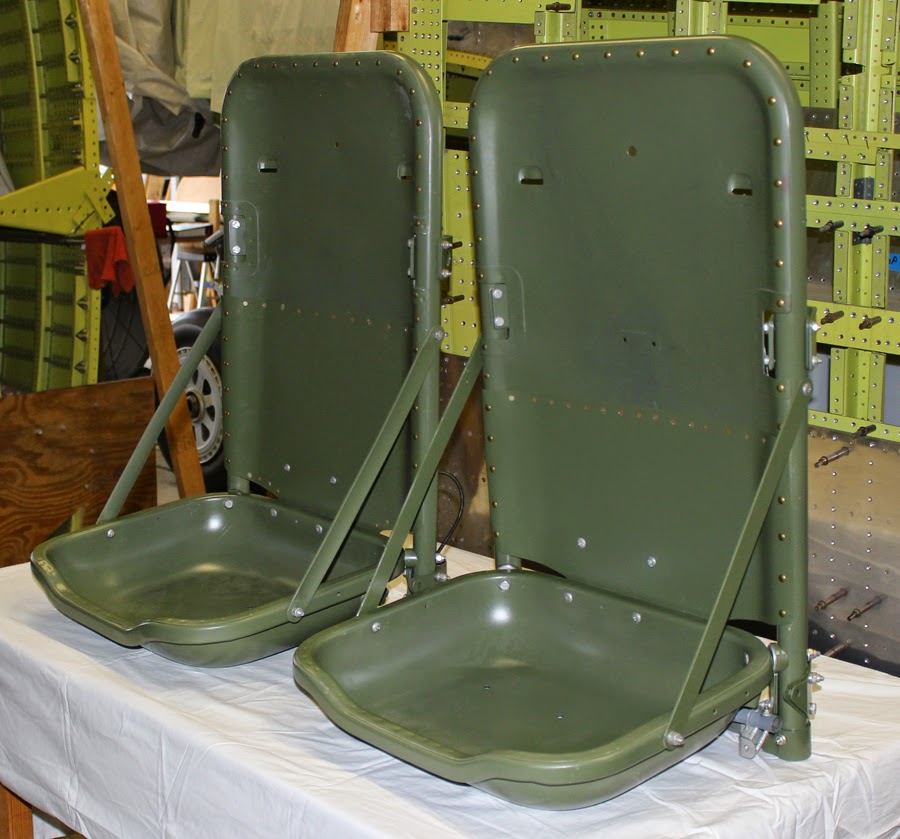 Tail Wheel Assemblies
Two team members have started on the two massively complicated tail wheel retract assemblies. There are literally hundreds of moving parts in these retractable and steerable units. Fortunately, we now have almost all of the parts, and two of our machine shops are completing the last few items that we are missing. 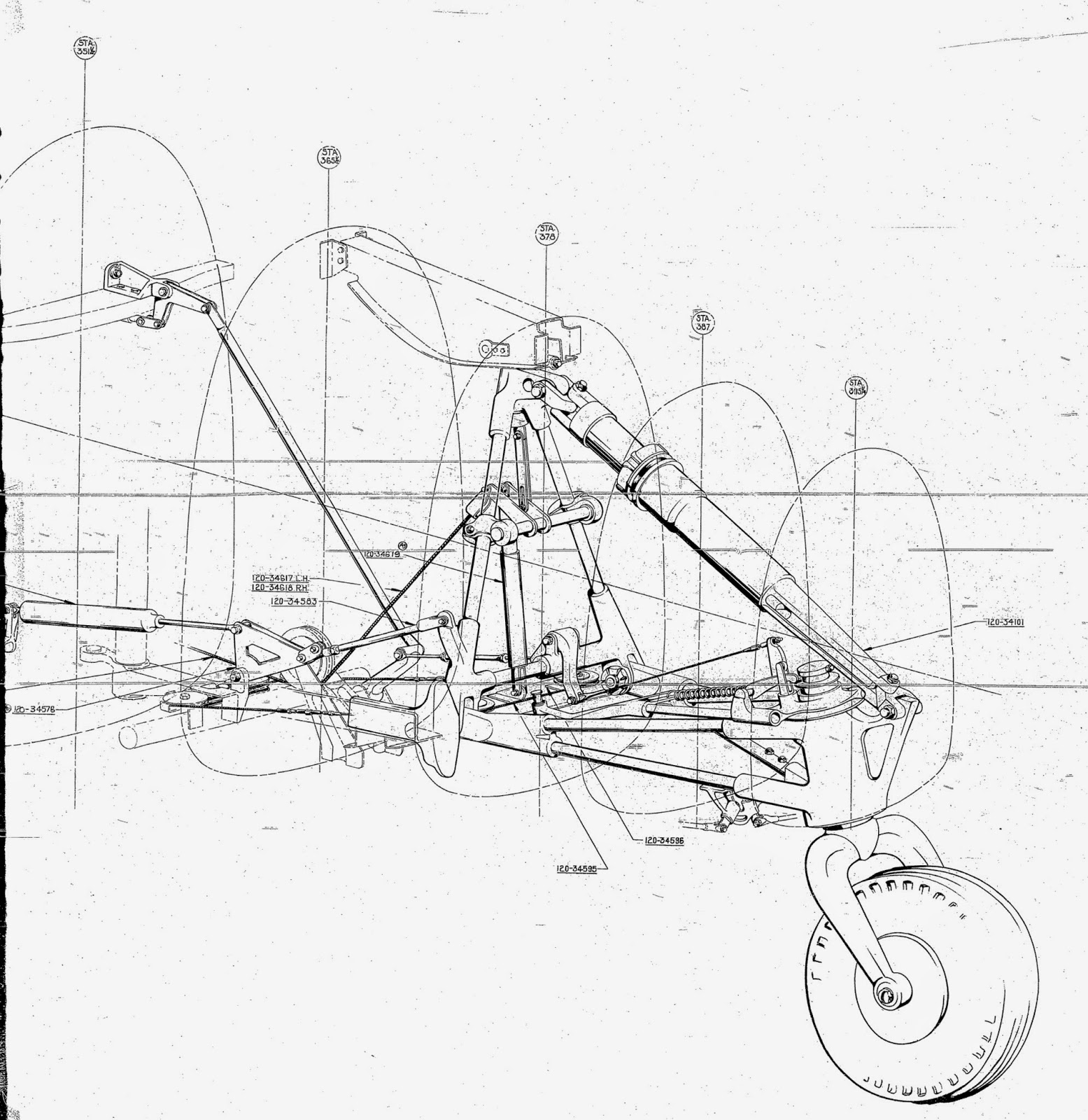 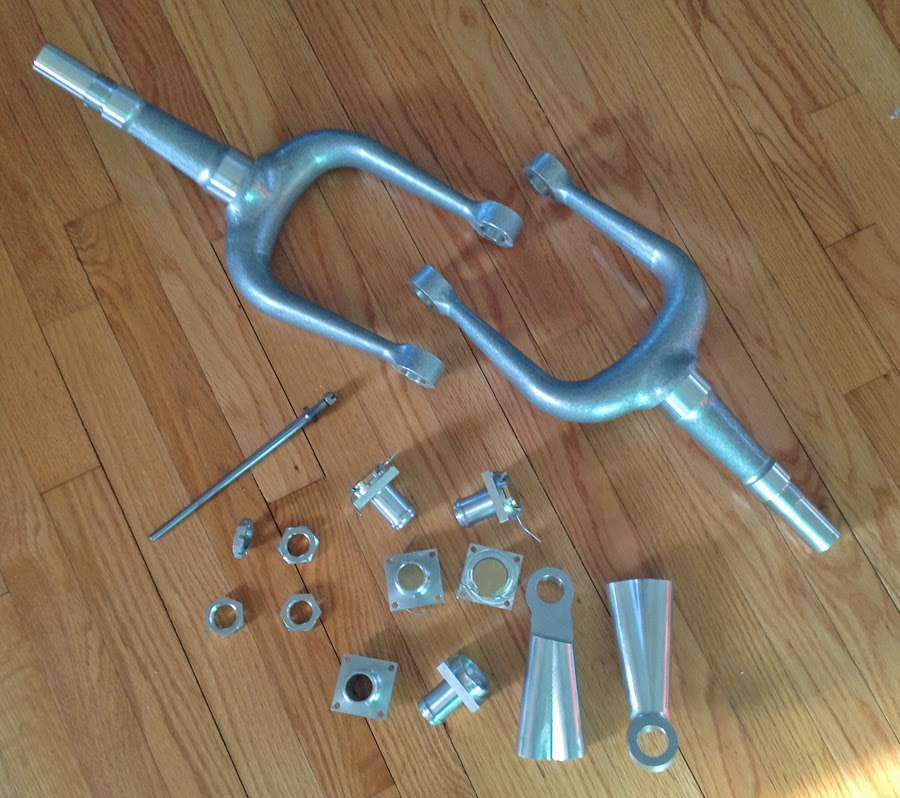 We got the two interior skins for the exit doors  pressed. They were a very difficult pressing because each had a combination of concave and convex shapes, making them very challenging to form on an English wheel.  We now have them both fitted to the internal framework and exterior skins, and have test-fitted both to their respective fuselage coolant exit door tunnels. We expect both of these to be completed and mounted by this summer. 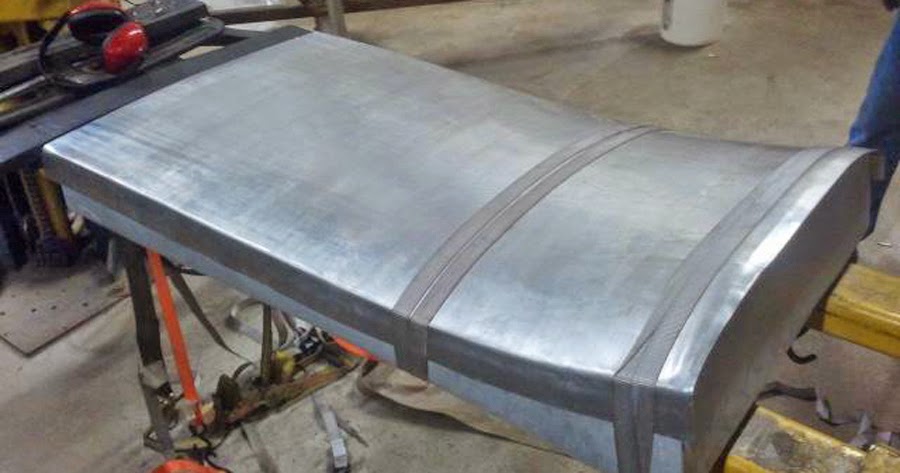 One of the assembled coolant exit doors 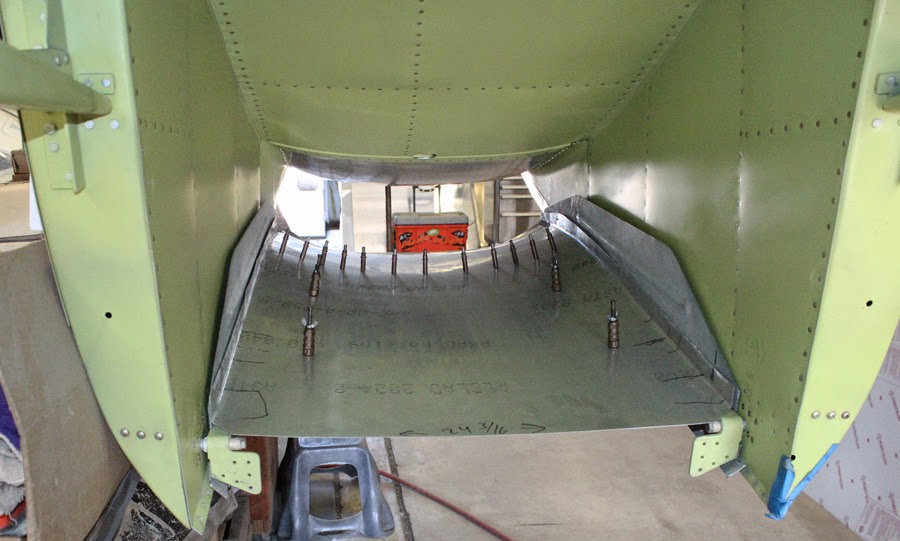 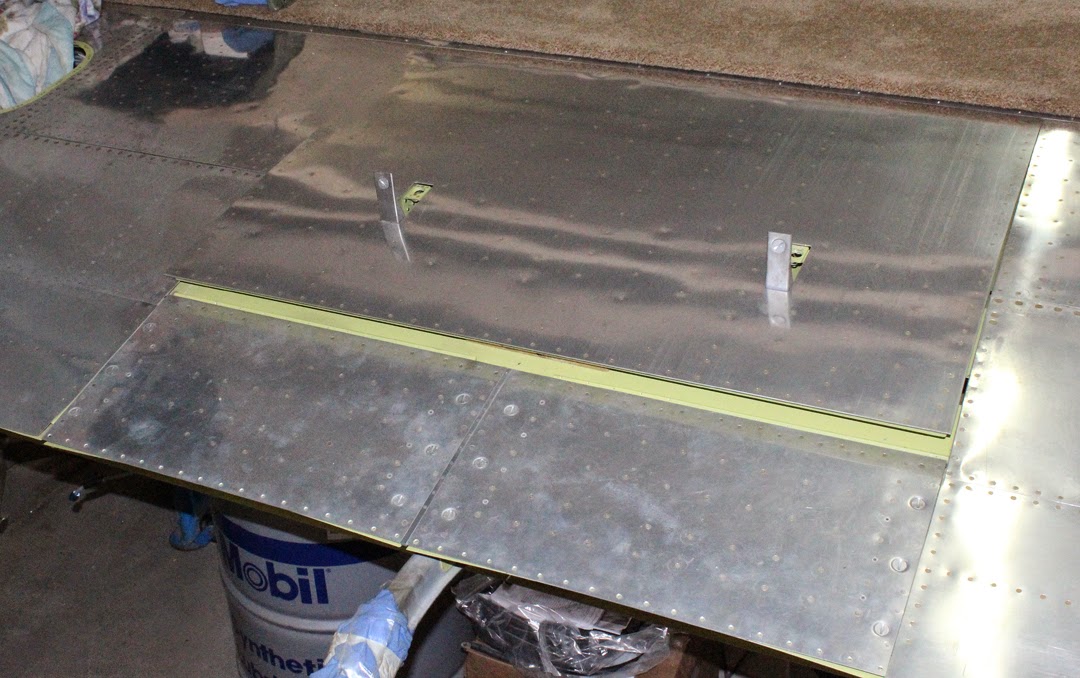 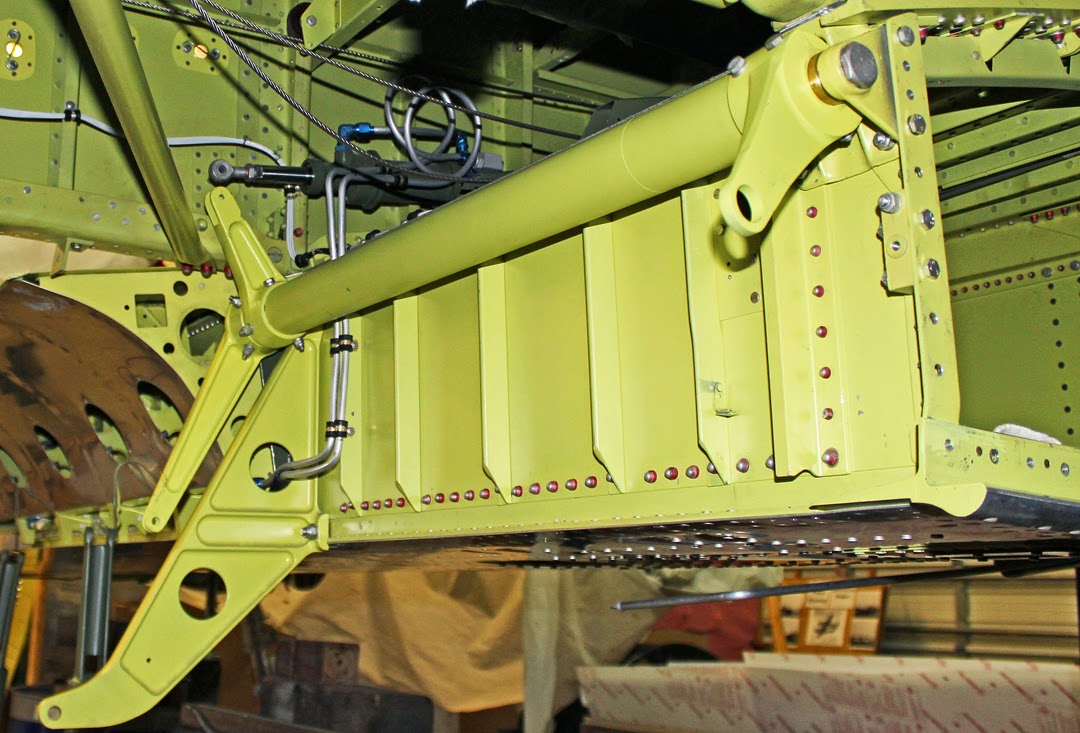 The two flap tubes and attach arms, one of each under each fuselage mounted on the spar, are now assembled and permanently installed. 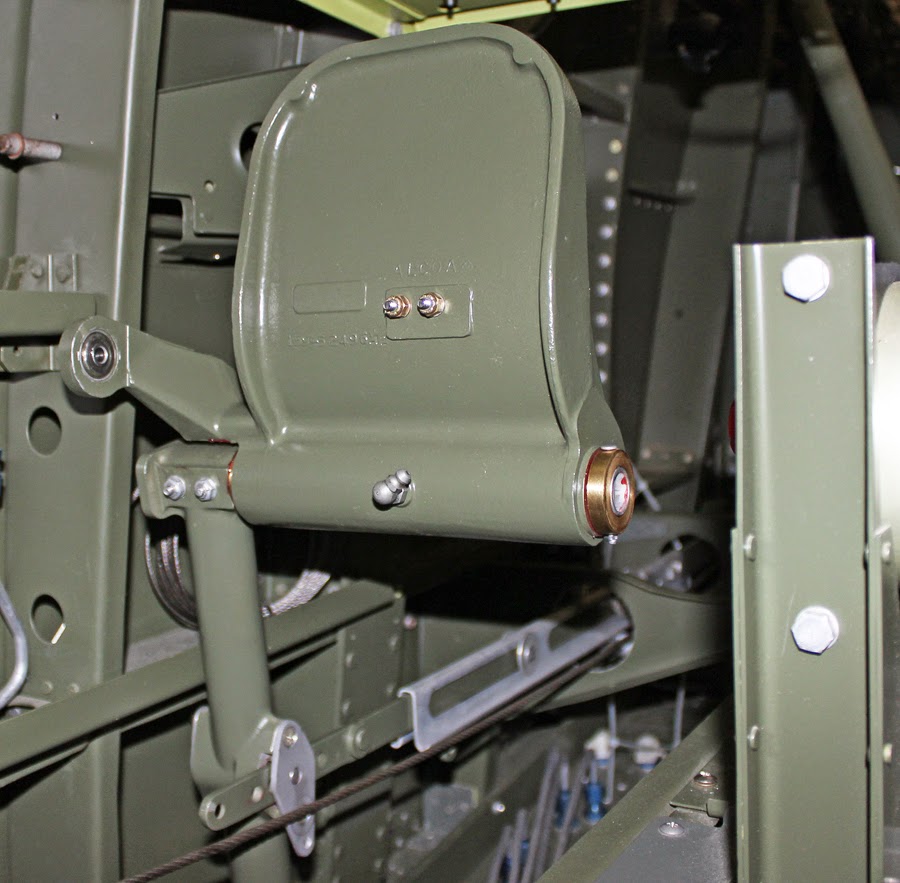 The right-hand cockpit set of rudder pedals and adjusters is now installed. 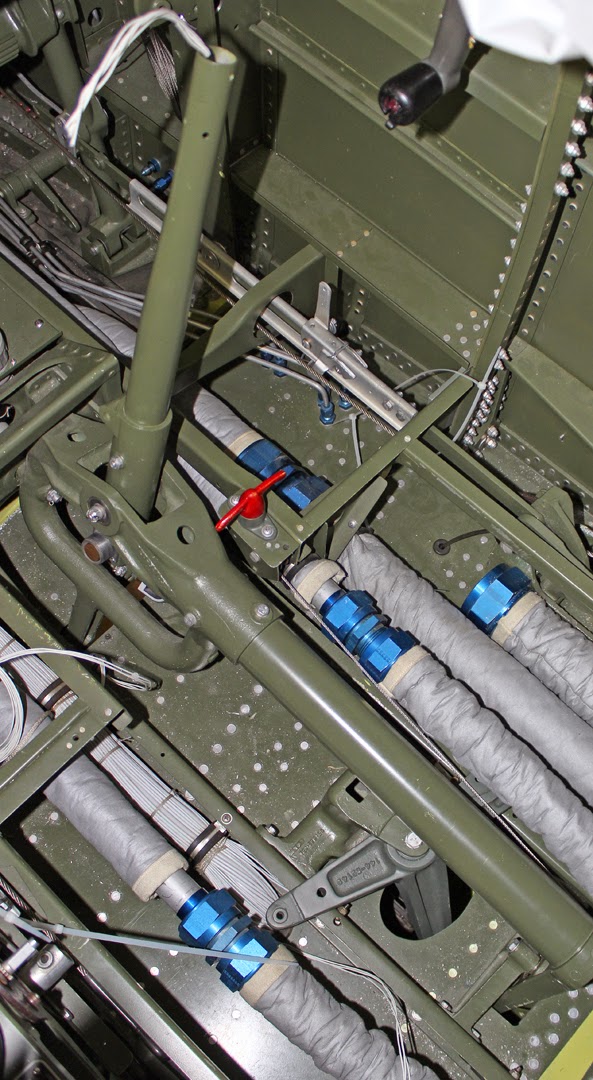 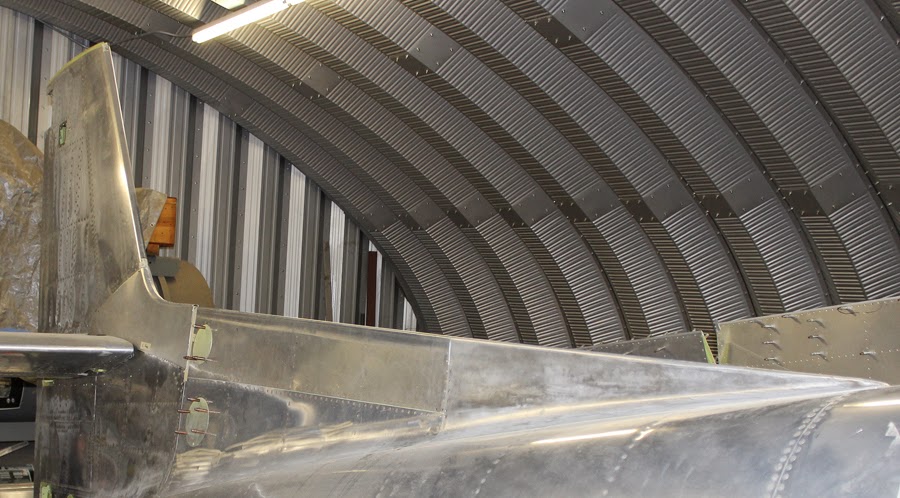 The final fitting and riveting of the two dorsal fins is now complete. 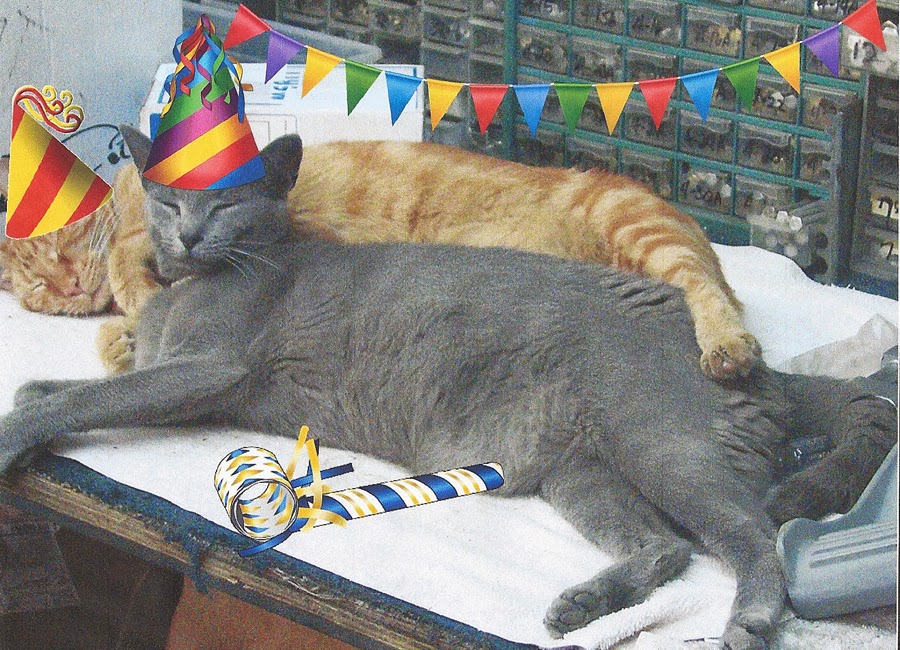 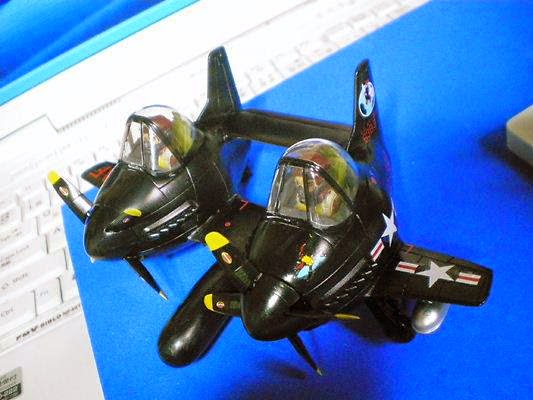 Posted by XP-82 Twin Mustang Restoration Project at 5:31 AM