Firewall Forwards
The internal ribbing and reinforcing panels are now completed for the two engine side cowlings along with new access doors for the right-hand cowlings. 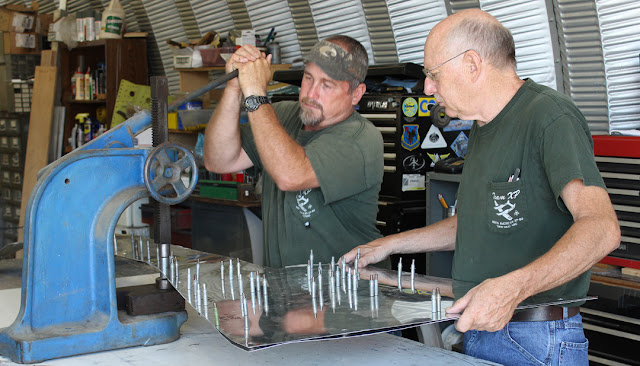 Press dimpling the cowling side skins for the Dzus fasteners 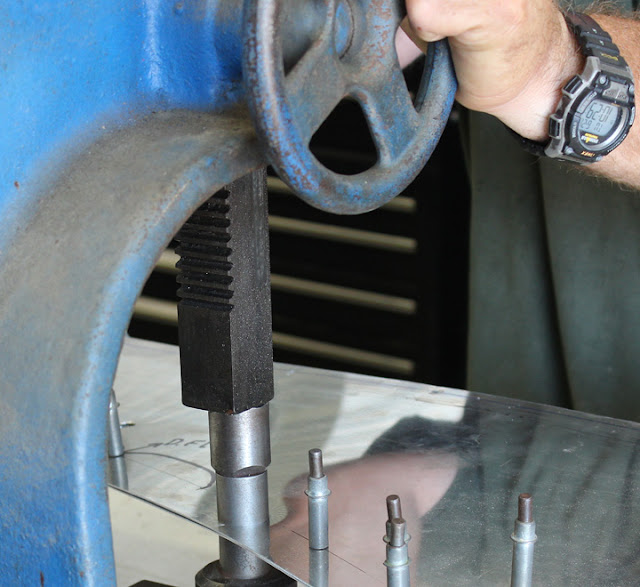 Internal ribbing on the cowling side skins 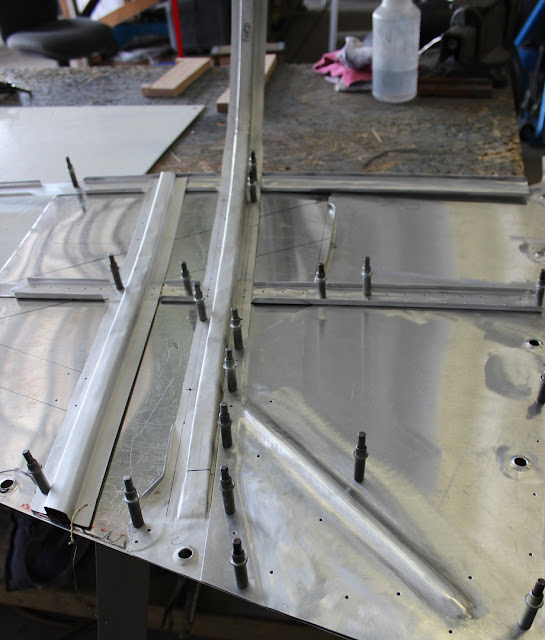 Carb Air Temperature (CAT) Control Motors, Gear Boxes and Rotating Air Control (#1 Ram Air, #2 Hot Air, #3 Half Hot Air and #4 Filtered Air)
A substantial amount of time has been spent installing and adjusting the settings of the rotating cams that actuate limit switches for each stop position on each motor. These pilot-controlled electrical switches stop the motors at the four different carb air temperature locations. Also, the original rotating carburetor air control diverter, located under the spinner on the original fuselage, was smashed due to ground handling and had to be reworked so the internal barrel would rotate. The two shells that hold the barrel were bent, corroded and needed all new fasteners installed along with the new manufactured ones that we received from one of our machine shops. A beautiful job. 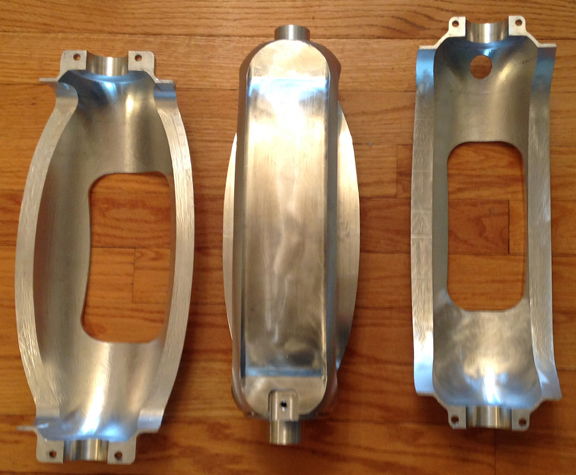 New machined CAT shells with the rotating barrel remove (below)


The Kat
“Pay attention and I will teach you how to read a micrometer!” 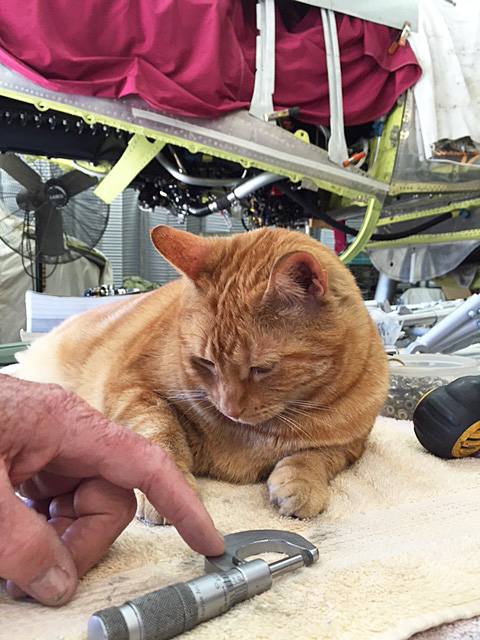 Saying of the Month
“I am concerned for the security of our great Nation; not so much because of any threat from without, but because of the insidious forces working from within.” 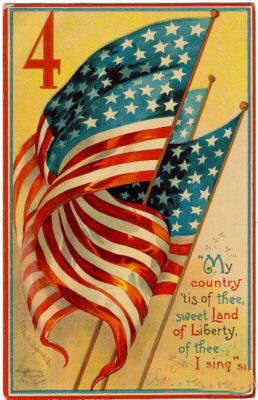 After Japan bombed Pearl Harbor on 7 December 1941, drawing the United States into WWII, Thatcher volunteered for a secret mission that would help change the course of the war. He and 78 other volunteers, led by legendary Jimmy Doolittle, trained for approximately three months before embarking upon the mission, a raid involving 16 B-25s on 18 April 1942.

After the raid on Tokyo his B-25 crash landed in the surf. Thatcher saved the lives of his crew by gathering them on the beach, administering first aid and making contact with some friendly Chinese. He was awarded the Silver Star. His other decorations include the Distinguished Flying Cross, Air Medal with four Oak Leaf Clusters, and the Chinese Army, Navy and Air Corps Medal, Class A, 1st Grade. 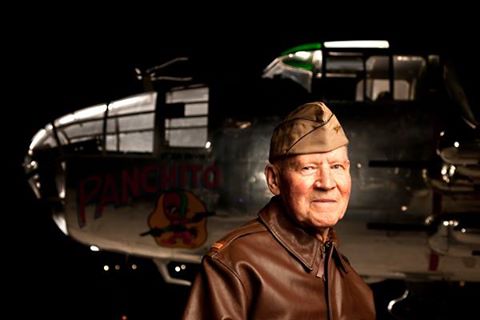 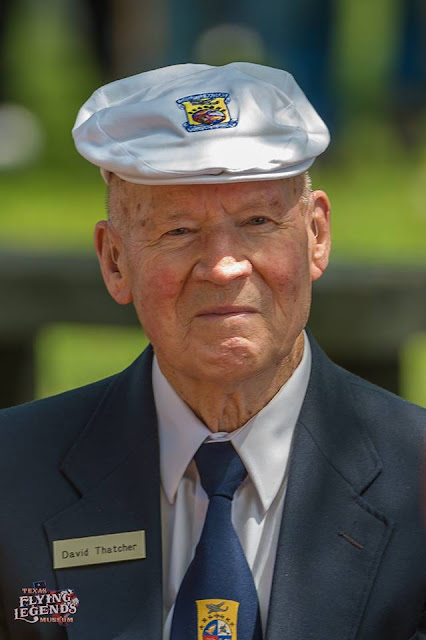 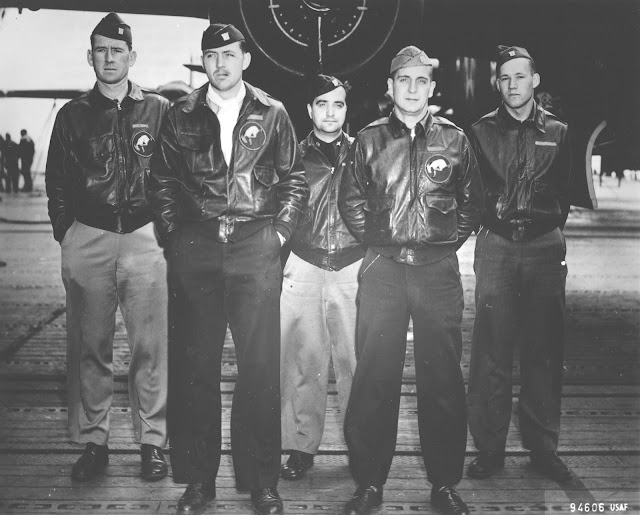 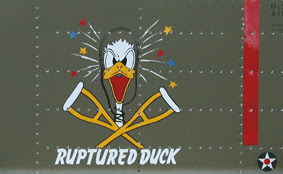 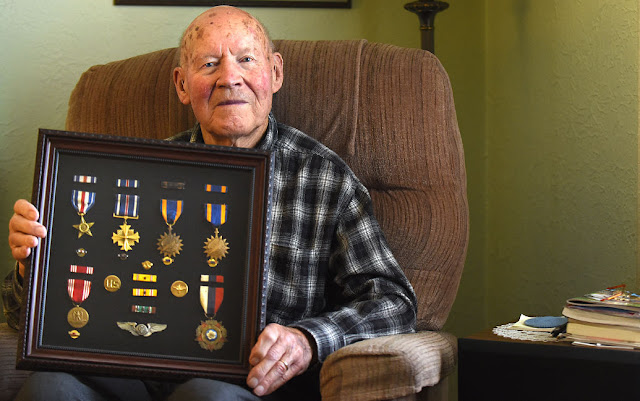