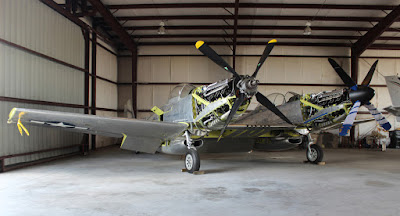 Another Great Month for Our XP-82
Lower Cowlings
The final spot-welding on all of the lower cowls is now completed, and the interiors are now painted to color. 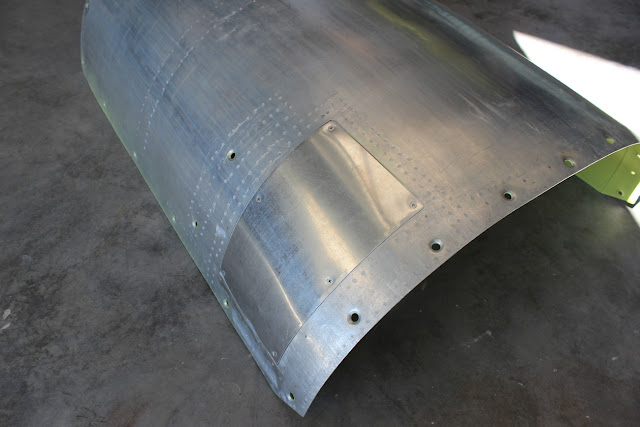 The filtered air boxes are now also completed and permanently riveted to each forward induction trunk. These filter boxes hold carburetor air inlet filters in event the aircraft is operated off of sandy or unimproved runways.  The filtered air position is selectable by either pilot. The chance of this XP-82 ever being operated off one of these strips is probably less than zero, but for authenticity they had to be installed. The camera makes the colors look different. 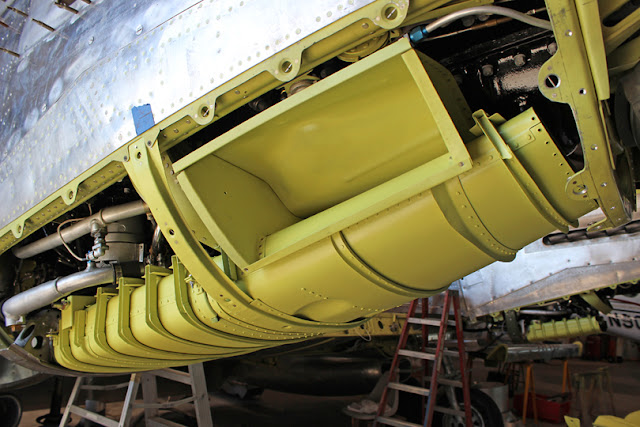 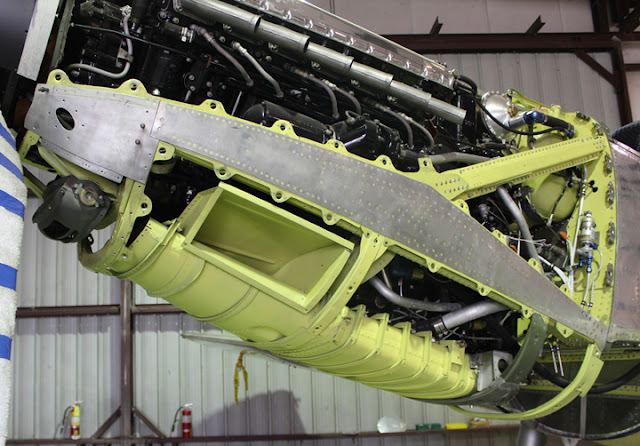 Antennae
Both the MN-26C Radio Compass ADF Loop  and the AN/ARC-3 Radio Antenna Mast are now installed. Thank you to Larry Kelley and Bill Saunders for the contribution of these rare items. 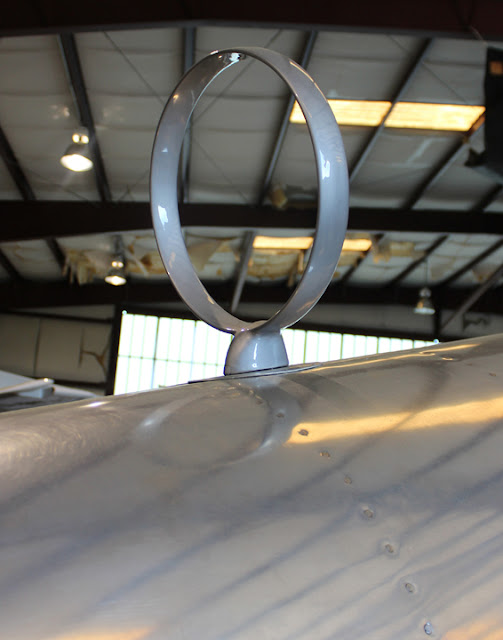 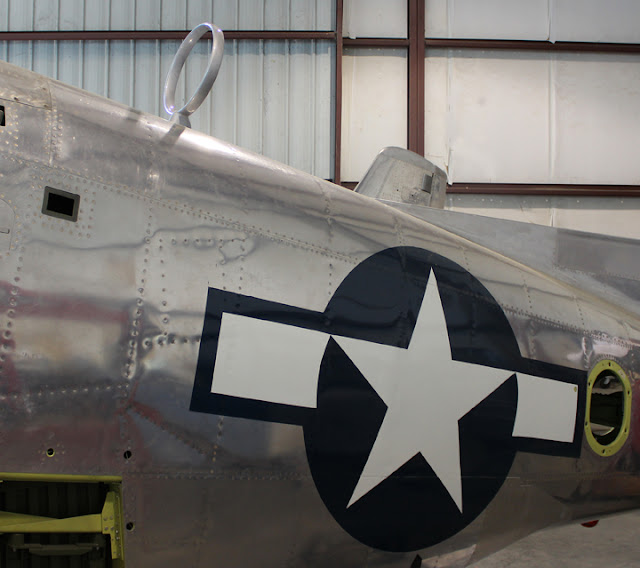 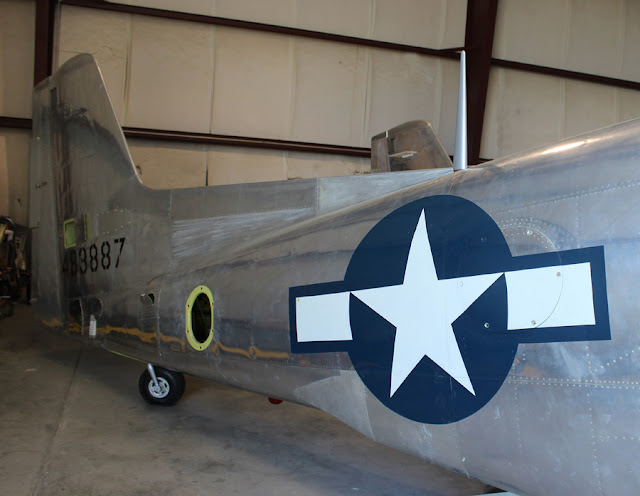 Wing Tips
The four wing tip panels, two top and two bottom, are now finally fit awaiting the welding of the center seams and mounting screw holes and, installation of the tip lights and strobes. 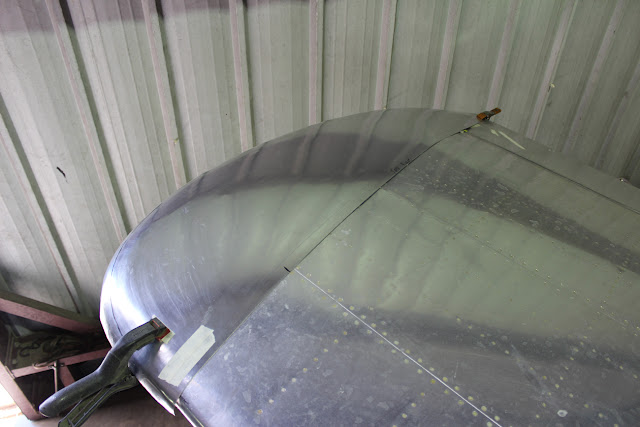 Cockpits
Both the pilot and co-pilot oxygen regulator/blinker panels, along with the gun sight rheostat are also installed.  All of the oxygen bottles are now stenciled with the original markings and reinstalled in both fuselages. 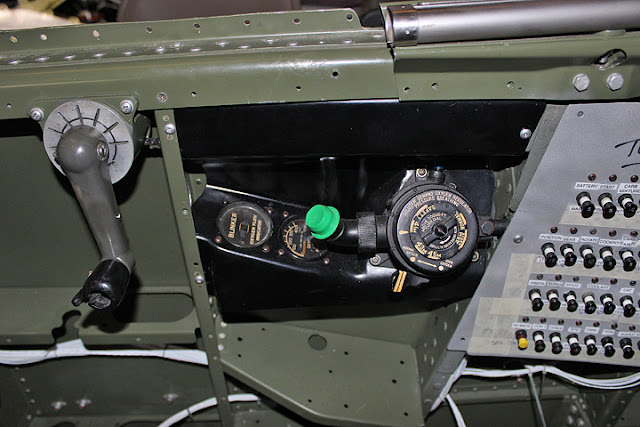 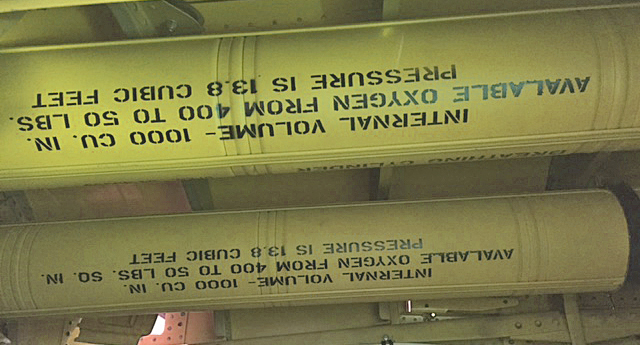 The K14 gun sight and gun strike camera are now permanently installed. The strike camera presented a problem because the 90-degree top periscope interfered with the center armor glass since the glass had more sweep back than the P-51 windscreen. The periscope had to be shortened ¼ of an inch for clearance as the later camera version had. 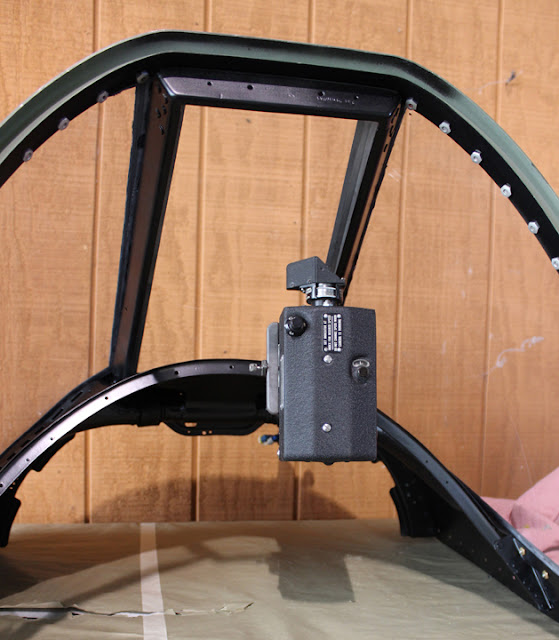 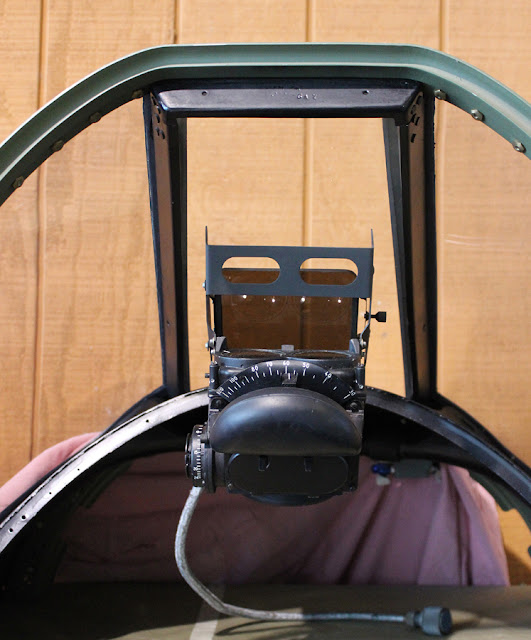 Main Gear Doors
The frameworks for the main inboard gear doors are now being formed to fit the curvature of the press dies for the inboard door panel. These two inboard doors are one of the last two complex hurdles we must complete on our XP-82 restoration project. 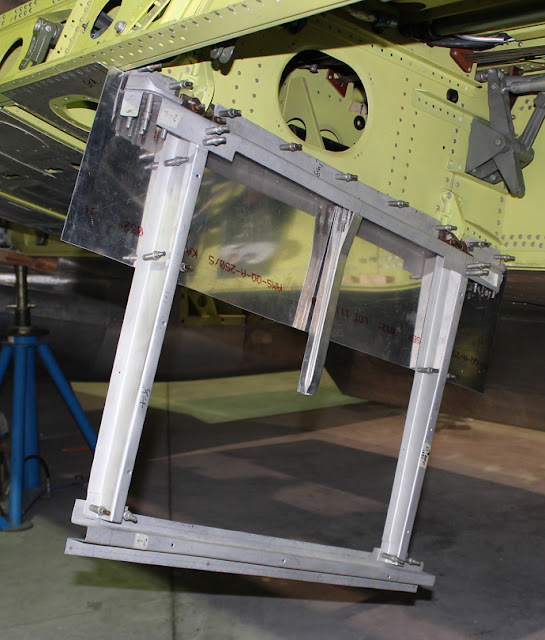 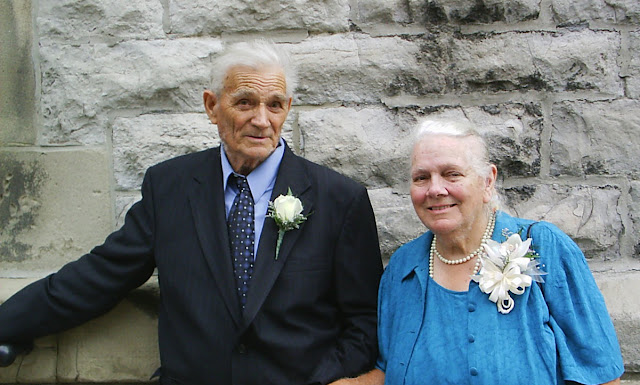 All of the warbird community owe them a debt of gratitude for saving these precious collectables for us and future generations to enjoy.  God Speed Walter and Margaret. Now they are together again in heaven. 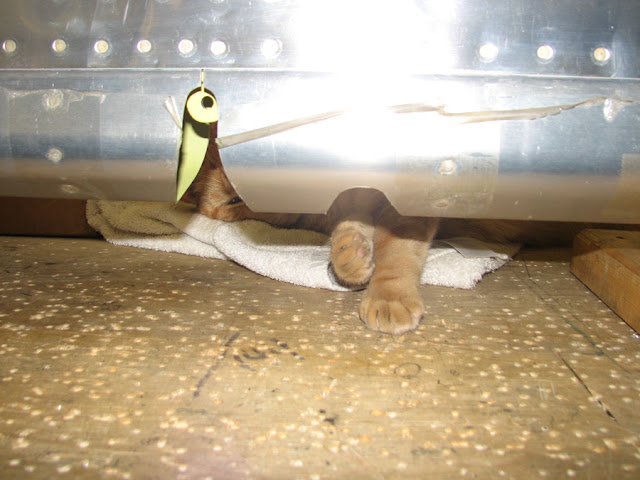 An Oldie but Goody worth repeating.

“Would someone please hand me a pair of Cleco pliers?”
----- Allison

Posted by XP-82 Twin Mustang Restoration Project at 10:06 AM