Wing Tips
After what seemed like forever, the forming and welding of the seams on the two wing tips are now completed with the exception of their final spot welding.  The Lucite (Plexi-glass) red and the green lens that cover each tip light bulb still need to be formed. 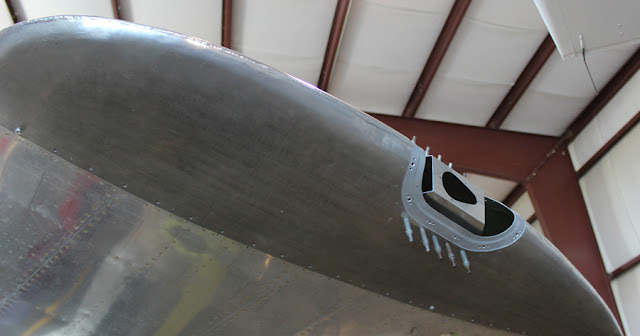 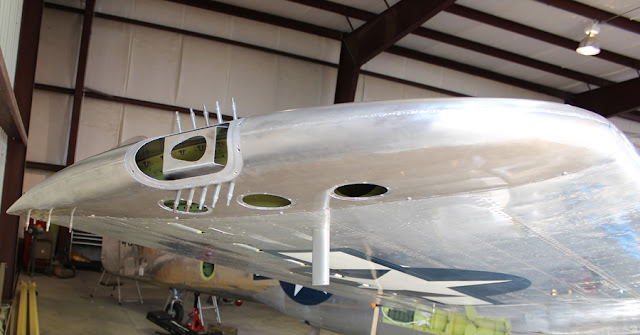 Tail and Wing Fairings
The left and right horizontal-to-vertical stabilizer fairings are now complete, less the welding on the leading edge seams. They have a unique mounting. Each fairing screws horizontally to the vertical stabilizer and dorsal panel, but only rub on a thin phenolic strip mounted on the upper and lower surfaces of the horizontal stabilizer without any vertical attaching screws. 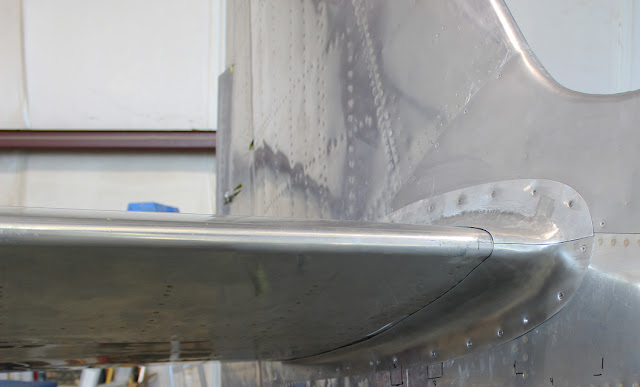 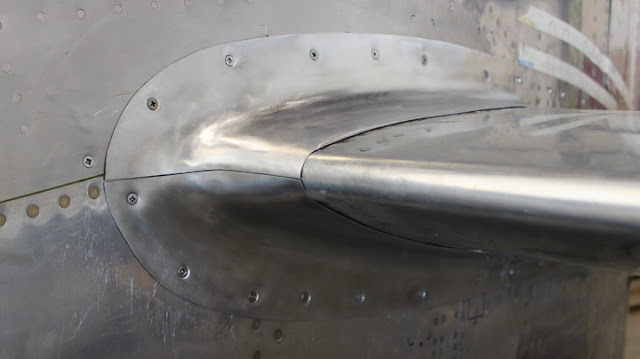 The forming of the fuselage-to-wing/center section and trailing edge fairings has just been started.

Top Cowlings for Right-hand Engine
The right-hand top cowl for the right-hand engine has now finally been reworked, fit and drilled to the internal framework. The left-hand top cowl is still presenting such a challenge that we think we will have to remake the entire panel. It has been quite a frustrating job to try to correct these two top panels. 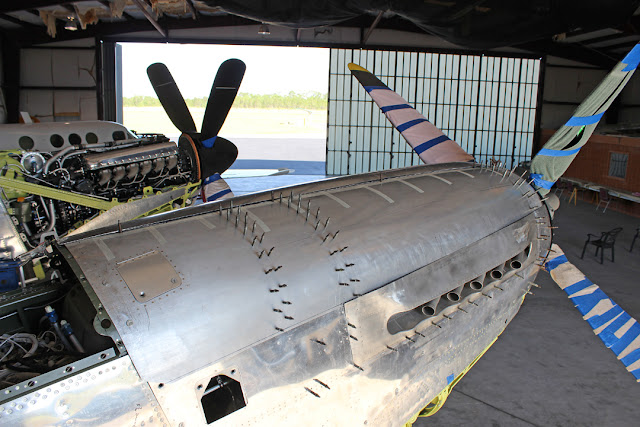 Original WWII Radios
The final radio receiver, a BC-966-A, has been installed completing our entire radio package. We also found an rare detonator switch that upon a very high G-force crash sends a signal to an explosive charge mounted in each radio that destroys the radios so an enemy cannot gain any knowledge. Of course all of our radios have had these charges removed. 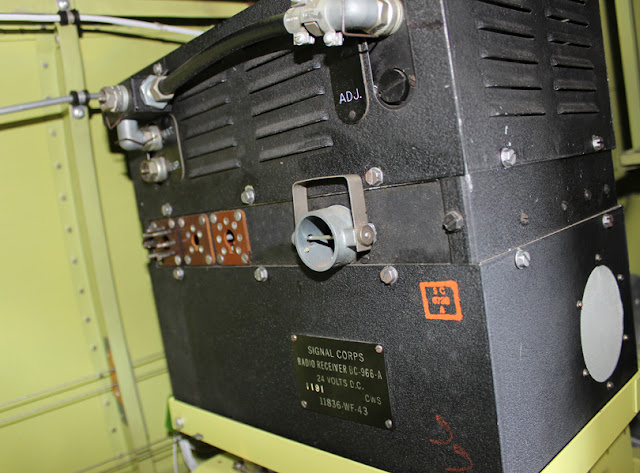 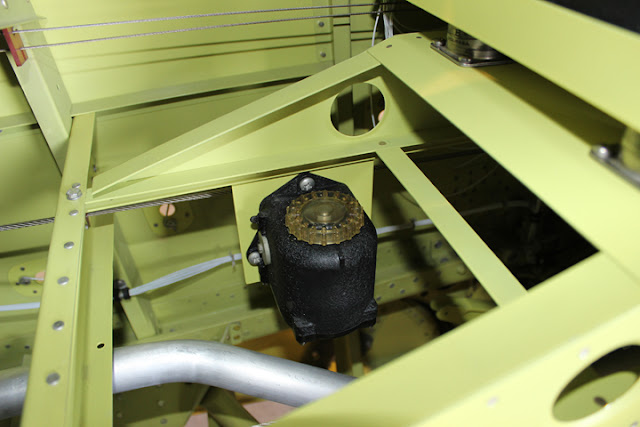 We also have original Cannon plug connectors for each radio that still need to be wired for authenticity.

The latest Garmin radio and avionics package is being installed as we speak.

Carburetor Air Temperature Control Motors
These two motors with their microscopic armatures, field windings, micro-switch wiring, 90 degree gearing and switch rollers are almost complete. The left-hand motor has been finished for about two weeks now.  We should have the final backlash fitting of the two 90 degree gears in the right-hand motor completed next week and both motors finally installed in the engine compartments. 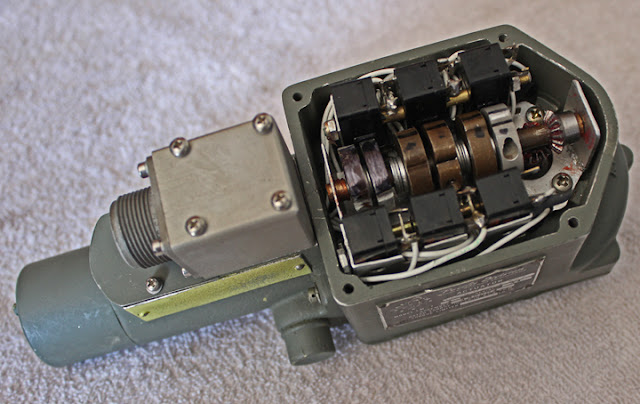 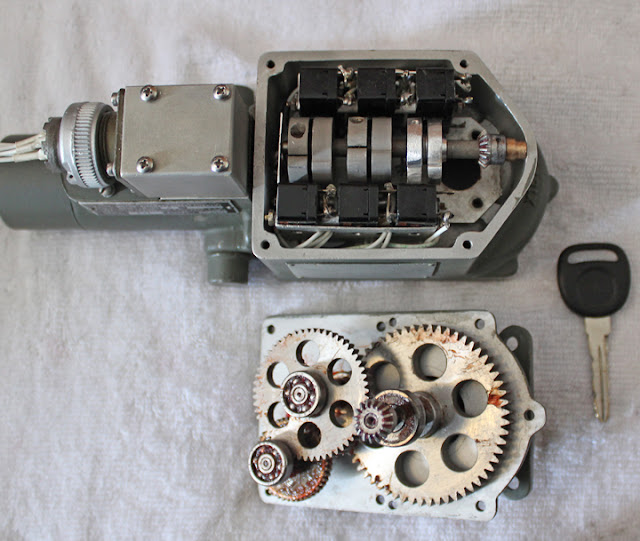 All of the screen-printed panels have now been fitted with their switches, rheostats, lights, push buttons, etc., and mounted in their respective positions in each cockpit. 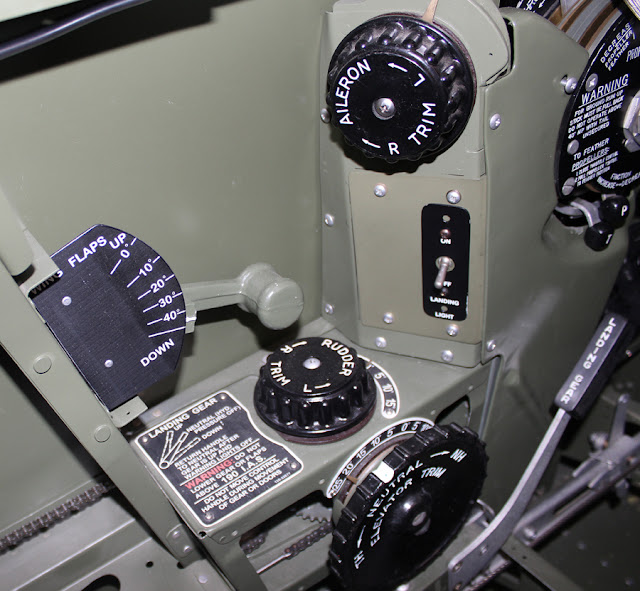 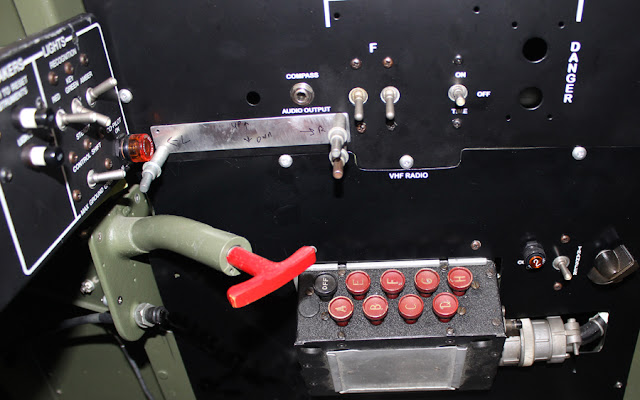 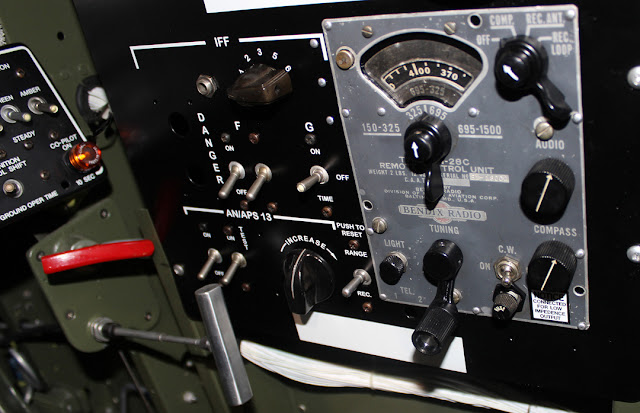 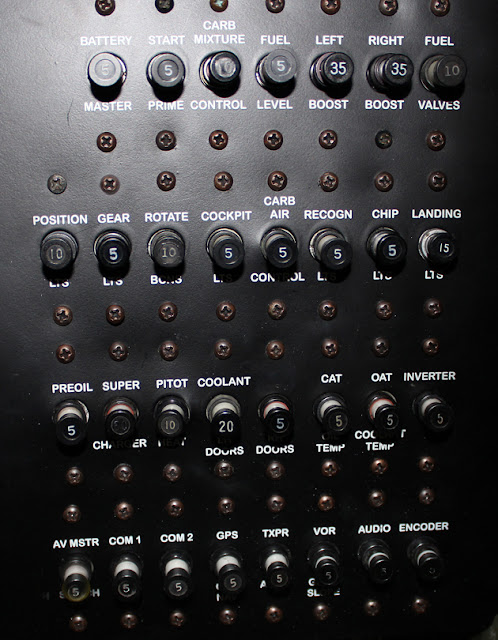 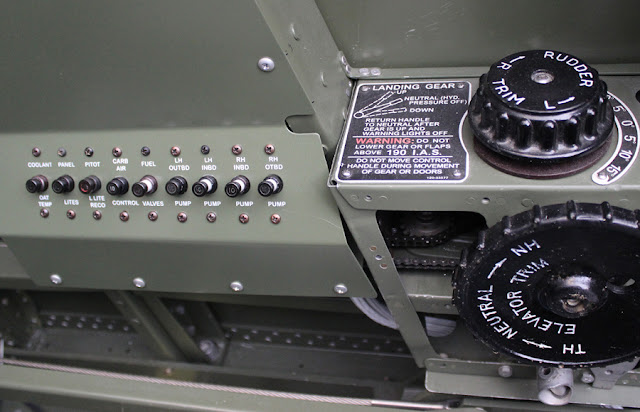 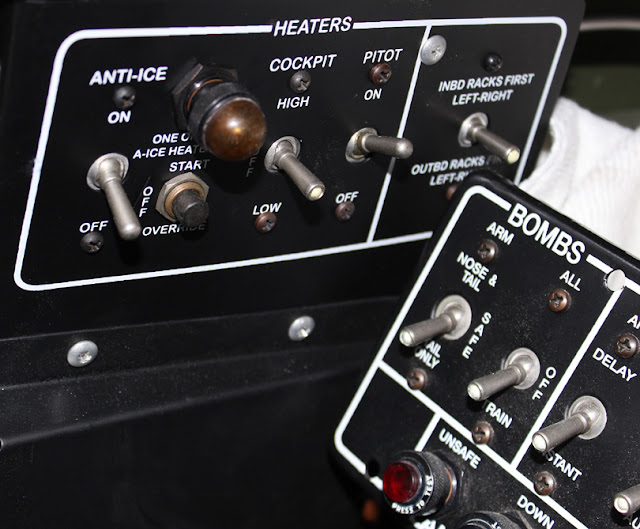 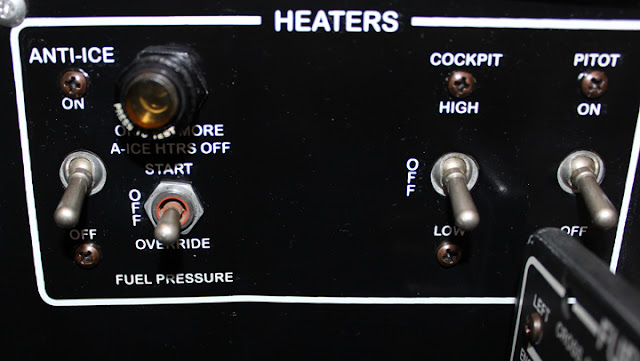 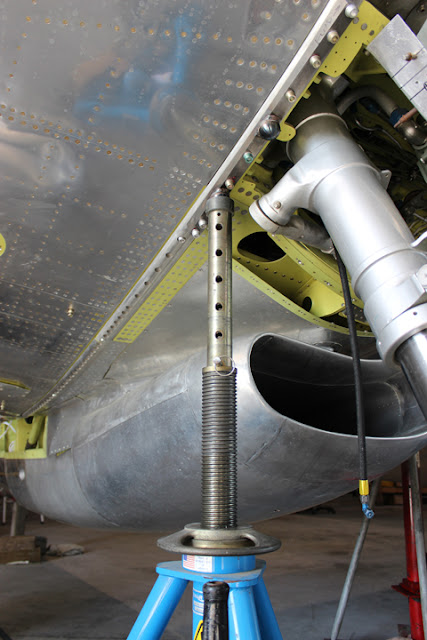 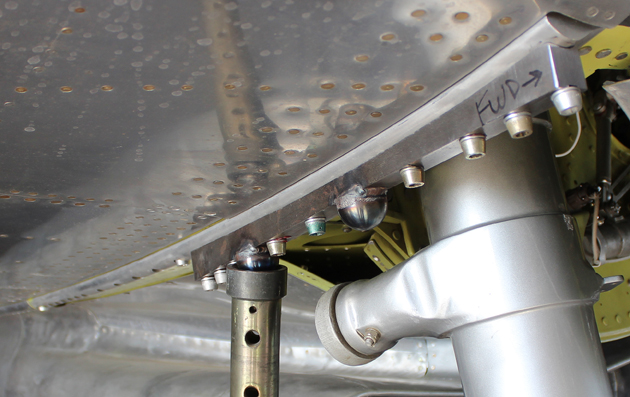 We have now filled the XP-82 hydraulic system with 14 quarts of Mil H 5606 hydraulic fluid, and we are proceeding with the gear retractions.

Much time is being spent adjusting the twelve push-pull rods which activate each inboard gear door forward and aft up-lock hooks along with the emergency up-lock release and hook pull cables.

Happy Easter from the Easter Bunny. Strange how she looks so much like our Allison. 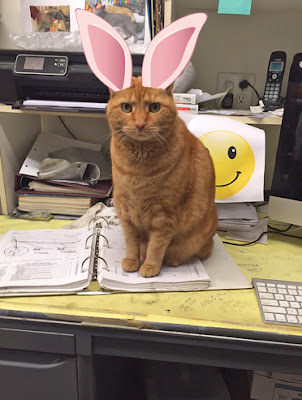 
Posted by XP-82 Twin Mustang Restoration Project at 6:21 AM