Wings/Center Section
The crew completed the left-hand leading edge and final riveted it to the forward spar of the left-hand wing. 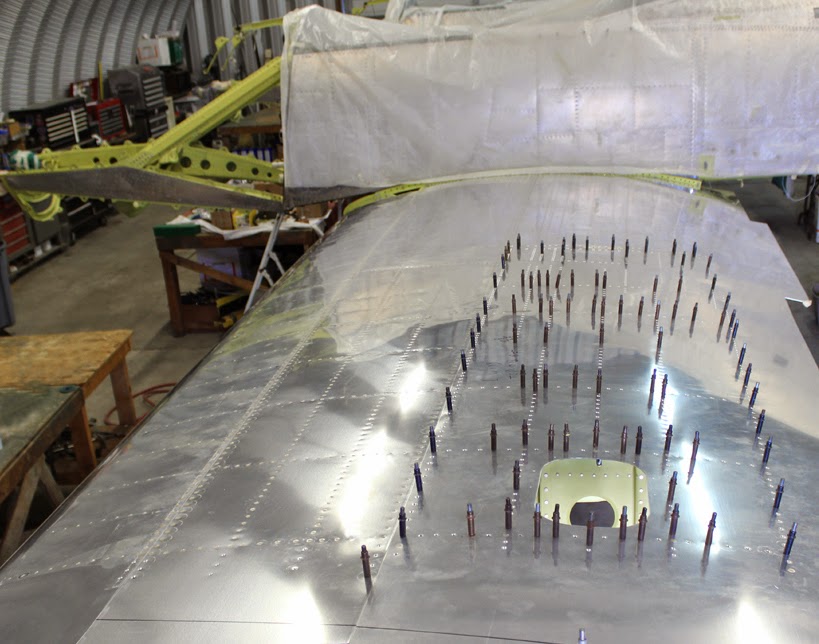 We chose to use the center section as the parent fixture for the attachment of the wing-attach angles and the riveting of these upper and lower inboard skins to lock everything in place on sweep and dihedral. The two wings will come off during the second week of July and go into the fixtures for final adjustment and to confirm washout (the downward twist of the outboard section of the wings).

Lower and Upper Views of the Right-hand Wing 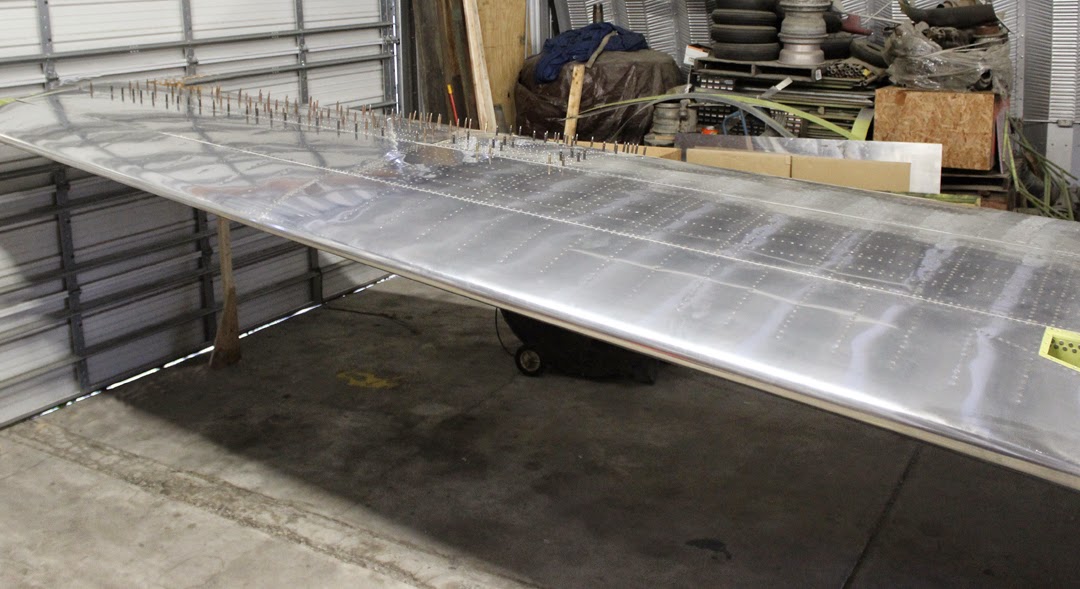 Hydraulic, Instrumentation and Brake Lines
The majority of the lines running along both cockpit floors and up behind and through each firewall are now completed. It has been difficult attempting to duplicate the exact routing of each line as most of them had been removed during the disassembly of the fuselage from the center section in the early l950s.  We were able to get the routing accurate by observing the through-fittings in the center section floor and the line mounts on each longeron. The drawings we have depicted the “B” and later model fuselages, a number of them having the same routing as our XP.

The overhauled hydraulic firewall-mounted tank has now been completed, including the fuselage suction feed/return and pressure lines. 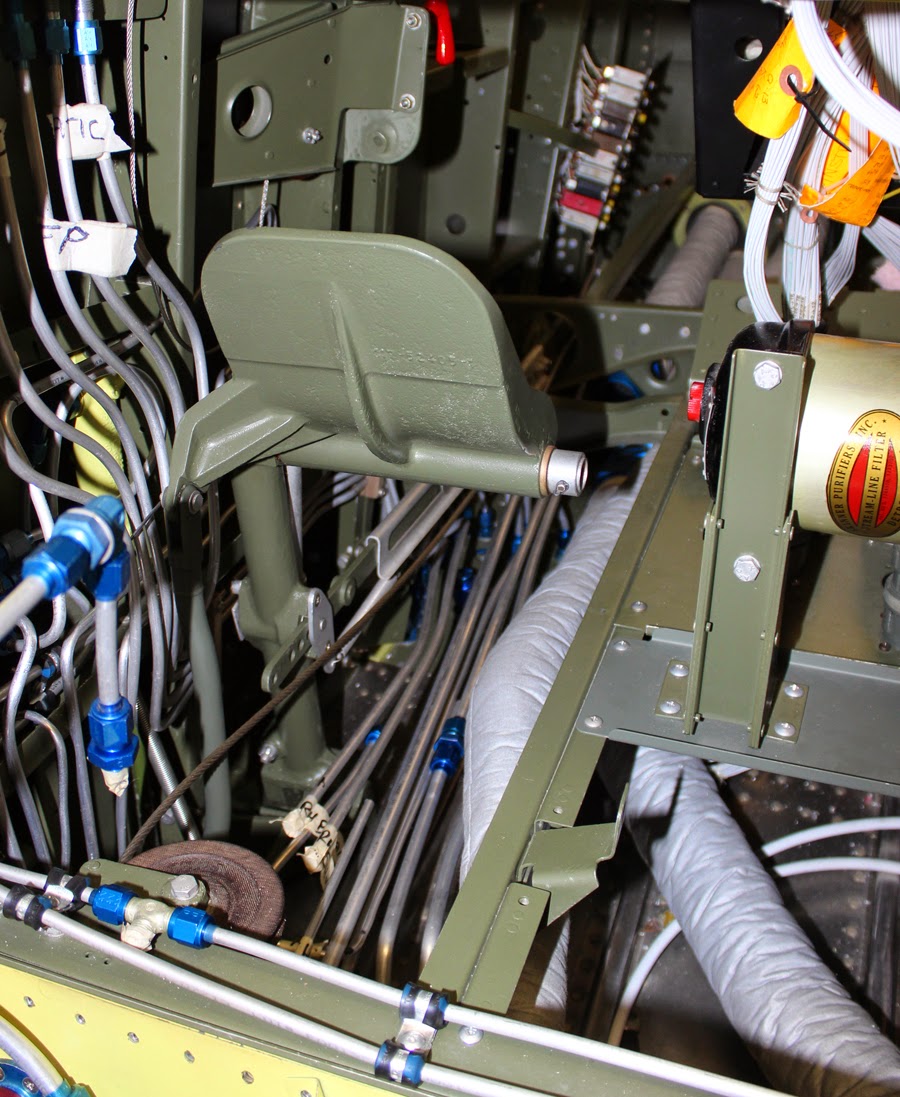 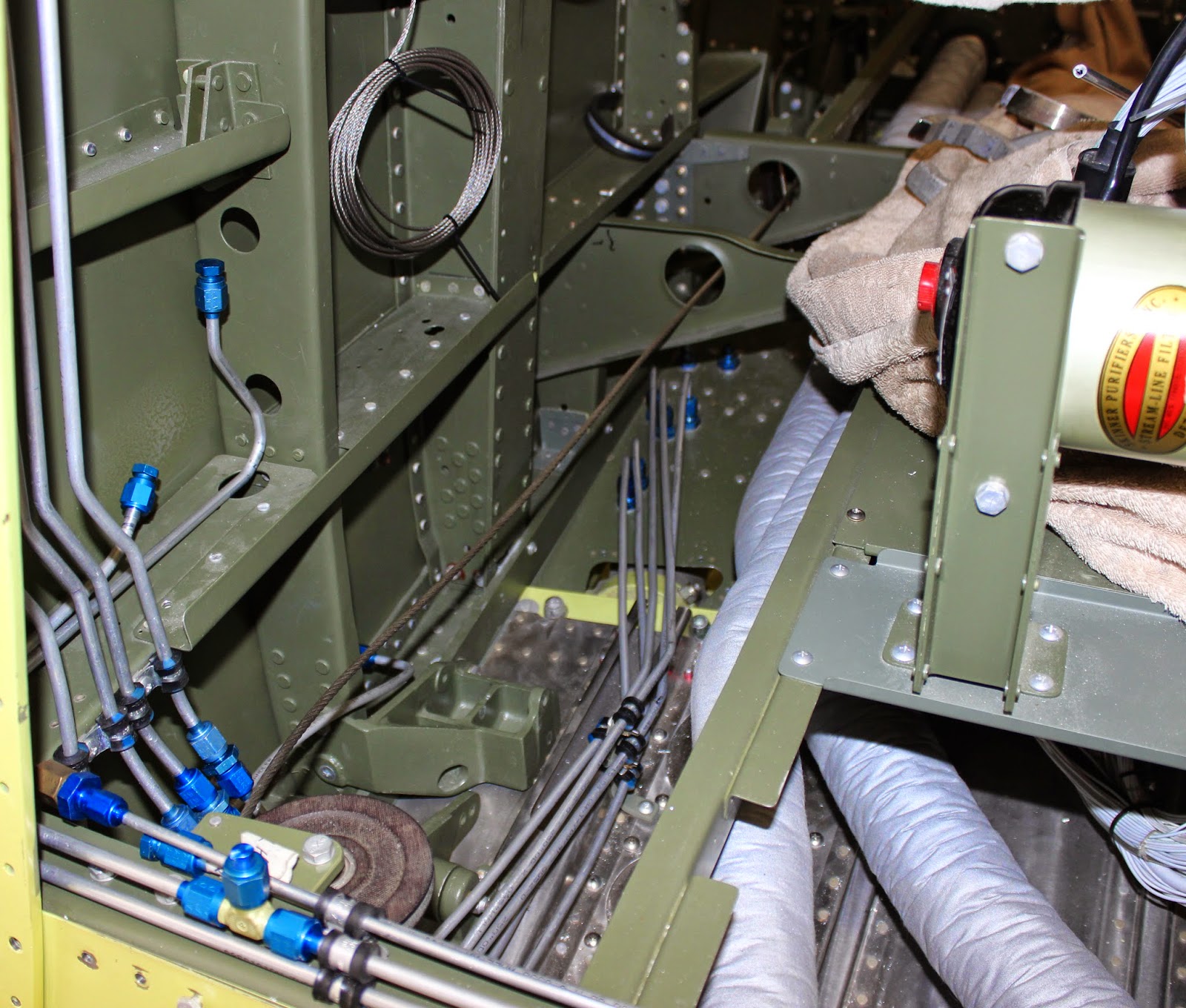 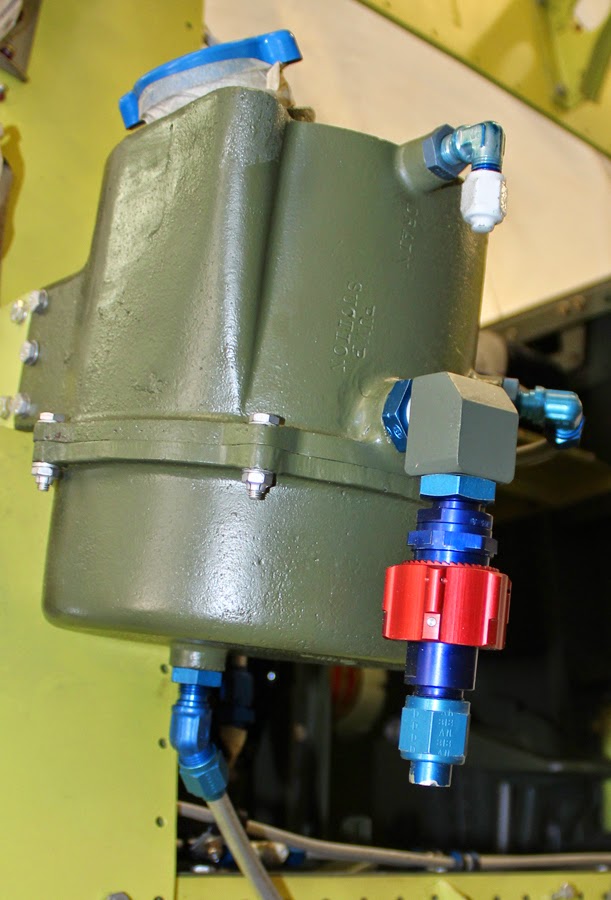 Seats
We have been restoring the seats and the question came up as to whether we are going to use the original steel armor plate or replace with .437 (7/16”) aluminum plate for weight savings. We have two original steel armor plate panels that can be easily welded, surface ground and repainted.  Where the airplane comes in on weight and balance will make the decision for us. 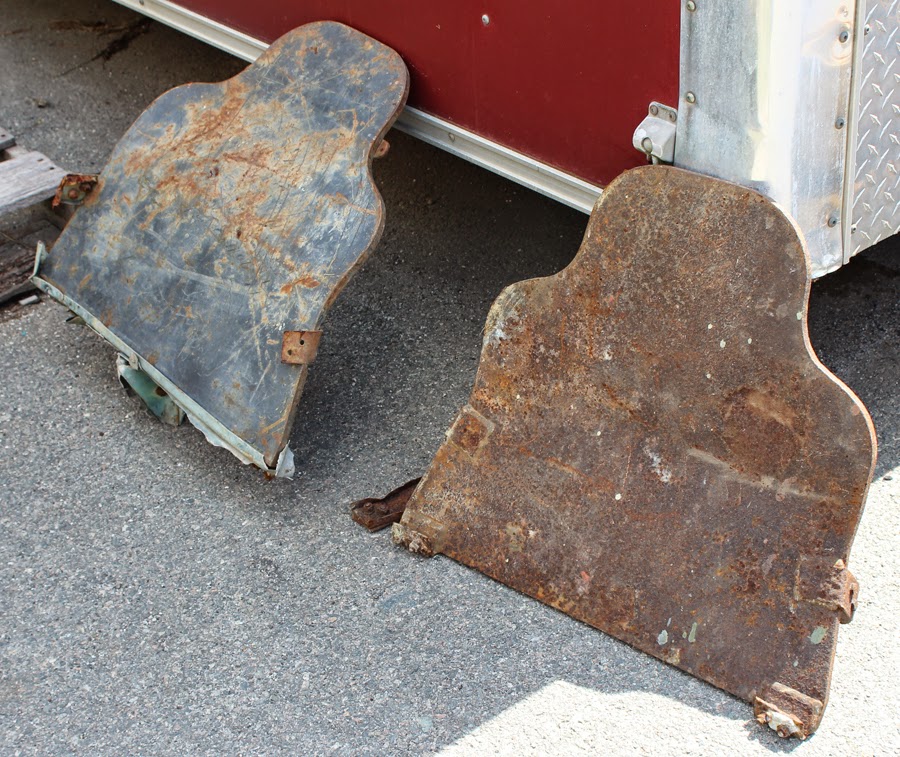 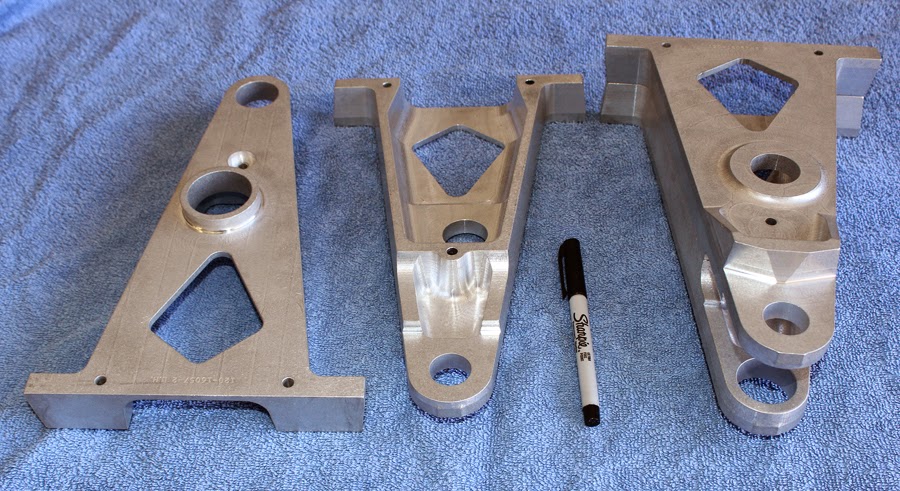 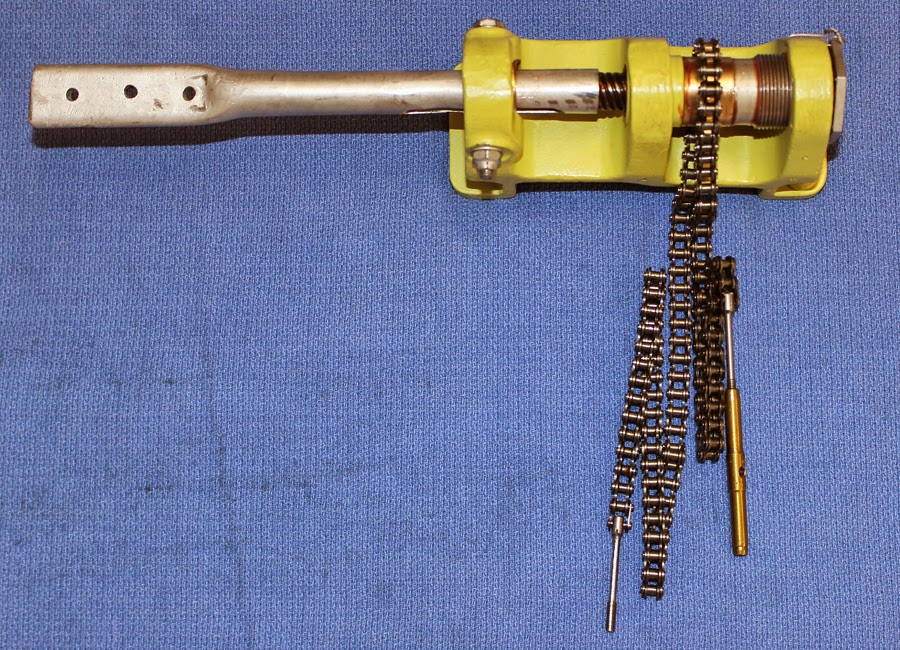 Parts Find
The first week of June I received a call from a man in Mint Hill, NC, just south of Charlotte, who had purchased a P-40 project from Ms. Janie Odgers, the family from whom we had bought from the remains of the crashed F-82H out of Fairbanks, AK. Richard Odgers, the now deceased husband, was too ill back in 2008 to travel to Anchorage to complete the sorting of the F-82 parts from the P-40 parts that he had in his warehouse.  Brent VanDervort, whose business is a large hot rod fabrication facility, purchased the P-40 project along with a small cache of F-82 parts.

I made a trip to Charlotte last week to examine what he had and, he had a number of important parts that we were still missing, i.e., four throttle quadrant cable quick disconnects and throttle handle, pilot’s glare shield gun site mount, one leading edge .50 caliber gun barrel fairing and blast tube, and a number of other small pieces of gold.  He declined my offer to pay him and said these parts were supposed to come to us six years ago.

If anyone is contemplating building a street rod, his company is Fat Man Fabrication, Mint Hill, NC. One cannot believe the quality and the massive amount of different parts that his factory manufactures for the street rod business. Thank you, Brent. 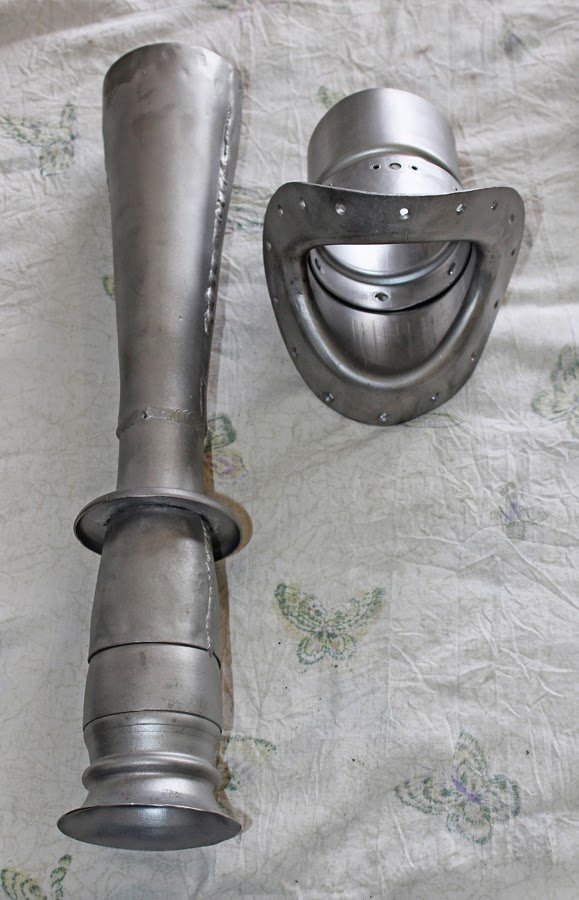 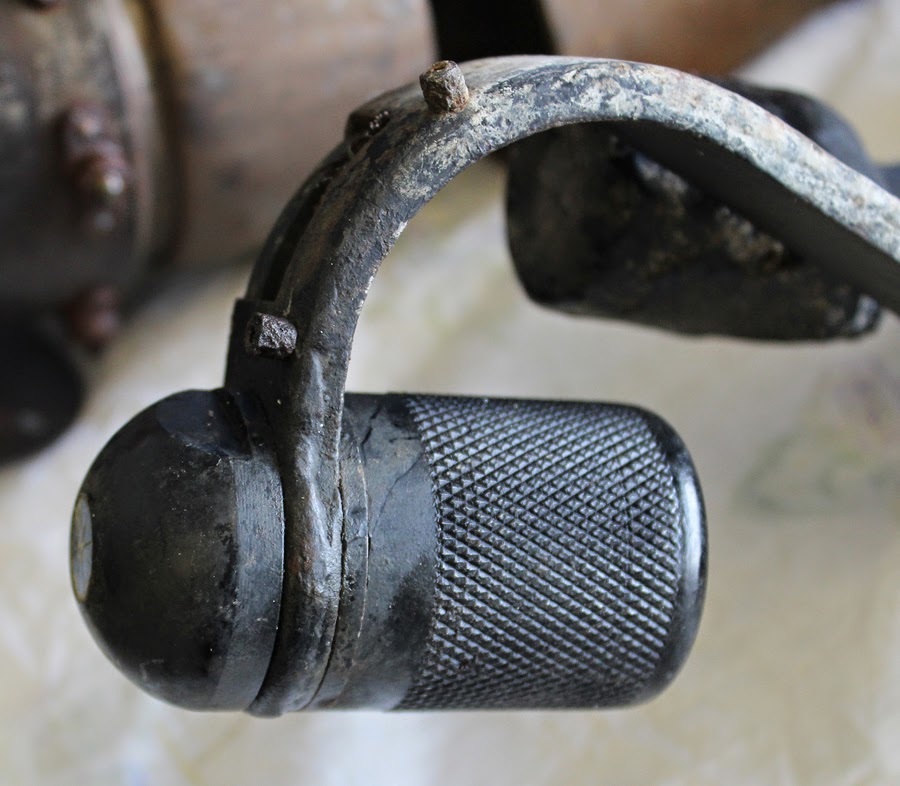 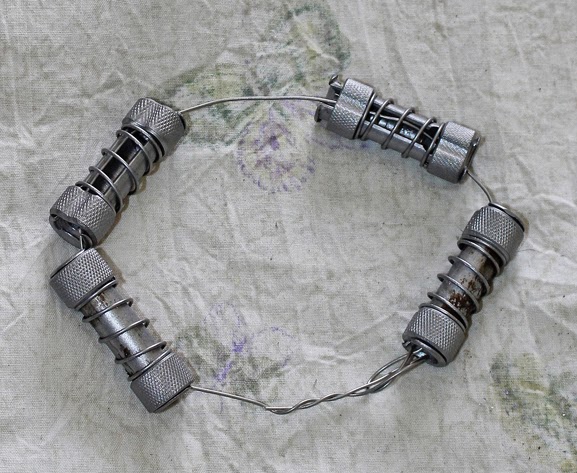 A Special Visitor
Mr. Jim Sampson, a retired USAF Alaska F-82H pilot from 1946 - 1949, gave us a very nice visit last week. He is the youngest and most agile 93-year-old I have ever met in my life. He could remember flight details, i.e., air speeds, manifold pressures, climb rates, as if it were yesterday. He was very impressed with our restoration and promises to come back on a regular basis.  Thank you, Mr. Sampson, for your USAF service. 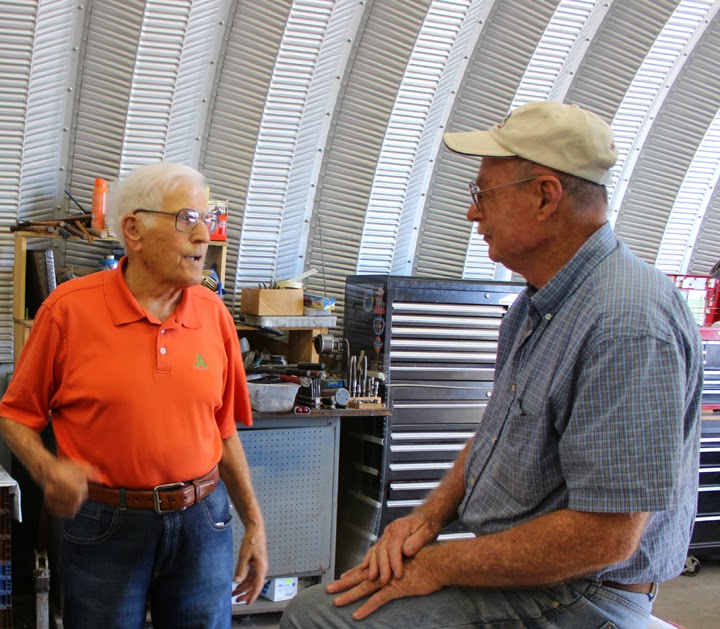 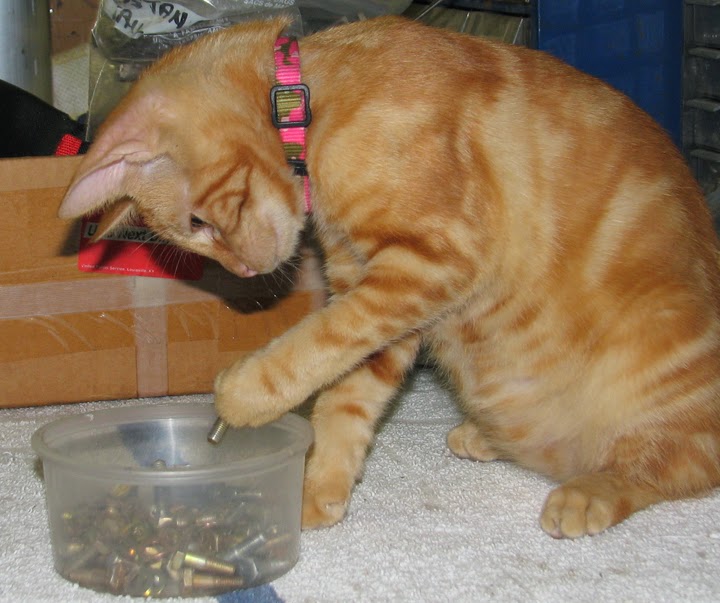 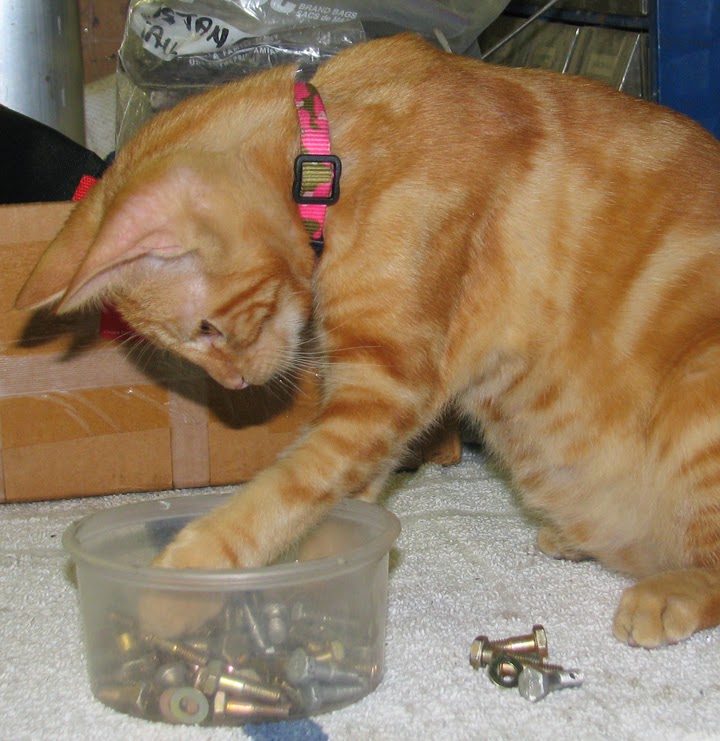 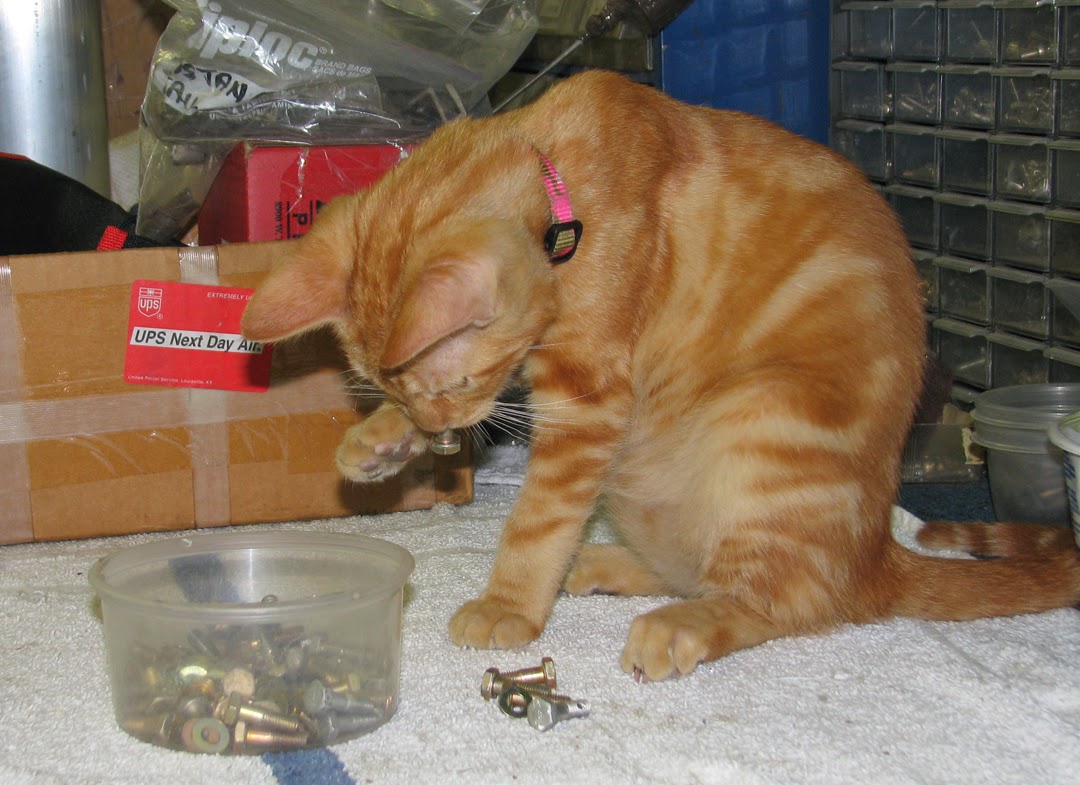 "I don't think that the Rockwell hardness on this bolt
is good enough as I can bite into it." -- Allison 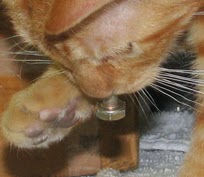