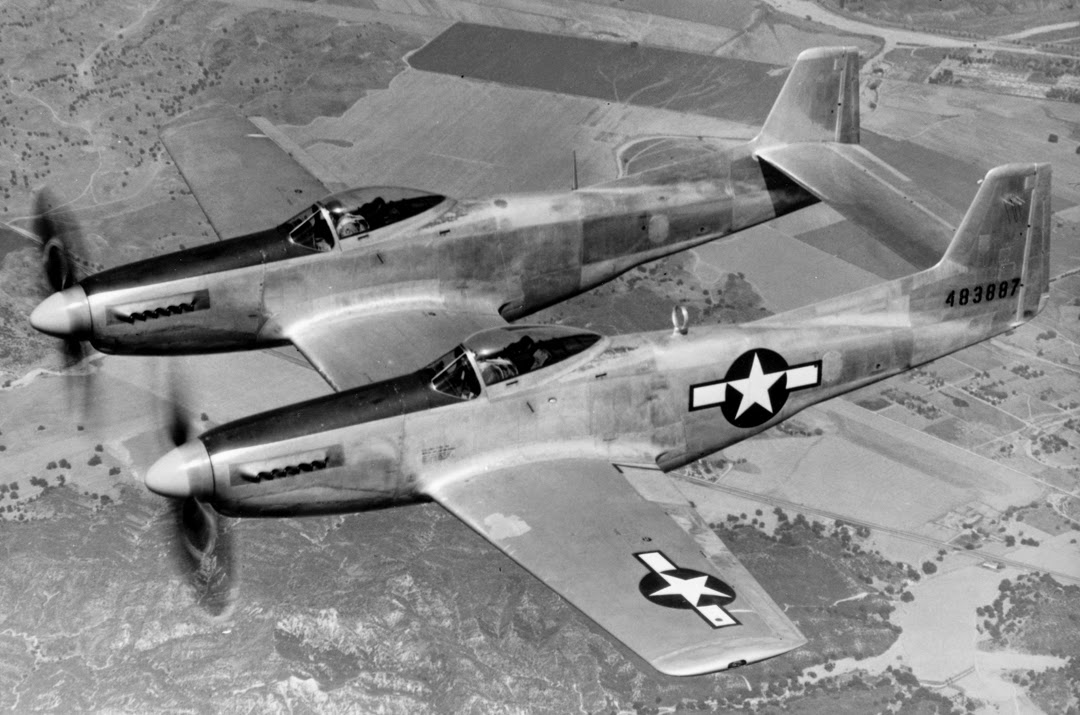 It was a very interesting month 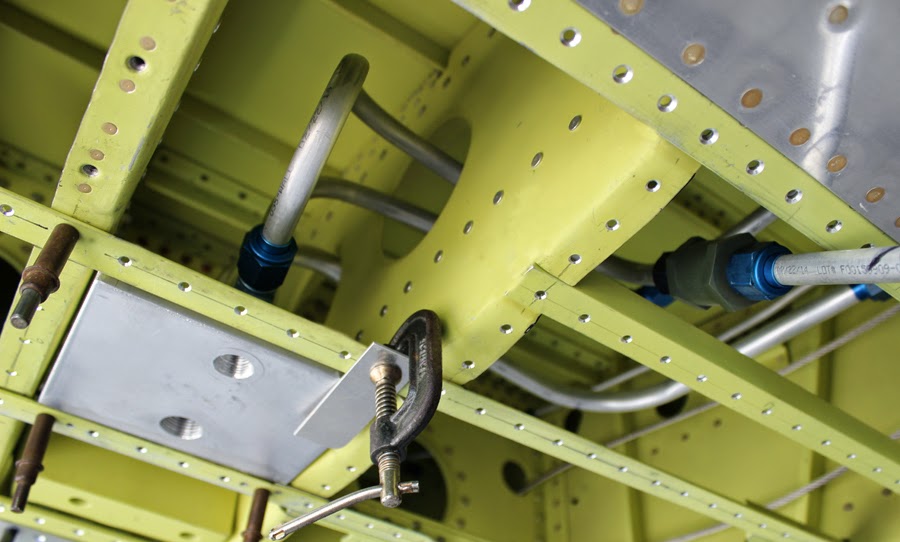 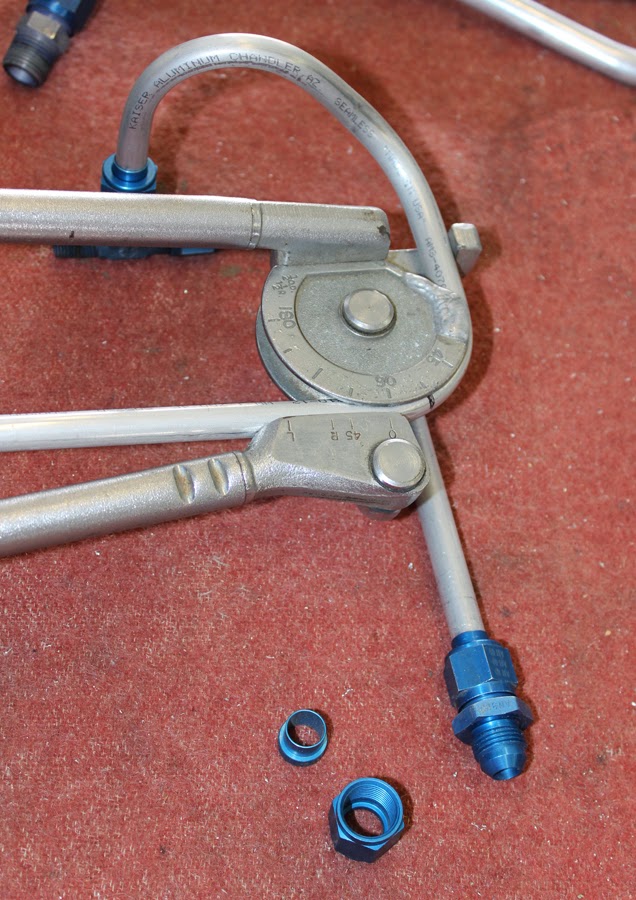 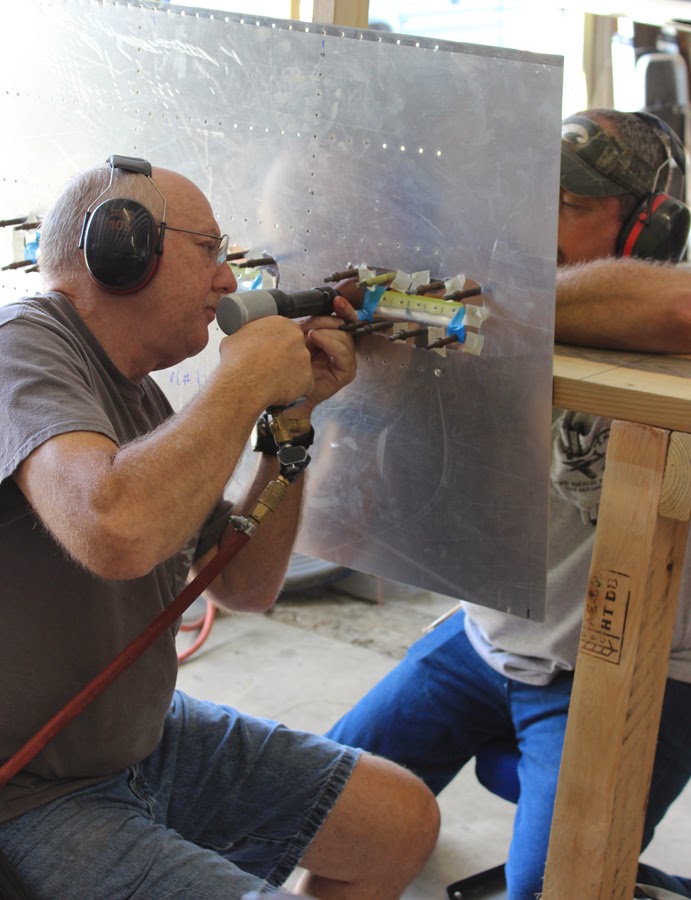 Riveting the de-ice hot air discharge vents in the lower skins of both wings.
There are fourteen of them. 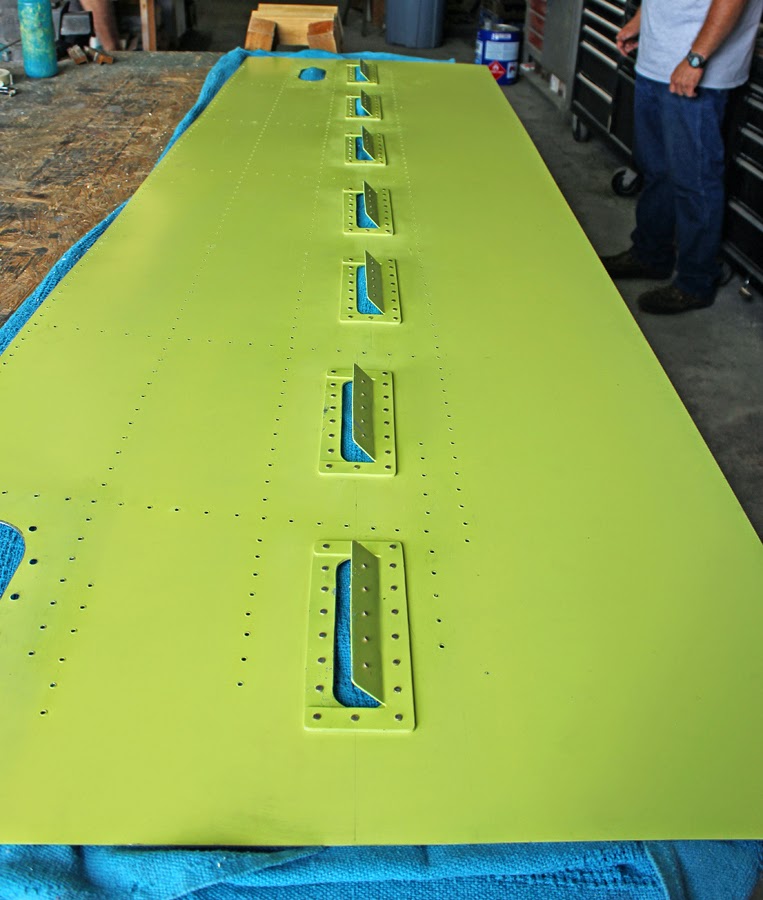 Vertical Stabilizers
Both vertical stabilizers are now completed, less the side skins that must be left off to gain access for alignment and fitting. Each vertical needed its lower skin riveting completed. Both verticals are awaiting mounting to the horizontal stabilizer and then to the aft fuselages.  All of the trim tab (rudder and elevator) pulley brackets have been installed along with all of the closeout panel, fairing and tip nut plates. The alignment, final installation and riveting of the four rudder trailing edge hinge points are now completed on each vertical.

The two aft jack points are now installed along with the gap seal extrusions in the vertical stabilizer-to-rudder bays. 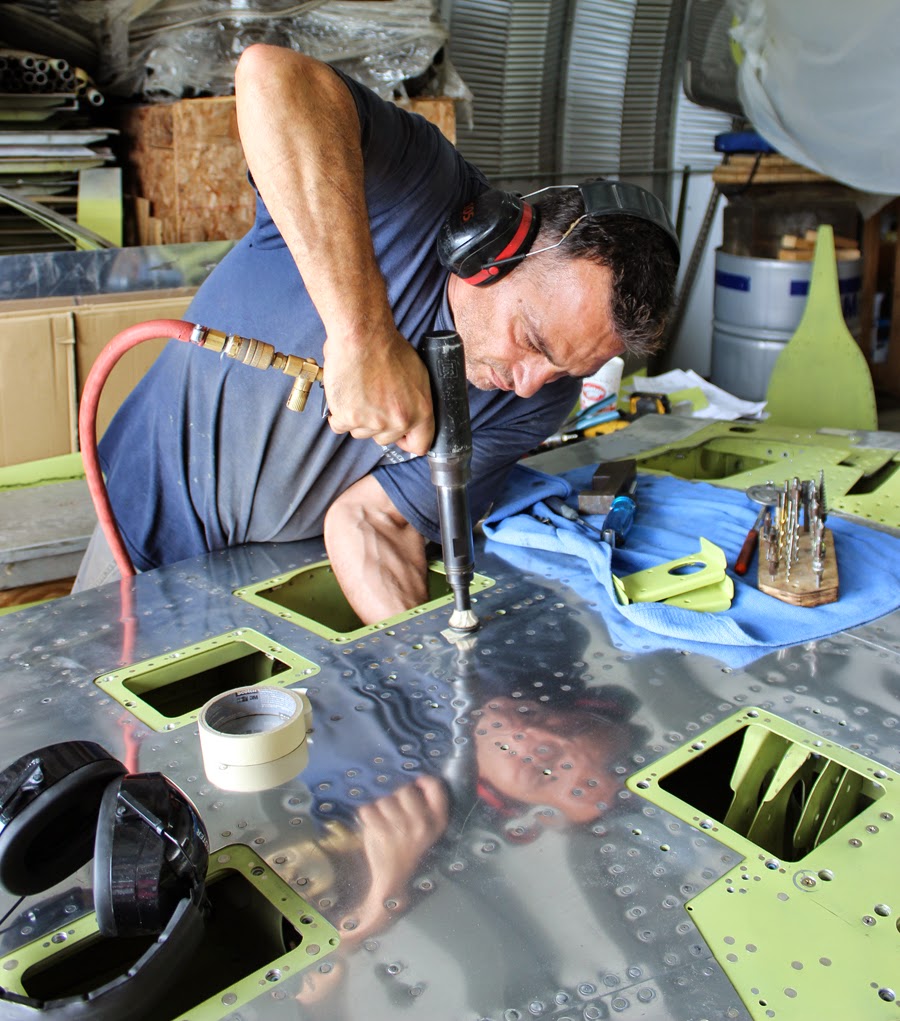 Vertical Stabilizers to Aft Fuselage Attachments
The special angles (four) have now been final fitted and drilled and reamed for the attaching 5/16” and 3/8” nut plates and close-tolerance bolts. The excess skin overlap on both aft fuselages has now been flush trimmed to accept the zero-tolerance butt-fit of the four vertical stabilizer side skins (two per vertical).

Wheels and Tires
The new Michelin Air 32 x 8.8” tires have now been mounted on our new wheels. We had to lathe out of a piece of billet two new inner-bearing and seal spacers. None of the original ones that we had from the Soplata or the Alaska wreck site were salvageable due to deep rust pits. 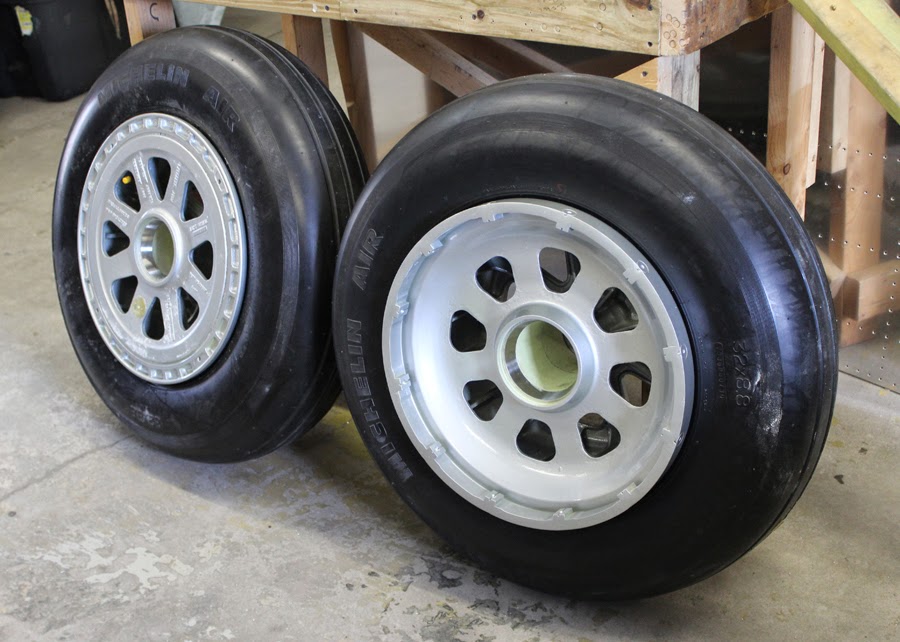 Heat Exchangers / Cooling System
One of our machine shops has completed the remainder of the brass water neck and purge fittings that get soldered on to the shell(s) of each heat exchanger. (For a size reference, the diameter of the large flanges is about 6”.) 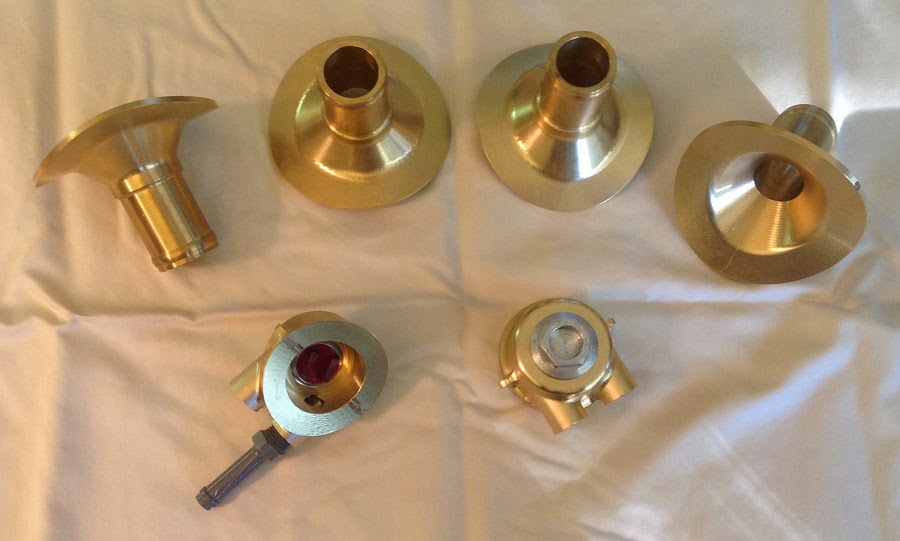 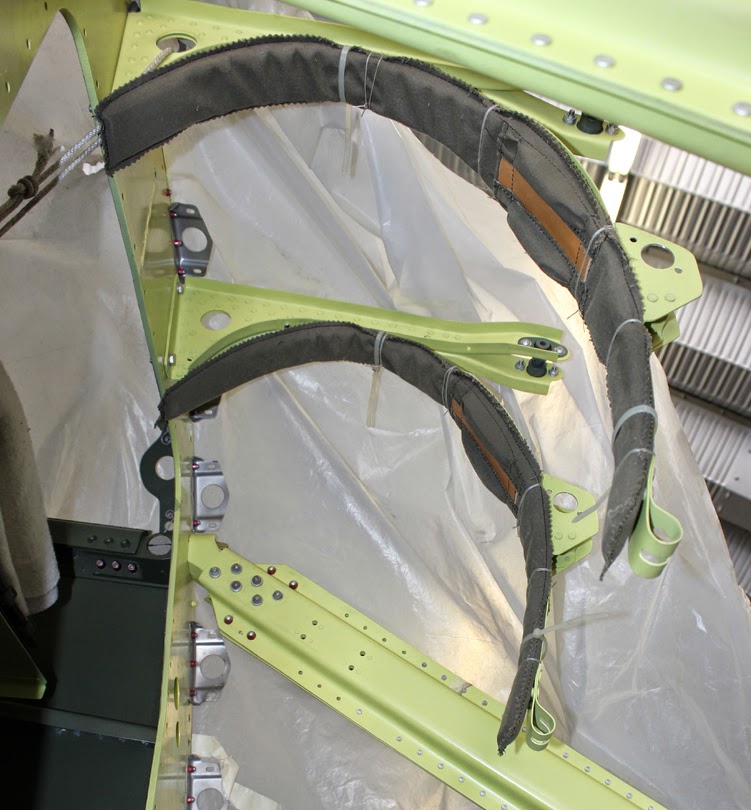 Another one of our shops completed the sewing of the chafe straps (10) for the oil and glycol header tanks.  Thank you, all.

Windshields
As mentioned in the previous news release, the two center windshield glasses are now completed and fit. The four side glasses have been sent out to an aviation Plexiglass-forming company in Ohio. We hope to have these back soon. 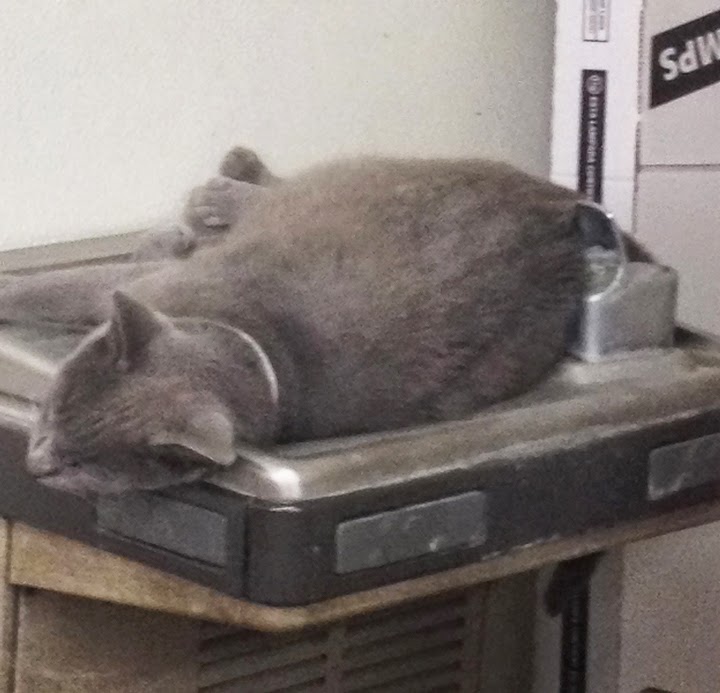 The Katz - It’s Hot!
“Would you be so kind to let everyone know as they pass the water cooler, to push the cold water button.  Thanks.”
-- Rivet