We were planning on completing the wiring in the cockpit starting this July. After witnessing the rapid progress the wing sheet metal crew had made on both wings, we realized we had to complete the fuel tank liners and all the fuel vent tubes so as not to hold them up on completing the skinning of the aft bottom of both wings.

These lower wing skins had to be left off for access to complete the fuel liners and vent tubes. Both are now completed, and the wing crew has started on the lower skinning and flap bays. 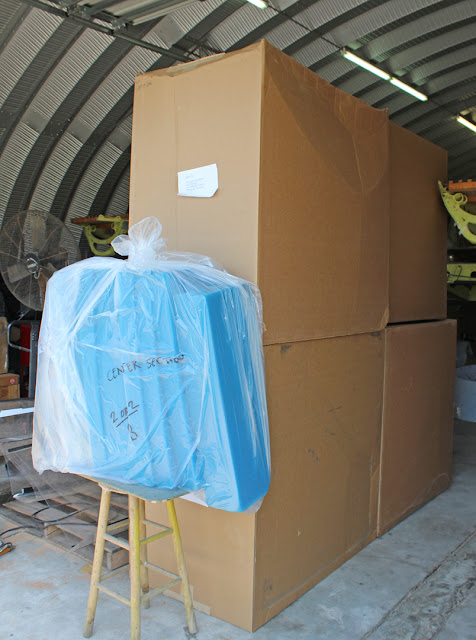 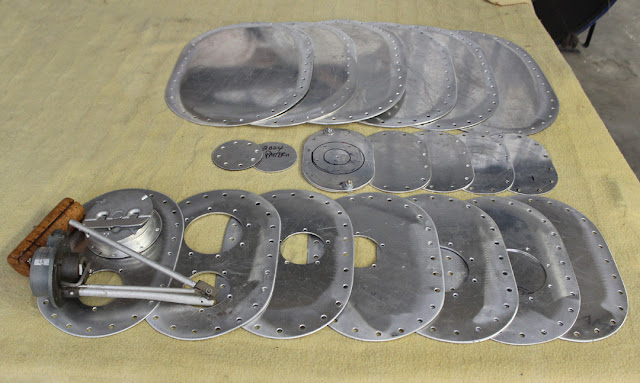 
The sheet metal crew has now started on manufacturing from scratch both outboard flaps. We had both original flaps from the Alaska wreck site, but not one piece on either flap was usable for rebuild, only as patterns. 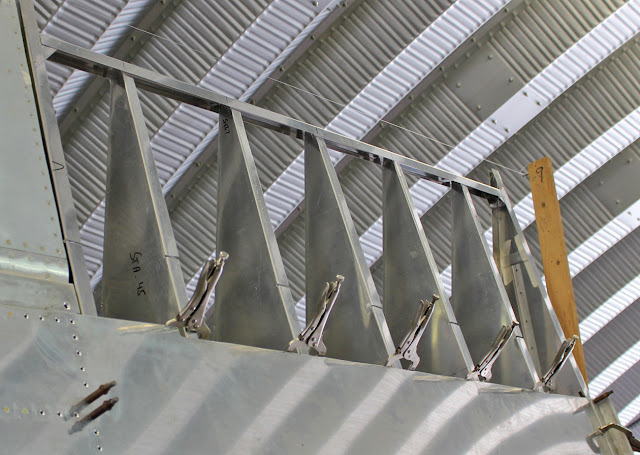 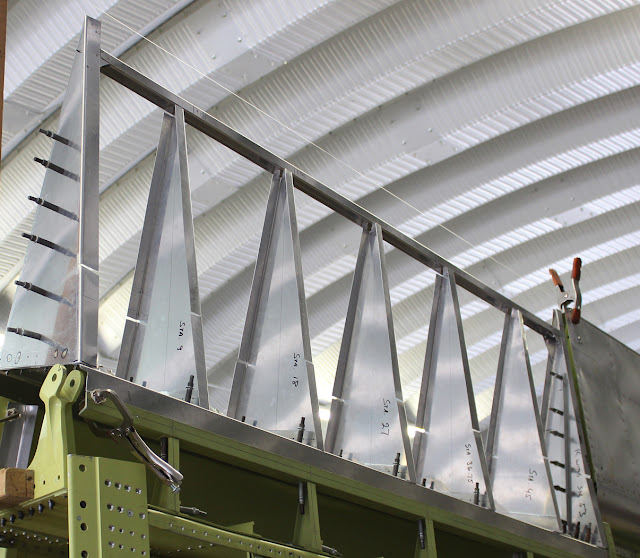 Fuselage Internal Fuel Vent Lines
The bending and installation of the multitude of fuel vent lines in the area behind of the aft cockpit wall(s) and forward of the radiator(s) is now completed. Each of these fuselage fuel vent line assemblies have large vertical and horizontal loops designed in them to prevent a discharge (loss) of fuel during inverted flight maneuvers. This fitting and installation of these tubes was difficult and time consuming, but both fuselages are now completed. 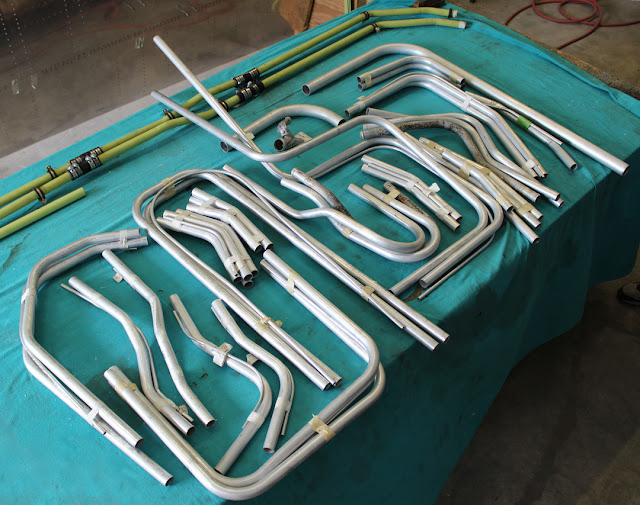 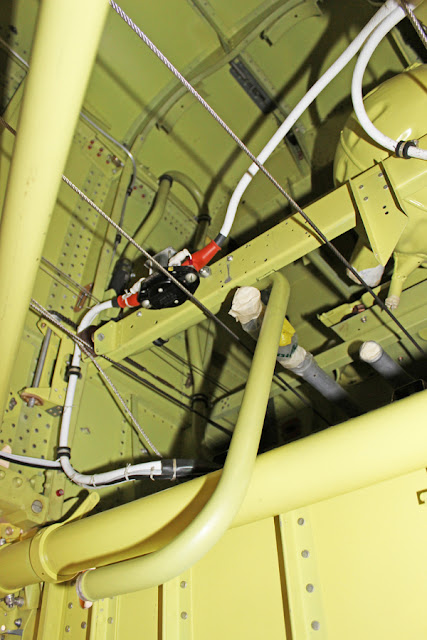 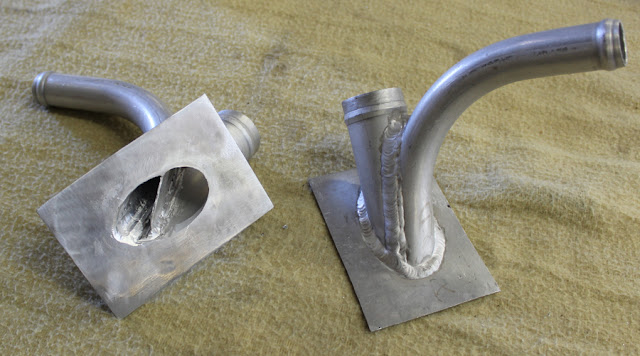 Fuel Feed Lines
All of the special mandrel-formed fuel feed lines from the tanks to the center section check valves and continuing forward to the fuel shut-offs are now completed and installed.

Wiring
The crew is now completing the last minute to-do July items and when finished, they will start on completing the final wiring hookups in the firewall/cockpit/instrument shelf areas in both cockpits. This will start sometime in mid August.

Engine Installations
The special rubber engine Dynafocal mounts that are being manufactured for us are nearing completion. When these are done, both engines will come out of their sealed cans and be installed. We are looking at late August or September at the earliest for this to be completed.

Radiators
Both radiators are now permanently installed. The final fitting of the four radiator coolant tubes in each side must wait until the final small-to-do tasks in each bay forward of each radiator is completed. If these tubes were installed now, there would be no human access to these two bays. 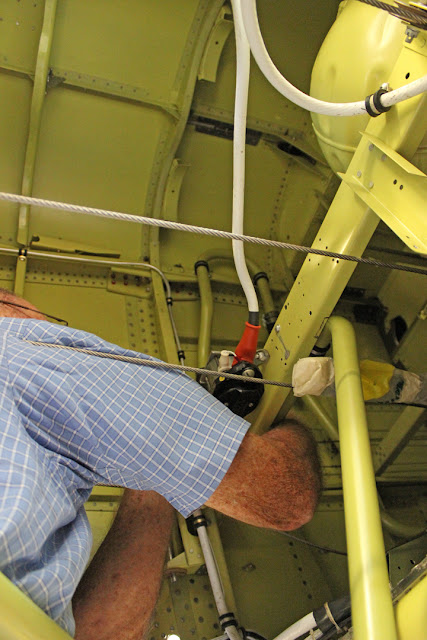 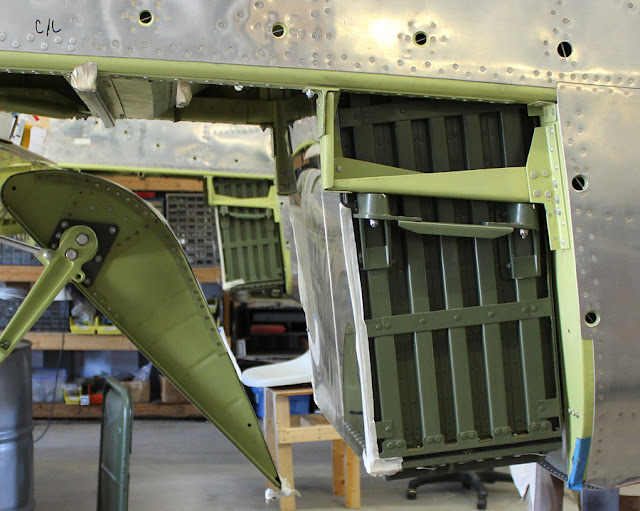 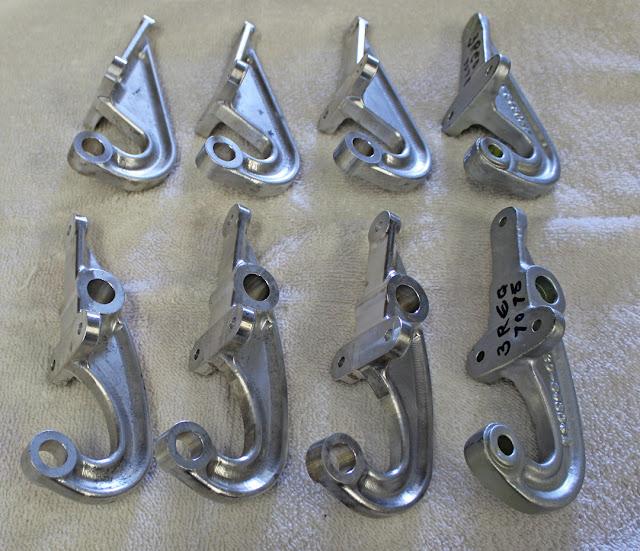 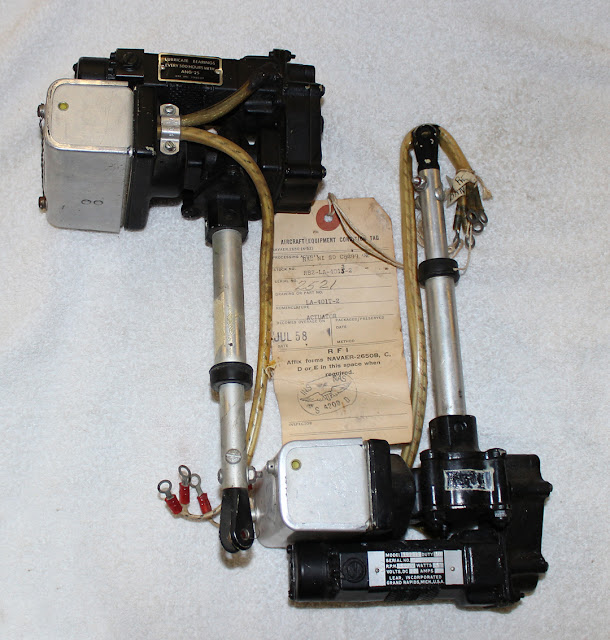 These were the last two firewall forward parts we were having an extremely difficult time finding. Larry Kelley, B-25 "Panchito", found two NOS ones for us and contributed them to our XP project.  Thanks, Larry!