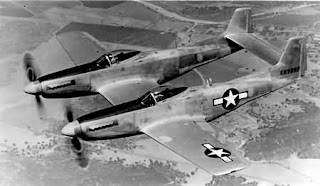 
Fuel Systems
The major job this past month has been installing the wing and center section fuel tanks, boost pumps, liquidometers and sump drains.  The installation of the two center section 95-gallon tanks was completed around the first week in January. Three of the four outboard tanks are now installed less their pumps and liquidometers. All of these will be completed when the fourth tank is finished around the first week of February. 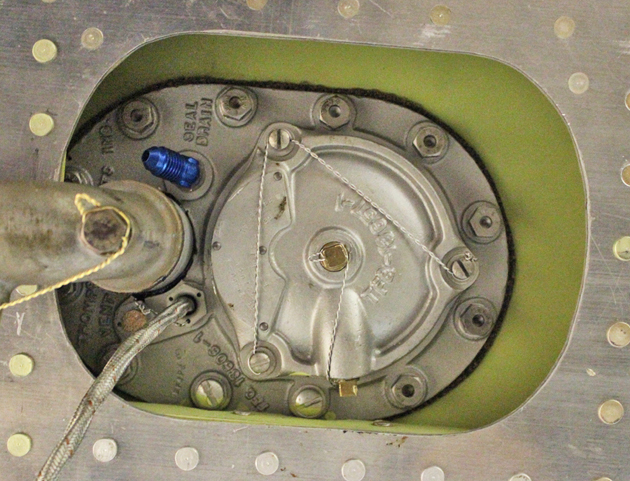 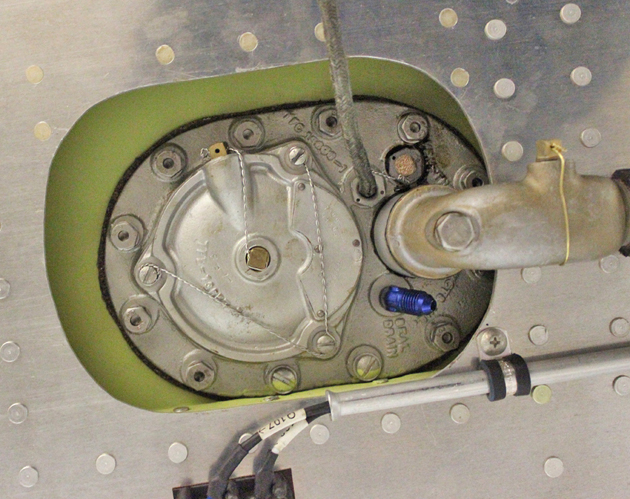 Inboard Gear Doors
The job that I had been planning for years was to manufacture the two exceptionally complex-formed inboard gear doors. We recovered two extremely damaged inboard doors from the Alaska wreck site. Neither one had any usable parts, but parts of both gave us highly valuable information. Between these two crashed door remains and the very detailed NAA plans that we have, two team members were able to complete both door frames in a short amount of time. The pattern of the press die for the inside skins is being designed. 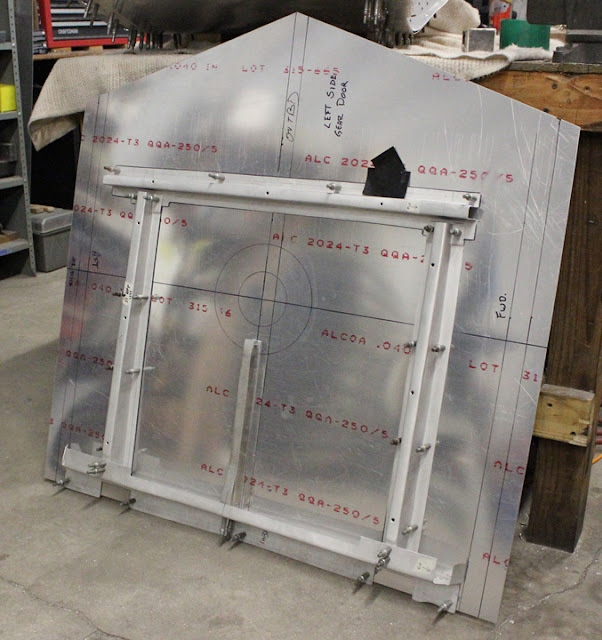 One of our machine shops supplied us with our four needed gear door hinge points.

Upper & Lower Engine Cowlings
Our machine shop finished all of the 4130-steel left-hand and right-hand upper cowling adjustable-Dzus-rail-attach points. These are the attachment fittings that join the two top cowls together down the centerline of the top of each Merlin engine.

With the lower cowling ribs being finished over the past month, the English wheeling of the six (three each engine) lower cowls has been started. Within a short amount to time, the team had the first forward lower wheeled cowl completed. The wheeling of the five remaining cowls should go smoothly. The two filtered-air screen ducts still need to be fitted in the sides of each forward cowl.

It would have been nice if these cowls were the same as a “D” model Mustang so that they could have been purchased from the current P-51 parts builders, but no such luck. 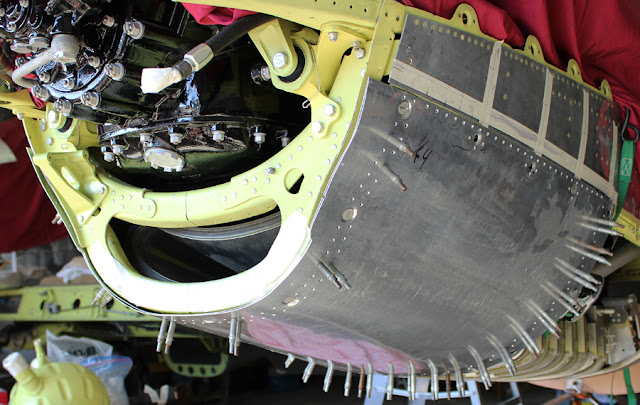 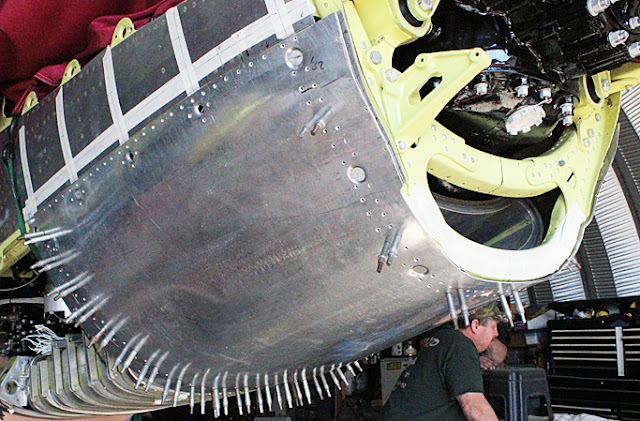 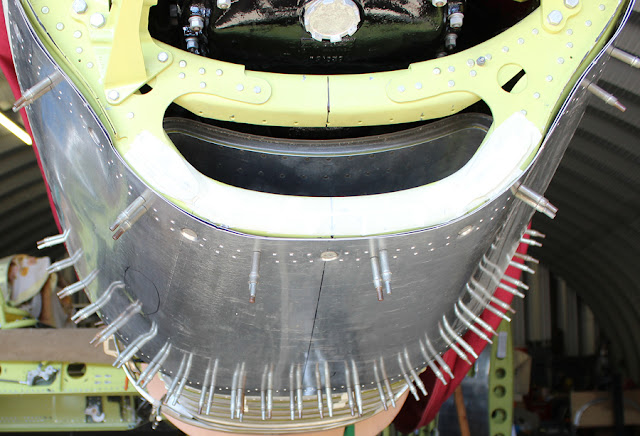 Armament / Replica Machine Guns
We received our six machine guns from the machine shop. The duplication and detail of all the parts copied from a non-fireable real .50 caliber gun are superb. All we had to do was paint and assemble each gun, and now all six are being installed in the center section gun bays.

I was also able to locate through a machine gun dealer/friend of mine, enough original WWII  .50 caliber fired shell casings with the correct date code “44” stamped on the back of each shell for authenticity. 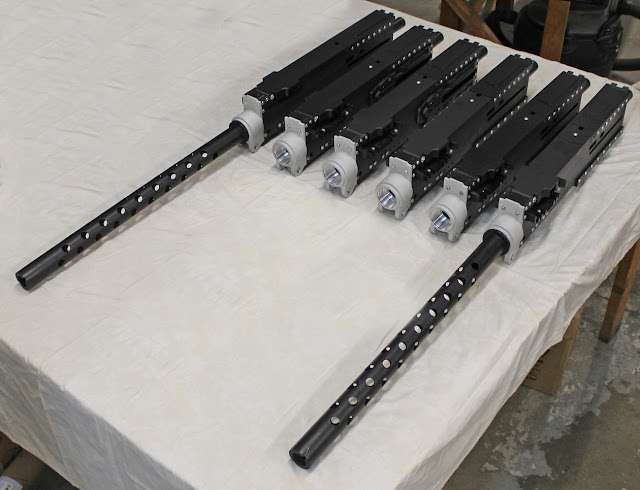 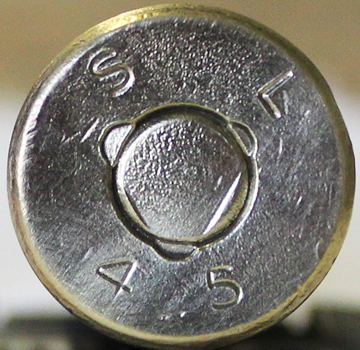 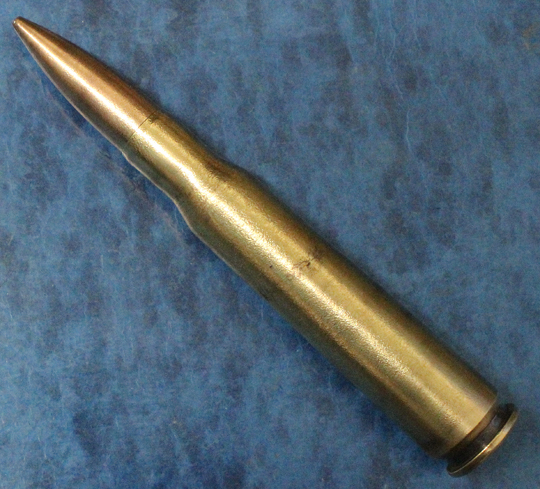 Rollout Time Frame
We are planning for the first roll out of our XP-82 to see the light of day sometime early this summer. The main task that has to be accomplished prior to that rollout is the completion and installation of the tail wheel retract mechanisms/tail wheel assemblies.

At that time we will have Nixon’s Vintage V12s (company that overhauled our two engines) come from California to start both engines and final test all firewall forward systems (fuel, oil, vacuum, hydraulic, propeller, etc., etc.).

Final Major Tasks to Complete
The five major tasks to complete are as follows:  the pressing of the one FWF dishpan and the two inboard gear door waffle skins, fitting the two outboard gear doors, and machining and installing the two brake calipers. The last item is the pressing and assembly of the air induction trunk forward lip/carburetor air control mechanism (two) located under the prop spinners.

The Kat
Do you want the length or the width?”
-Allison 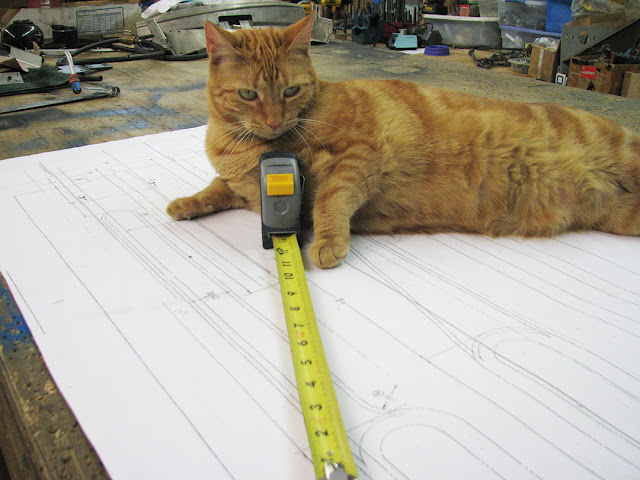