Firewalls Forward (FWF)
We are progressing very well with the multitude of FWF tasks. The remaining FWF tasks to complete are as follows: both oil feed lines (one from each oil tank), one glycol coolant return line to each firewall, one oil return line from each engine to heat exchangers and generators.

Engine Cowlings
Each engine has three lower Dzus cowls. Both lower forward cowls are now complete and both second-from-the-forward cowls are nearing completion. All of these cowls have compound shapes requiring English-wheel forming. 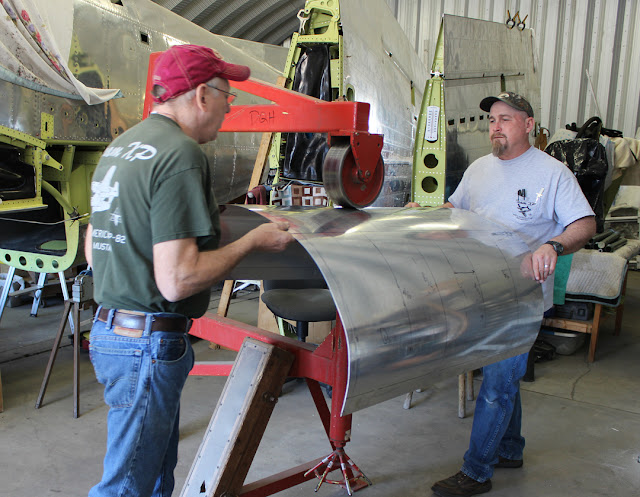 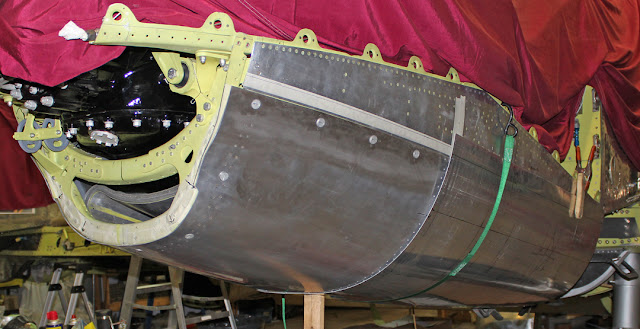 All of the ram air cooling blast tubes are now formed and awaiting installation. 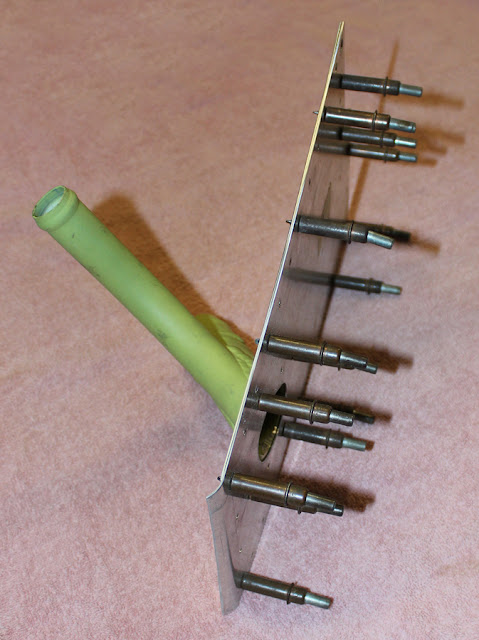 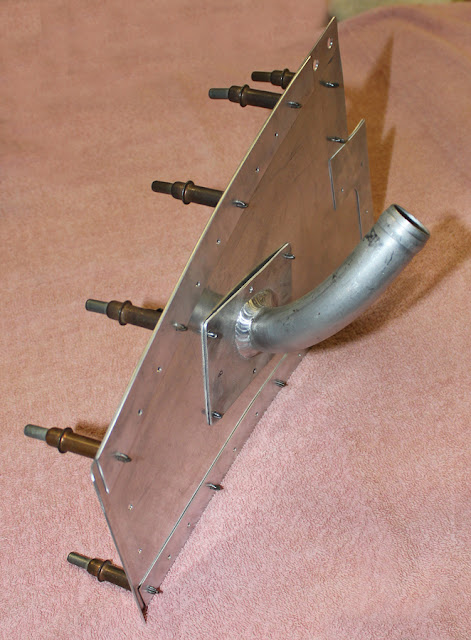 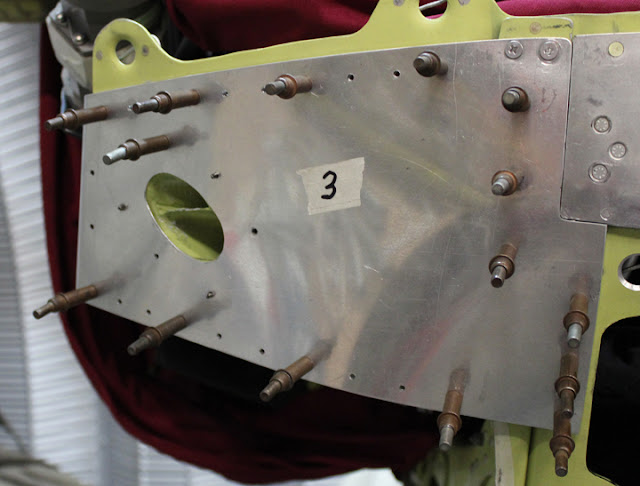 Both engine-driven fuel pumps and left engine hydraulic pump tubing and hoses are completed (the XP-82 has only one hydraulic pump fitted).  Not an issue as the landing gear will free-fall and positive lock down. 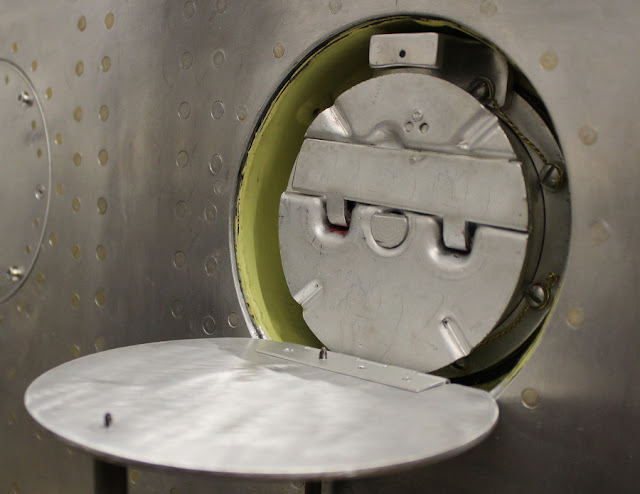 
Every coolant line from both radiators and spherical header tanks running forward to each firewall is now totally installed. A substantial job, the same as doing two complete P-51 cooling systems. 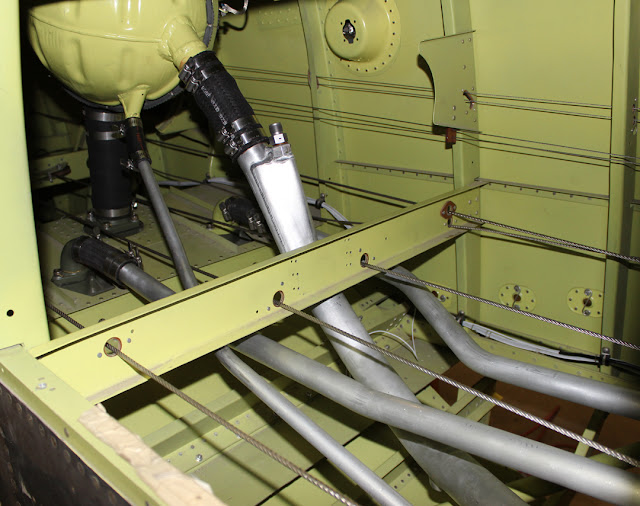 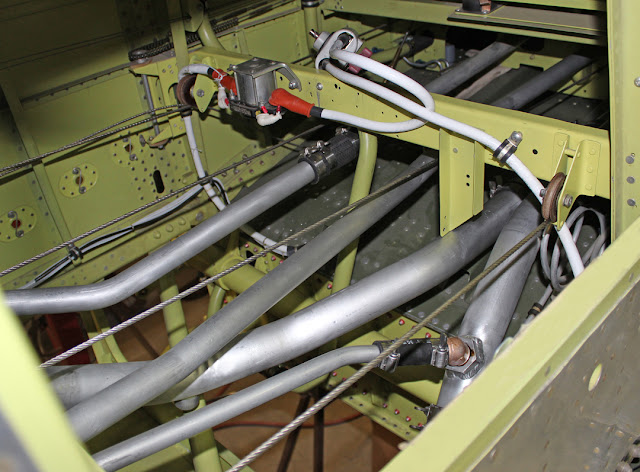 Electrical Systems
We are about a month away from completing the last few outstanding items on the electrical system. At that time we will put power on the ship for the first time to check out each system. A huge “thank you” goes out to Concorde Battery Corporation for contributing their best maintenance-free 24-volt battery. (I had one in my B-25 Mitchell and it lasted only nine years! Unbelievable!)

Inboard Gear Doors
Both inboard gear door frames are now with one of our subcontract machine shops being fitted to the large aluminum press dies to press the complicated inboard door skins.


Also, another huge “thank you” to Thrush Aircraft,  manufacturer of the best agricultural spray aircraft, for the heat-treat processing of hundreds of cowling and gear door parts for us.


Guns/Barrels/Cooling Jackets
We purchased the six cooling jackets that thread into the forward part of each .50 caliber receiver. The six original .50 caliber barrels that we have also screw into a separate set of threads in the receivers. 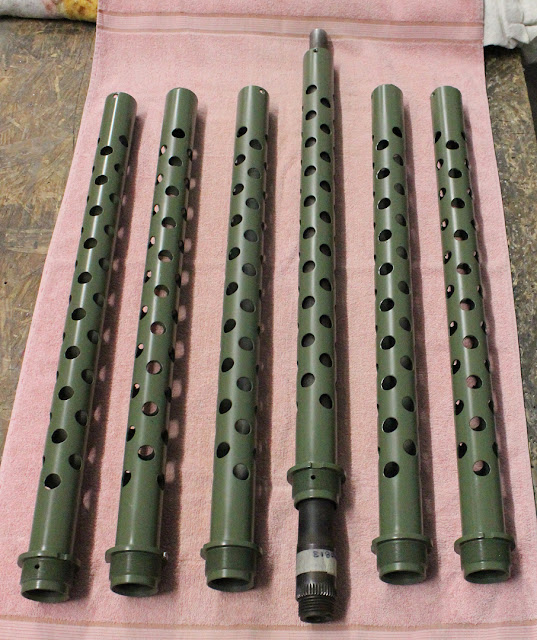 Fourth from left shows .50 caliber barrel inside the cooling jacket

Tail Wheel Assemblies
These tail wheel assemblies must have been designed by Rube Goldberg. They have an amazing amount of moving parts just to retract, steer and lock. Even though the majority of the parts were not damaged due to the Alaska impact crash from where we recovered the parts, most were non-airworthy due to being under water for sixty years. I am making a good headway and plan on having both installed, one in each aft fuselage, within a couple of months. 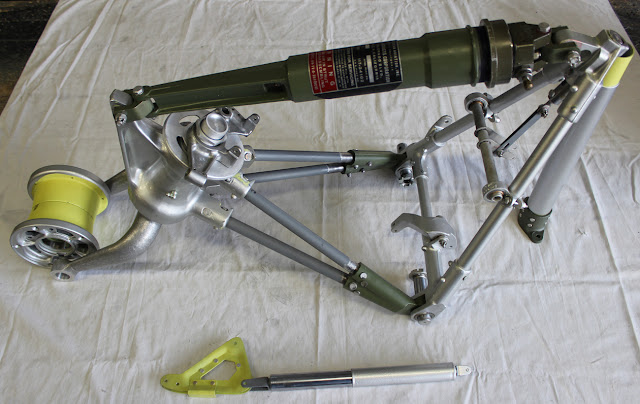 Partially assembled retractable, steerable and locking tail wheel unit prior to finish coats of Imron paint.
Only about half of the parts for one unit are showing in this picture.