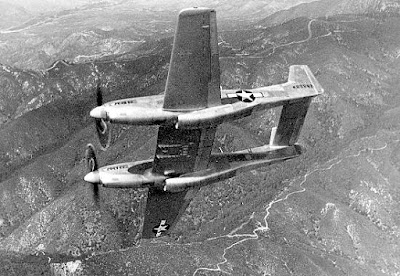 Firewall Forwards (FWFs)
All of the upper cowling hat channel ribs have been completed and final fit. Three team members have been reworking the original firewall forward left-hand engine LH and RH top/side panels that go from the firewall to the propeller, one on each side, that came with the original purchase of XP-82. They had been out in the weather for years with countless pieces of steel and aluminum stacked on them, introducing numerous dents and scratches.  The team members have been English wheeling these dents out of the surfaces and burnishing out the scratches.

We received back two full sets of new 4130 steel cowling latches. We had to order two complete sets, one for each engine, as all of the original steel parts were rusted beyond repair. These parts had to be sent for heat-treating to be brought up to the proper hardness and then on to cadmium plating. 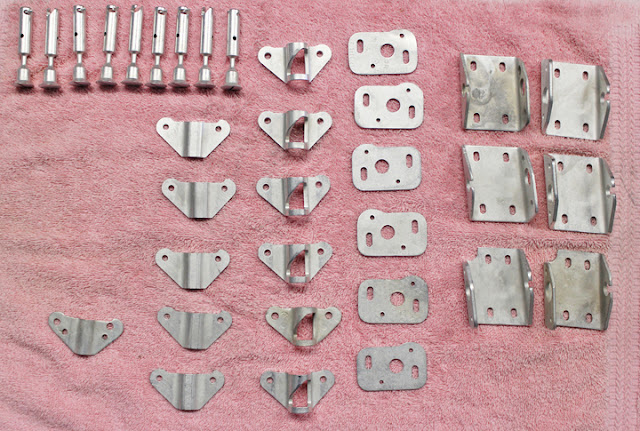 The two NOS generator cores were just received back in overhauled condition from Aero Accessories in San Antonio, TX. Each one will have been installed on each engine by the time you read this.

All of the 28-volt FWF wiring harnesses, fuel/oil/manifold pressure/vapor return and vacuum lines are totally completed on both engines. 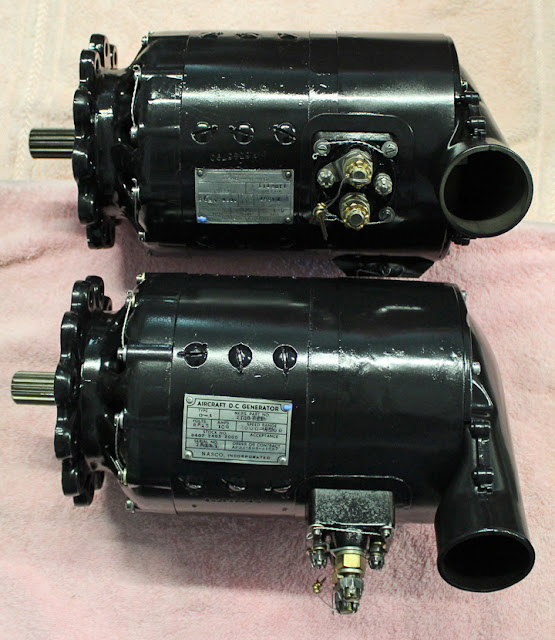 We also had to have two special  30° offset #16 (1”) carburetor inlet fuel fittings machined. These two fuel fittings adapt the upgraded Aeroquip 302A-16 fire-resistant hoses running from the engine-driven fuel pumps back to the carburetors. 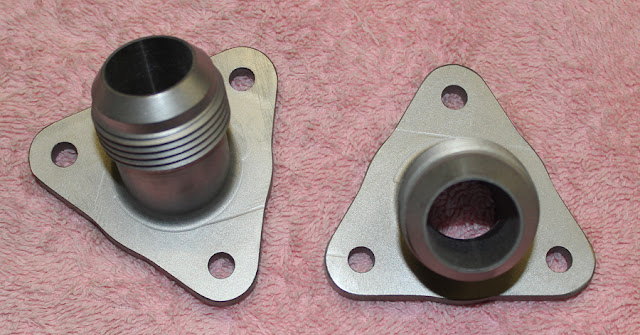 Wing Center Section Leading Edge
A lot of work has been going into the leading edge stainless steel gun ports (six). We had two out of the Alaska wreck site that were basically undamaged. We also had two that were partially damaged and able to be salvaged, with two having to be formed and welded from scratch. This is a complicated procedure as they must precisely fit the new-formed leading edge.

Tail Wheel Assemblies
We are about 90% finished with the two tail wheel assemblies with about another 90% to go. These are extremely complicated mechanisms that have at least a thousand moving parts. We have about 20 parts left that have to be machined and still must go to heat treat and/or cadmium plating.

The new tires and tail wheel tubes have been mounted on the two tail wheel assemblies awaiting final mounting when the axles return from cadmium plating.

We are having the tail wheel door skins (four) pressed as we speak. 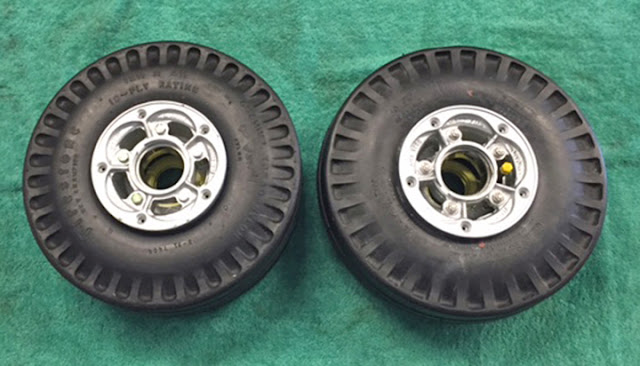 .50 Caliber Machine Guns
The final fitting of the six .50 caliber replica machine guns is advancing along well. We were able to purchase all of the ammunition we need from a machine gun dealer friend. We have even gone as far as finding original 1943 date code armor-piercing, empty powder ammunition with live primers and black tip (armor-piercing designation) bullets. What we must do for authenticity is polish off the black tip on four out of five original projectiles and dip the tip of one of every five linked cartridges into an orange-red paint to designate a tracer round. This way, out of five linked cartridges, #1 will be armor-piercing, #2 will be a tracer, and #3, #4 and #5 will be standard ball ammunition. 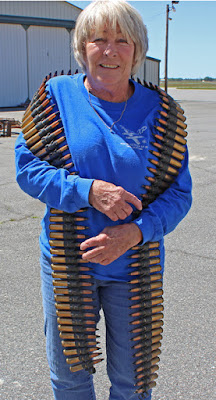 We have also gone to the extent of installing original .50 caliber barrels and cooling jackets so that when one looks into the leading edge of the wing center section, they will be able to see the rifling in the barrels.

The armament specialist that we have hired is progressing nicely on fitting the feed chutes and link ejector discharge chutes. All six guns have been temporarily installed for final fitting. 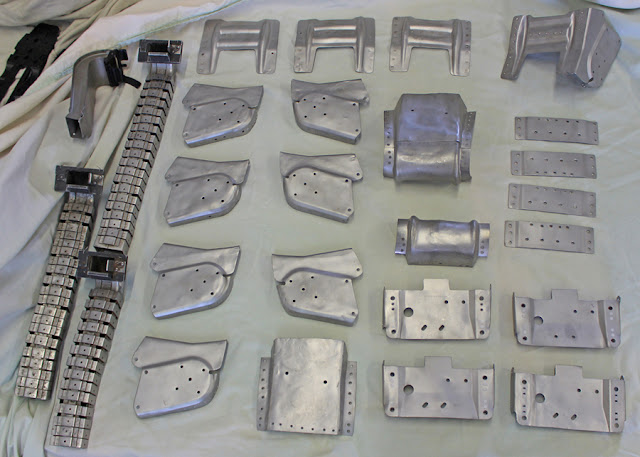 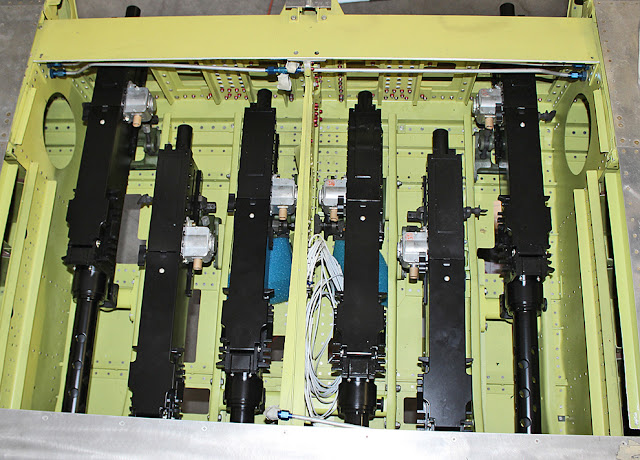 Six .50 caliber machine guns mounted looking aft.
One can see the gun heater and firing wires
coiled up prior to routing and hook-up. 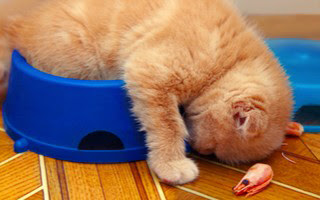